Madeline has been losing teeth at a rapid rate. The poor girl is going to start kindergarten without any front teeth at all. I talked here about wanting to do charm bracelets for the girls and not starting out on the right foot with it, although everything turned out fine. For this tooth, though, I was determined that the charm bracelet tradition was going to start.

As you know, unpacking has been going slowly due to my bed rest and we decided that we would save my craft room for a winter project. It’s frustrating, but the right decision. However, it meant that, once again, I wasn’t able to find the charm bracelet supplies I had already collected. So, off to the store I trundled.

They didn’t have the kind of charms I was really after, but they had some that I knew she would love and I could work on collecting more. It was a good thing I didn’t wait because Madeline sneezed out her tooth later that day. We have yet to find the tooth, so a note to the Tooth Fairy was in order. 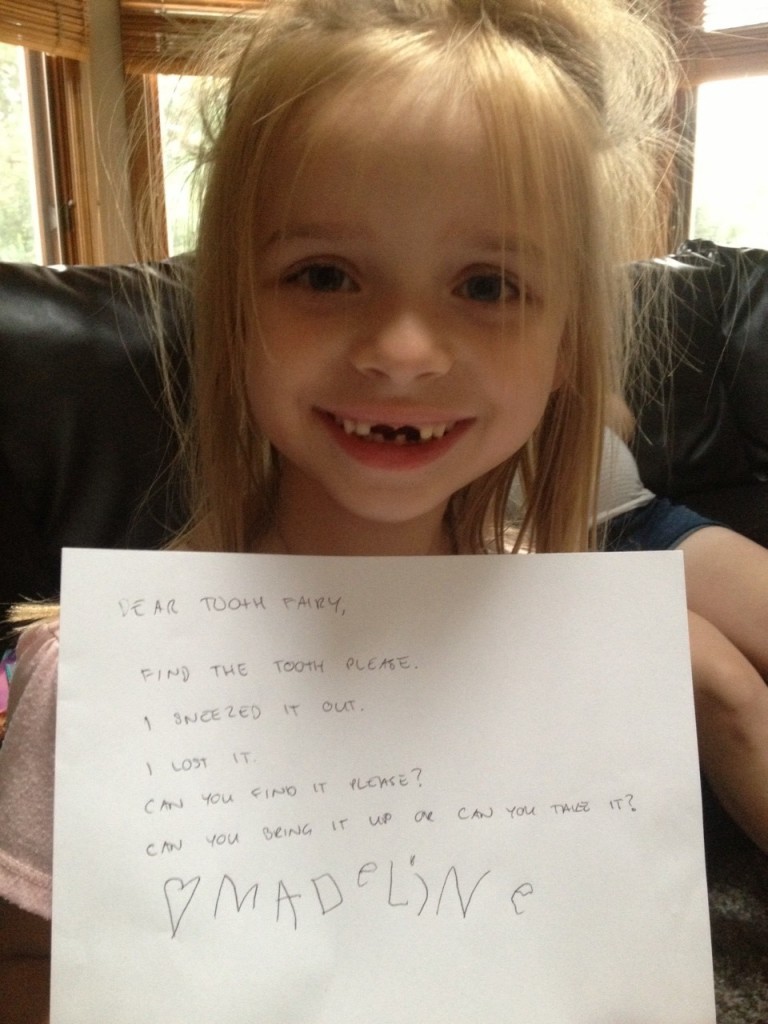 She went to bed and I got to work. 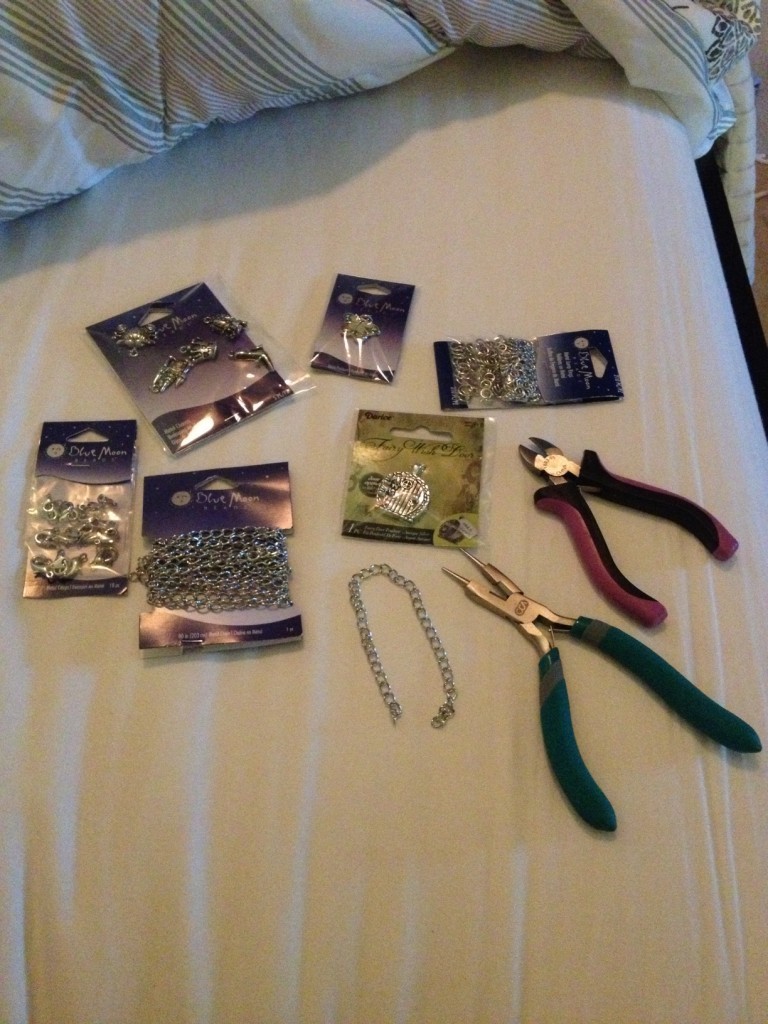 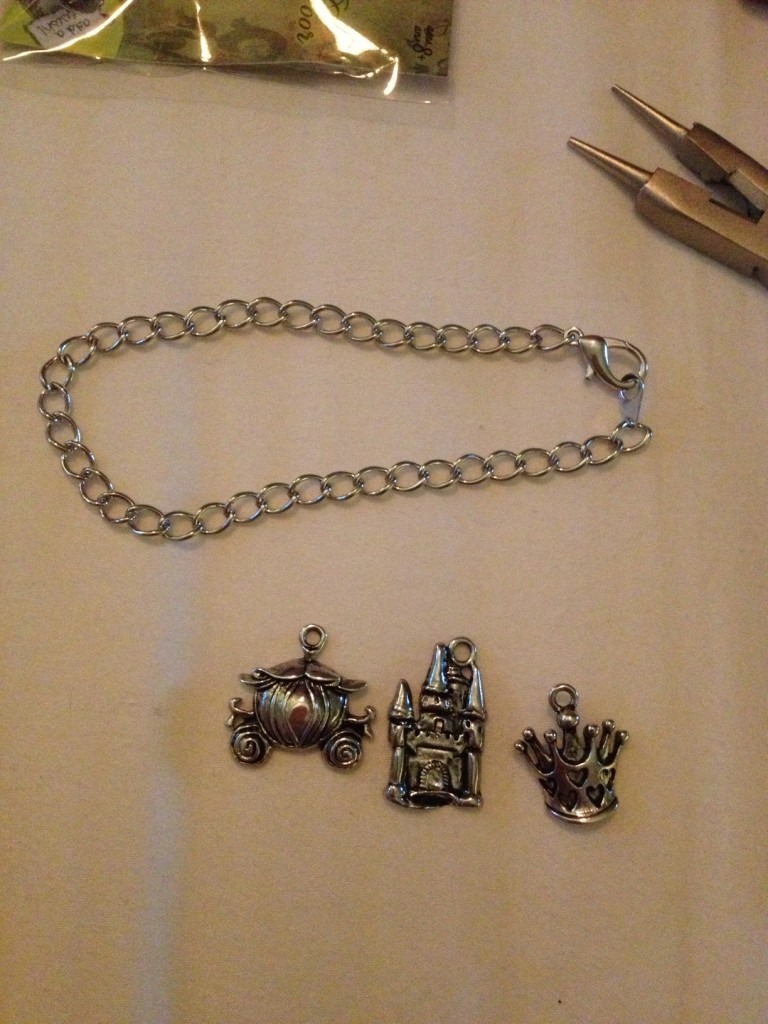 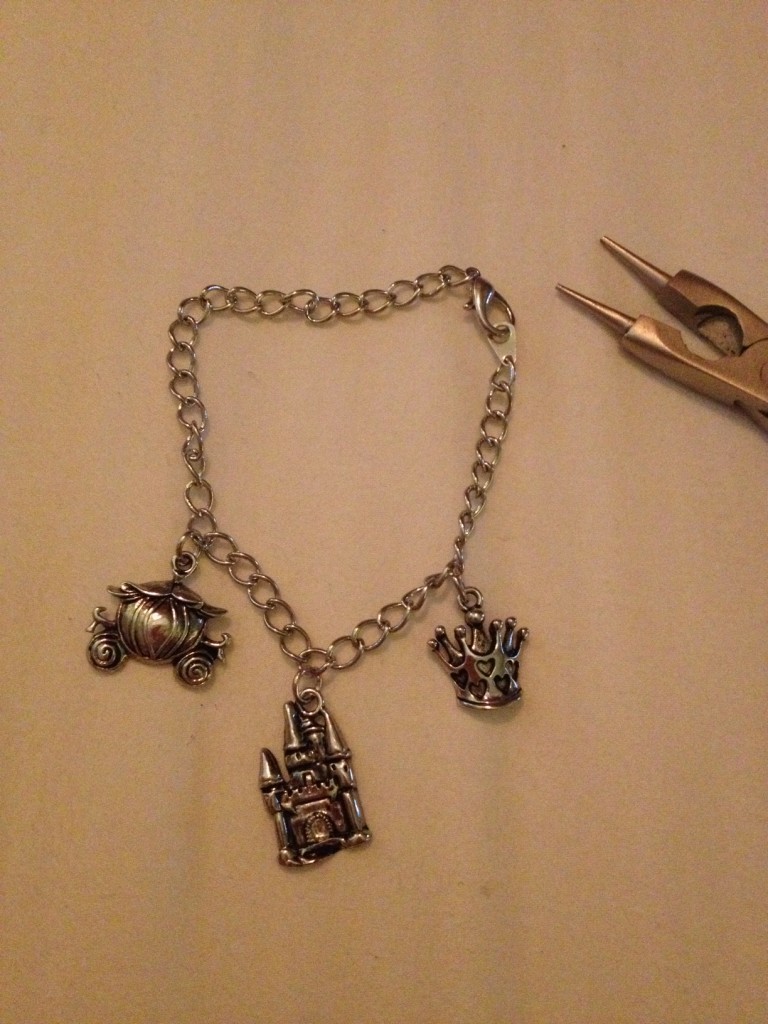 It had been a long time since I had made anything because of all the things going on and it felt great to complete a project, even as little and simple as this one was. I’ll be adding two more charms to the bracelet very shortly as Madeline is about to lose her fourth and fifth teeth. For her next charms, I’m hoping for some color. 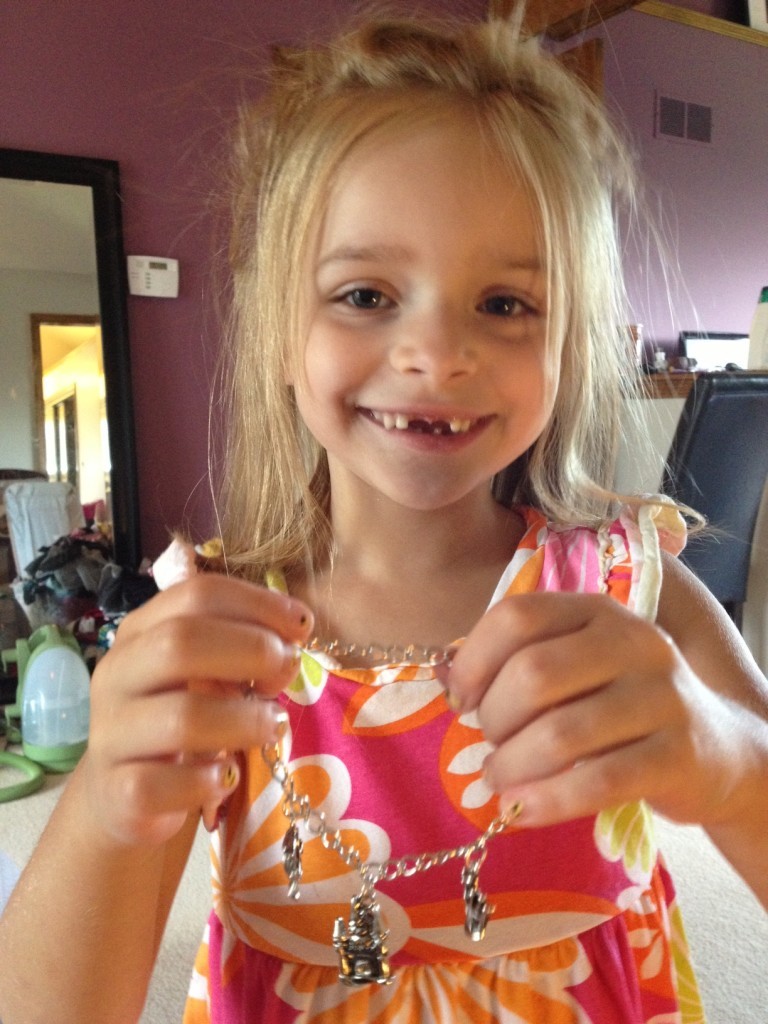 Madeline absolutely loved her bracelet and is very excited to see what future charms she receives from the Tooth Fairy. I love that such a small project has brought both of us such happiness.