Is a Day Tour Right for You?

I had my trip to Ireland all planned out– Scott and I would have a couple of days in Dublin together and then he would get stuck into his conference while I rented a car and headed out west. I had a list of places I wanted to see and right at the top were the Cliffs of Moher. When I went to book my rental, though, I realized way too late that I hadn’t been paying attention and my driver’s license had expired. Renting a car was no longer an option. I couldn’t come up with a plan that allowed me to do what I wanted, so I started looking at day tours. I’ve never been tempted by a day tour before–they just didn’t seem to fit with my style of travel. In this case, though, a day tour seemed like the best way to get to the Cliffs and it was also a chance to see what one was like. I’m going to go through my day tour in the hope that you can decide if a day tour is right for you. 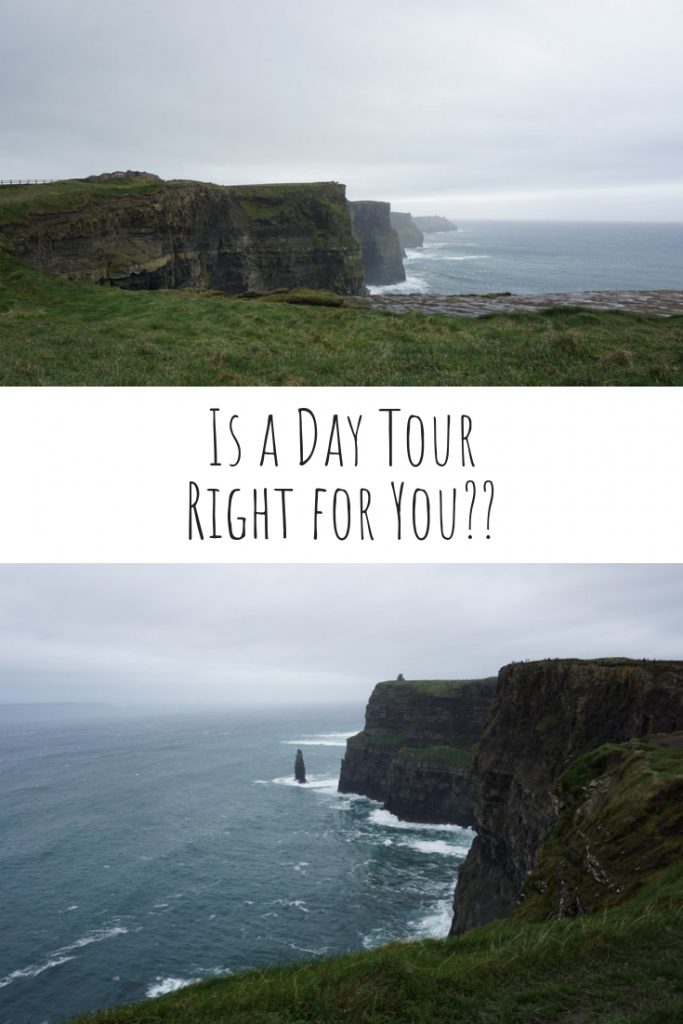 Before I start, I want to emphasize that the tour I chose did exactly what they advertised. We hit every stop on the itinerary and had the listed amount of time. Our guide was knowledgable and I did learn facts that I probably wouldn’t have otherwise. I chose the Premium Cliffs of Moher Tour from Irish Day Tours. We met at the Molly Malone statue in Dublin at 7:15 am and boarded the tour bus. Our tour guide was also the driver, which isn’t my favourite (I get nervous). The bus wasn’t full for my tour and people were able to spread out a little bit. I was the only person on the tour who was solo-everyone else was at least in groups of two. 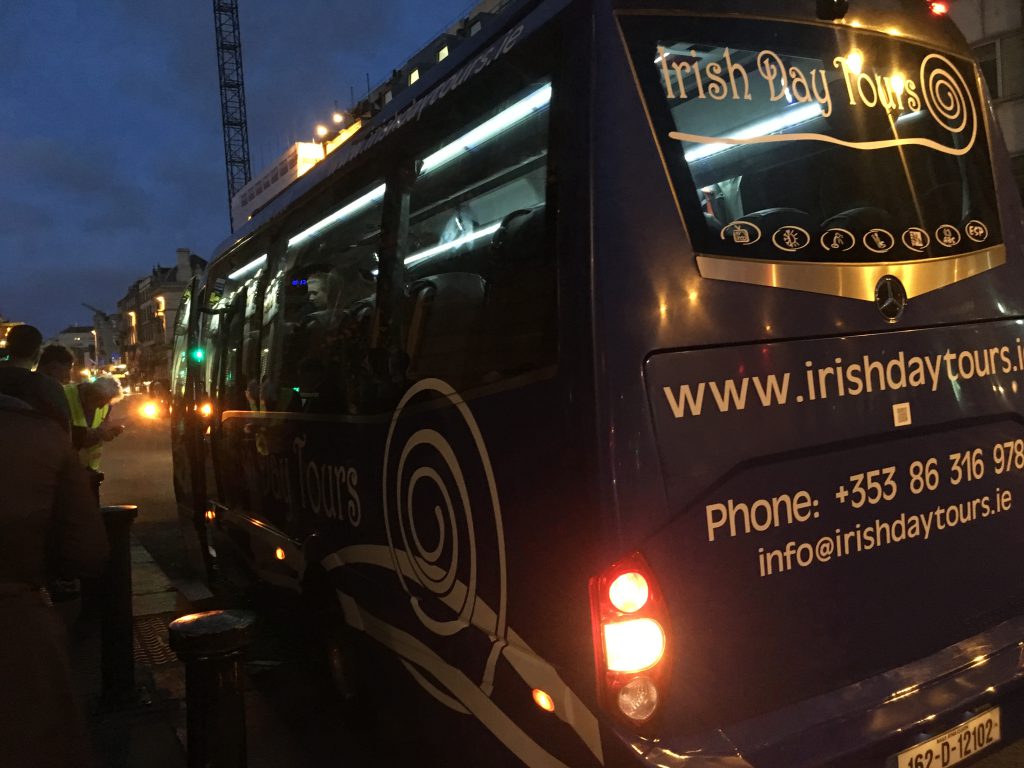 We had a brief stop at a plaza where we were able to get some food if we wanted. At the beginning of each stop, we were told how much time we had. 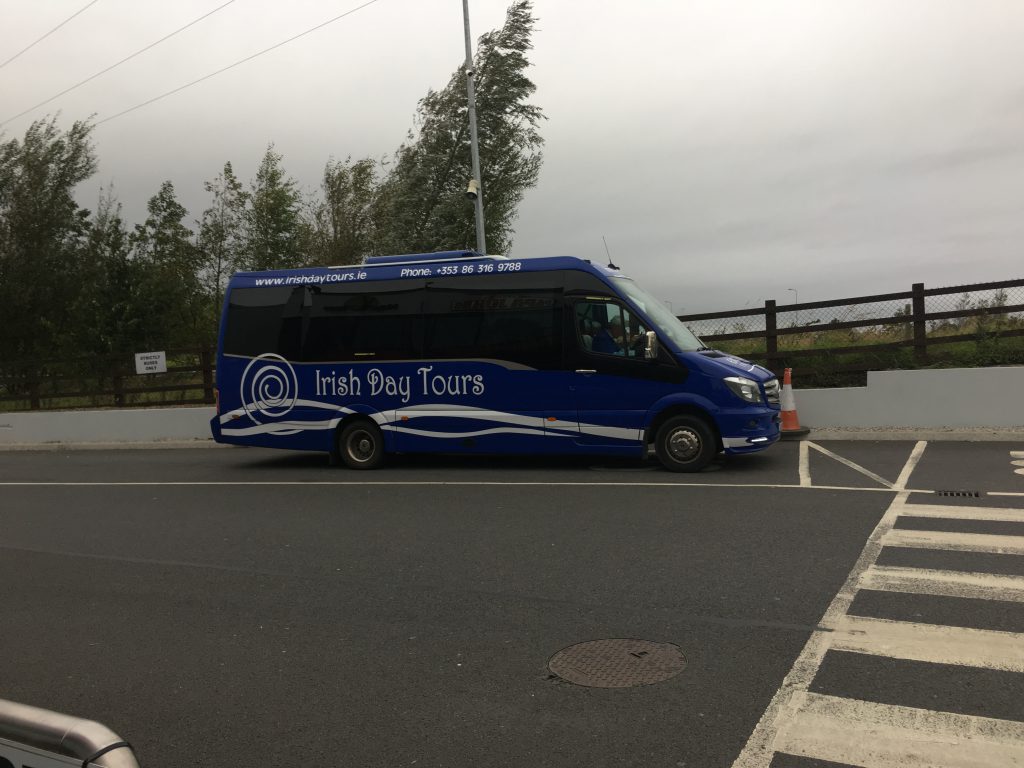 I love archaeology of almost every kind and was happy to see that we were visiting an excavation site. I probably wouldn’t have discovered the Caherconnell Fort on my own. Our guide showed us around the fort with a brief description of the history of the excavation. 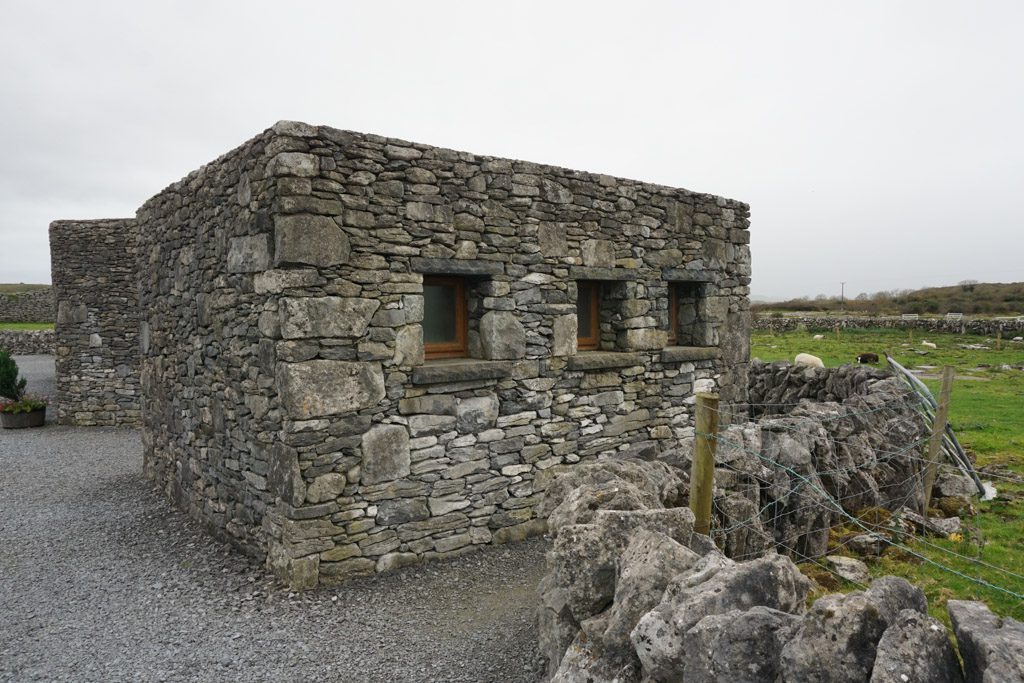 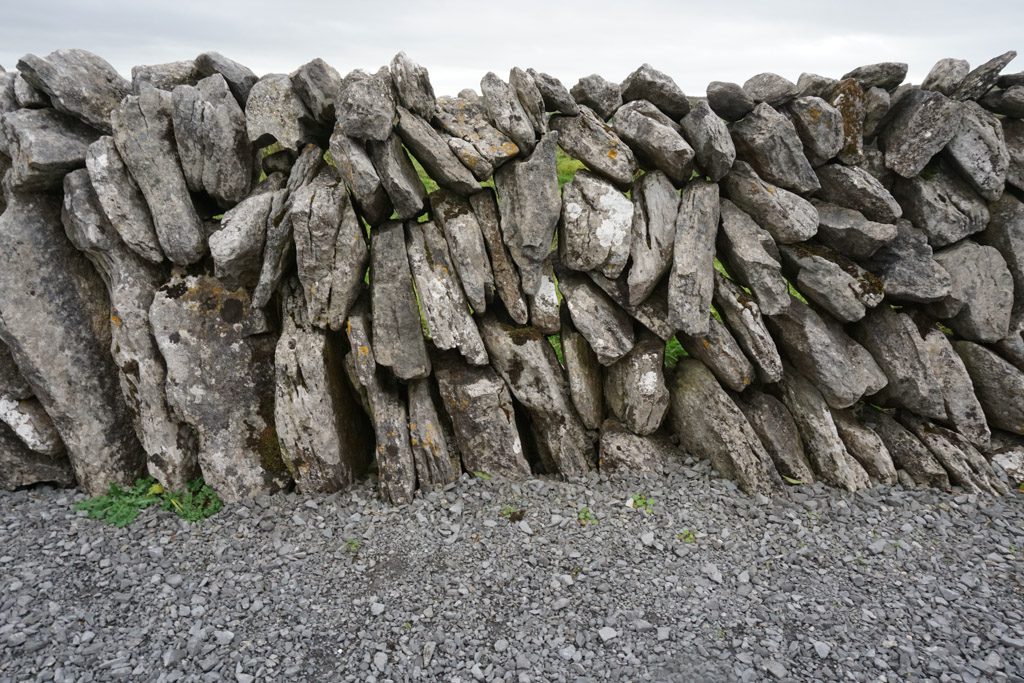 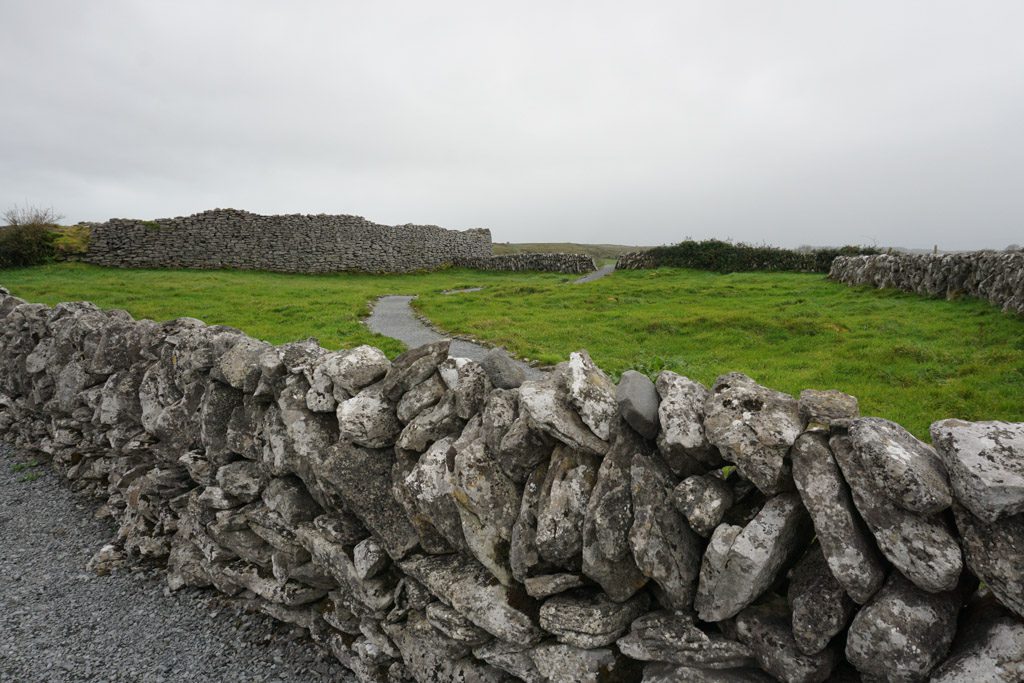 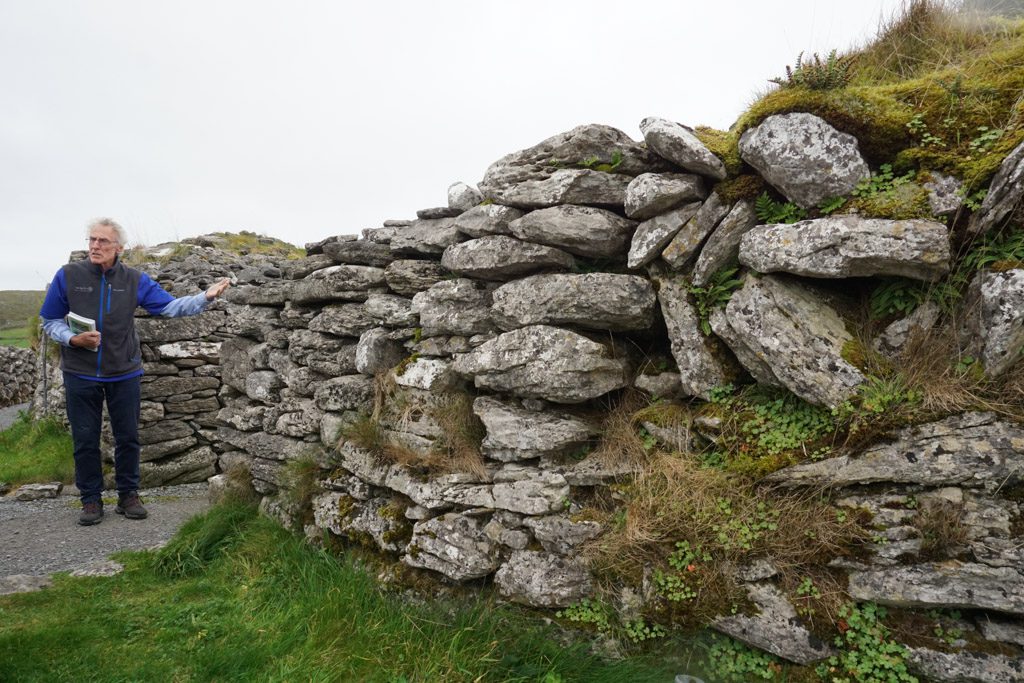 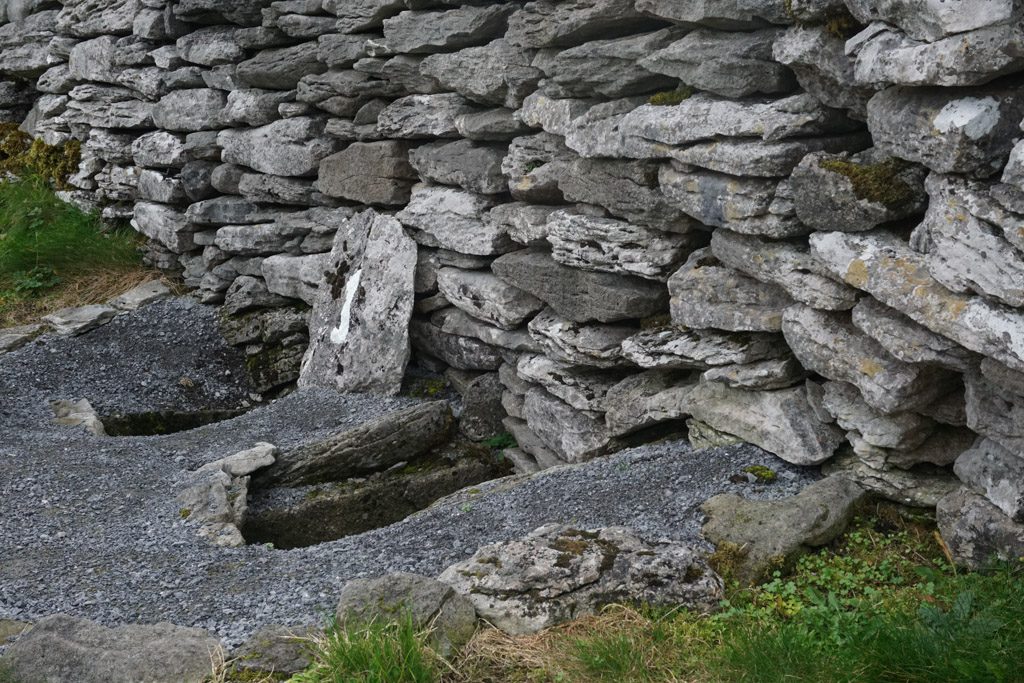 The main focus of visiting the fort, though, was the sheepdog demonstration. I’ve lived in New Zealand and have seen many a sheepdog demo, so while this one was cute, it wasn’t something I would have gone out of my way to see had I been on my own. One interesting bit I learned, though, is that Irish sheep aren’t raised for their wool–they need to be so hardy because of the weather that their wool isn’t nice. If you see an Irish wool product, chances are that while it may have been made in Ireland, the wool itself will be from another country. 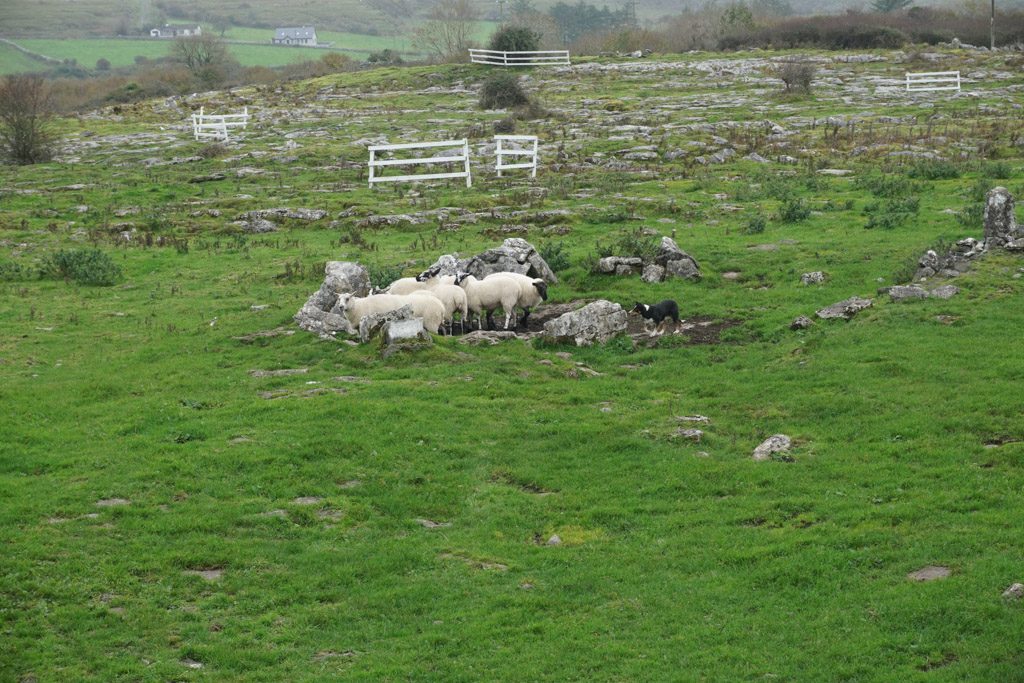 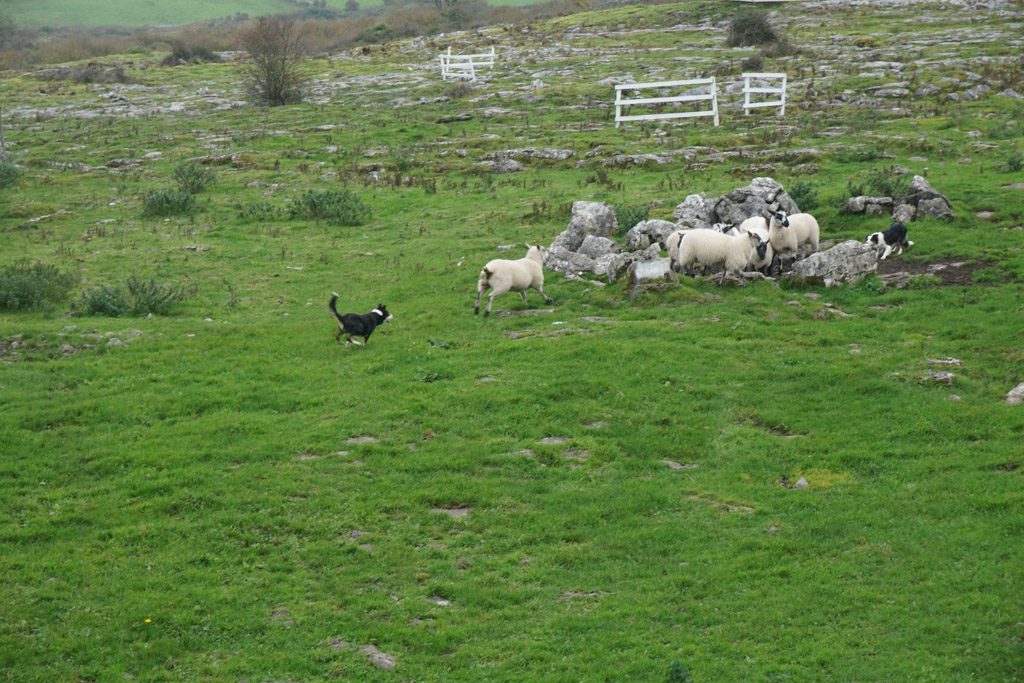 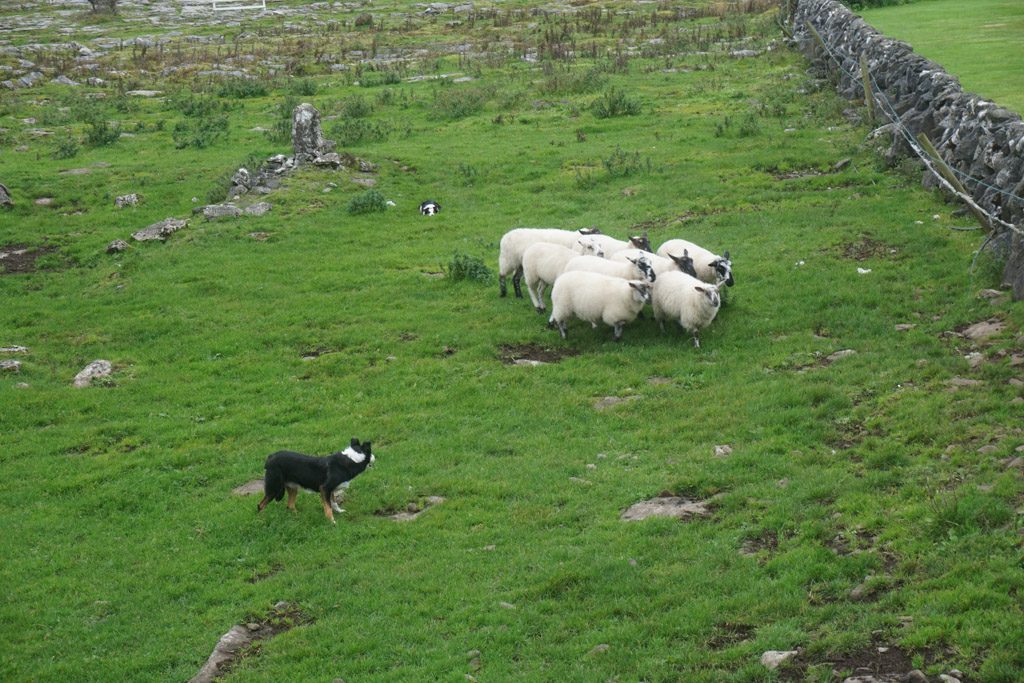 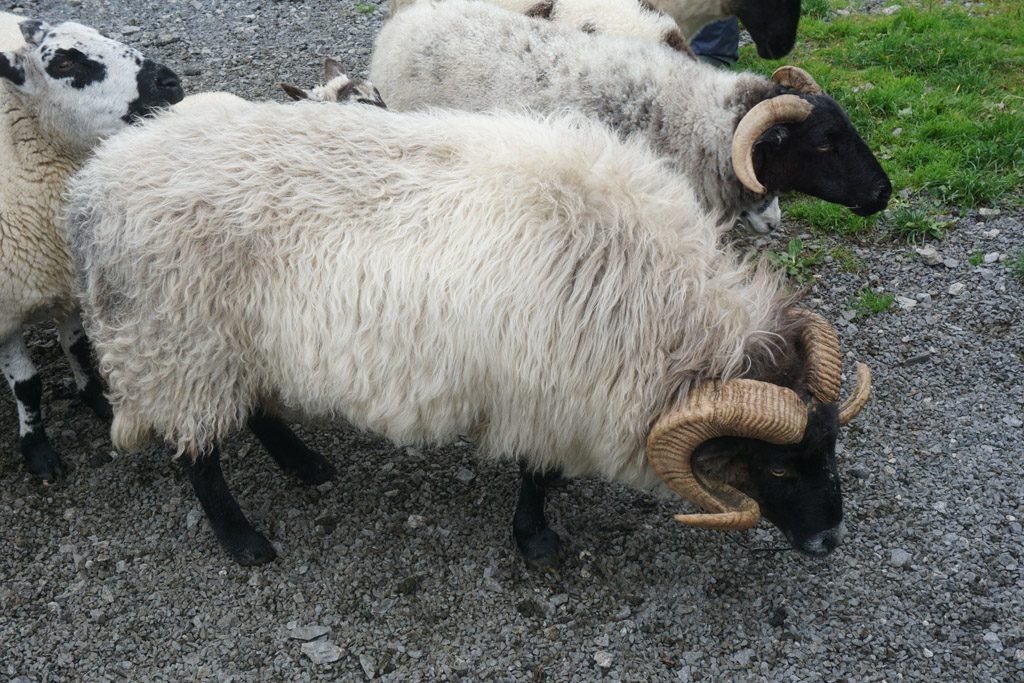 I love caves but honestly hadn’t thought to look for any in Ireland. The next stop on the tour was Ailwee Caves. For this portion of the tour, we were handed over to a cave specific guide and joined up with a few other guests. The cave wasn’t the most spectacular I’ve ever been in and was the first I’ve seen with the entrance inside the gift shop. Again, I’m not sure that I would have gone out of my way for this cave had I been on my own. 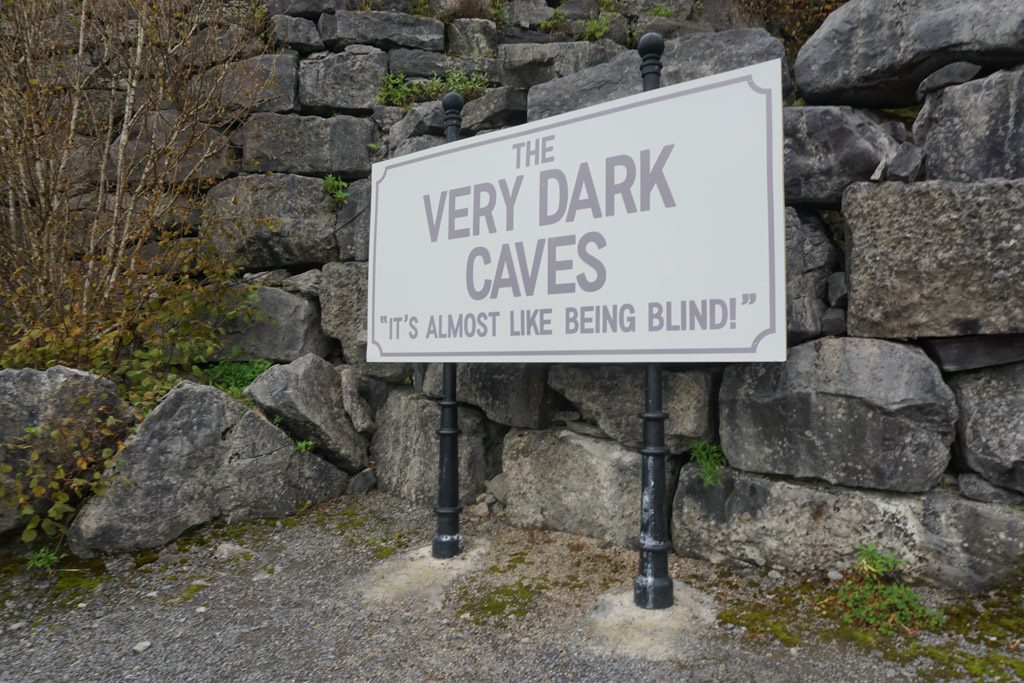 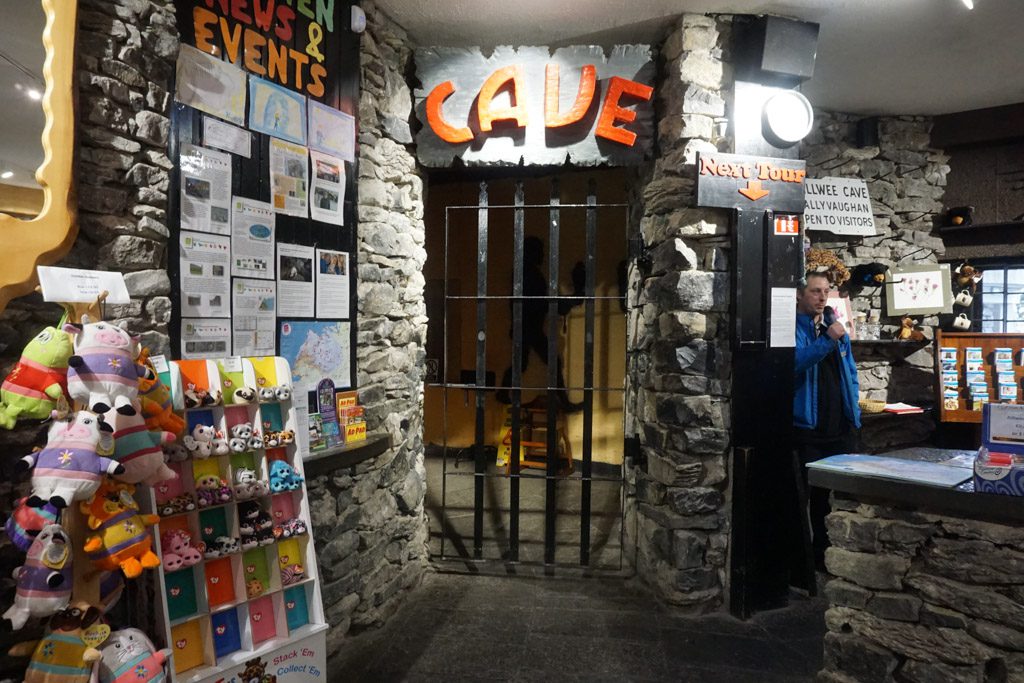 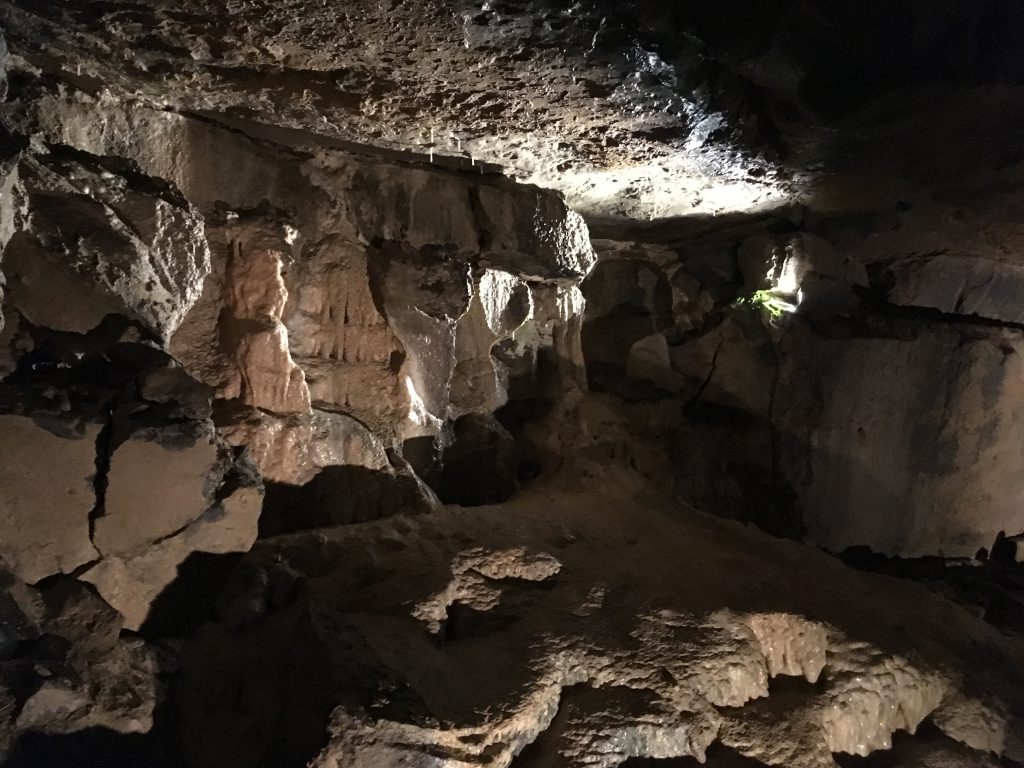 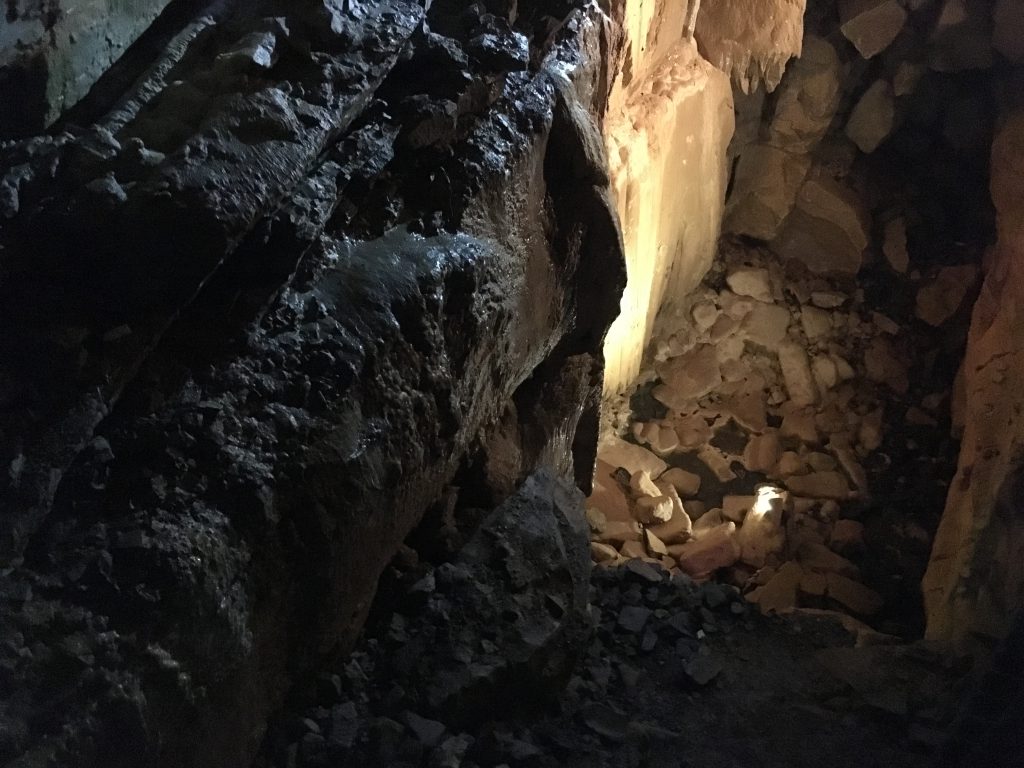 The final stop before we hit the Cliffs was lunch. We didn’t have long to eat, but the pub was used to the tour bus crowd–I had the feeling that these tours were the bulk of their business. Two buses were leaving as we pulled in and I overheard two waitresses chatting about how we were the last scheduled group for the day. I’m not a fan of feeling like a tourist and was rather self-conscious. The food was good (I had a cider and seafood chowder) but I would have liked time to have a second course of some description. 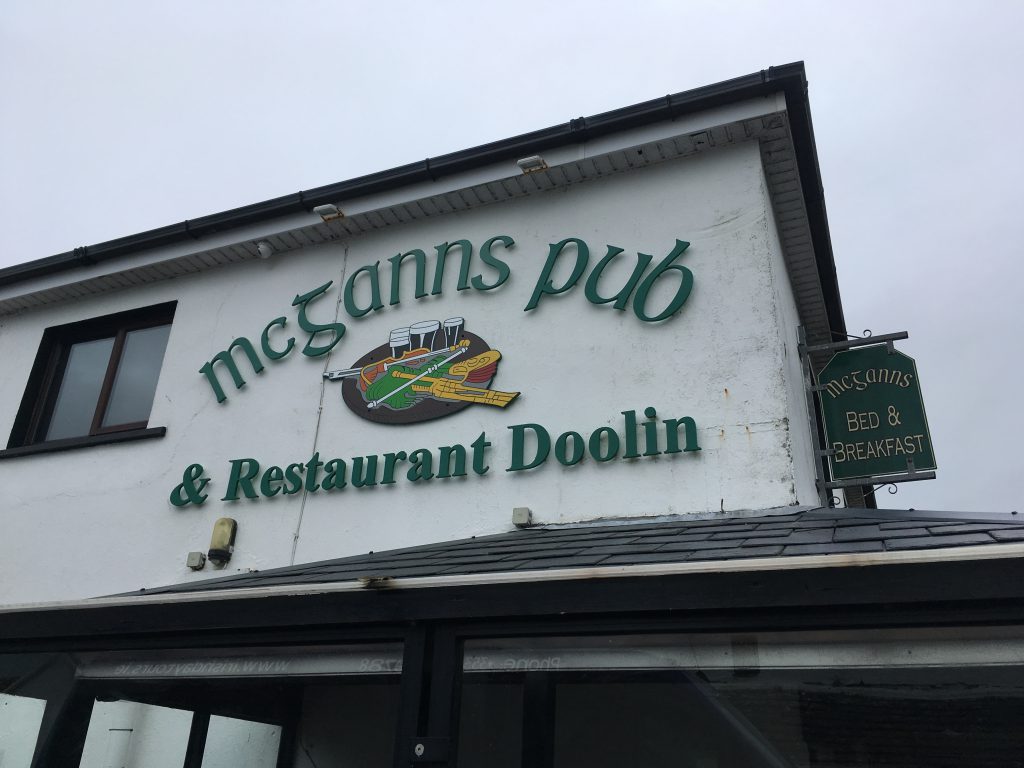 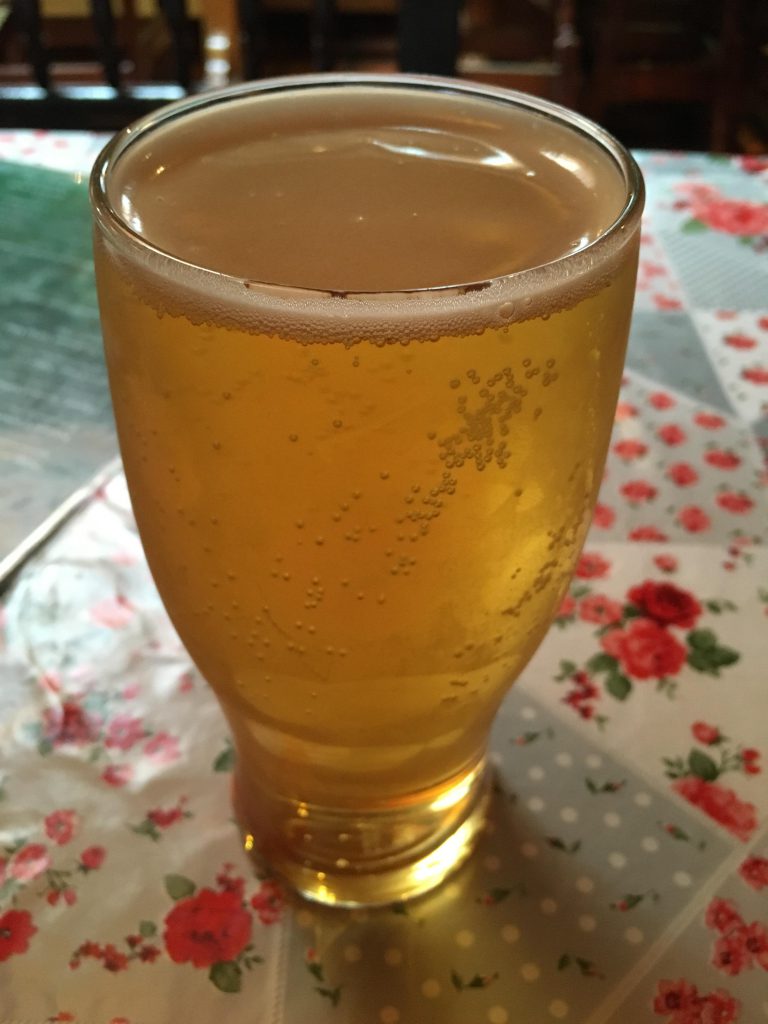 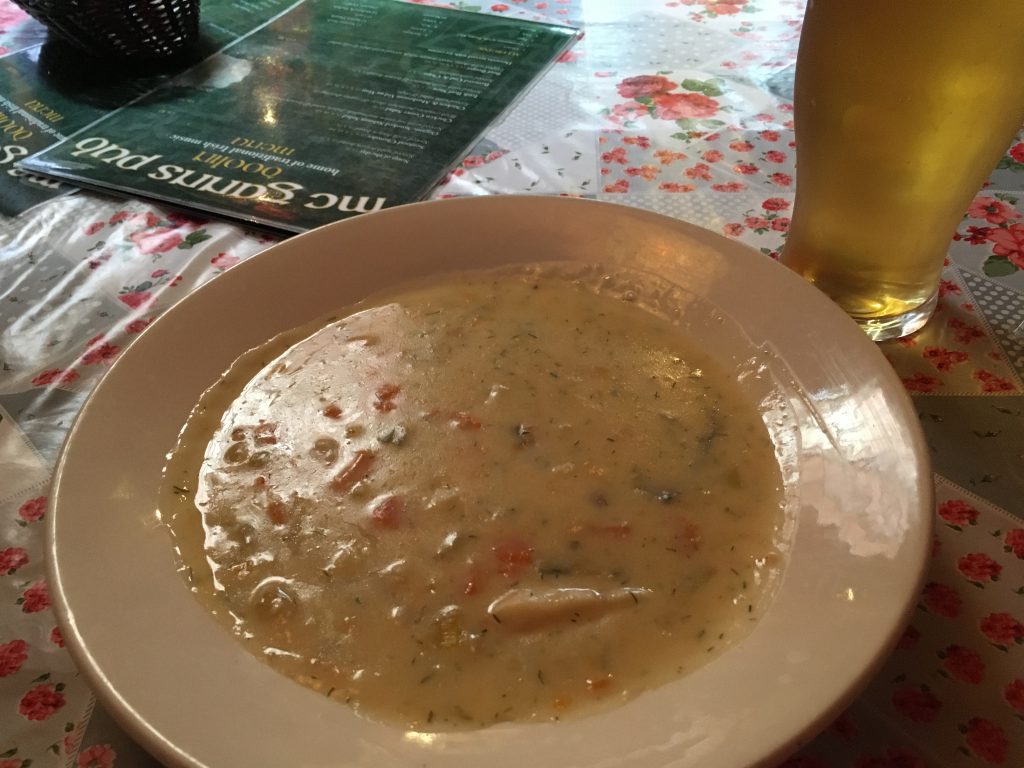 We finally made it to the Cliffs. We were given a one hour return time–that meant that however far we went, we had to make sure that we left enough time to get back. It was lucky that there weren’t too many people at the Cliffs that day (the weather was rather grotty) and I was able to make a beeline and see how far I could get. 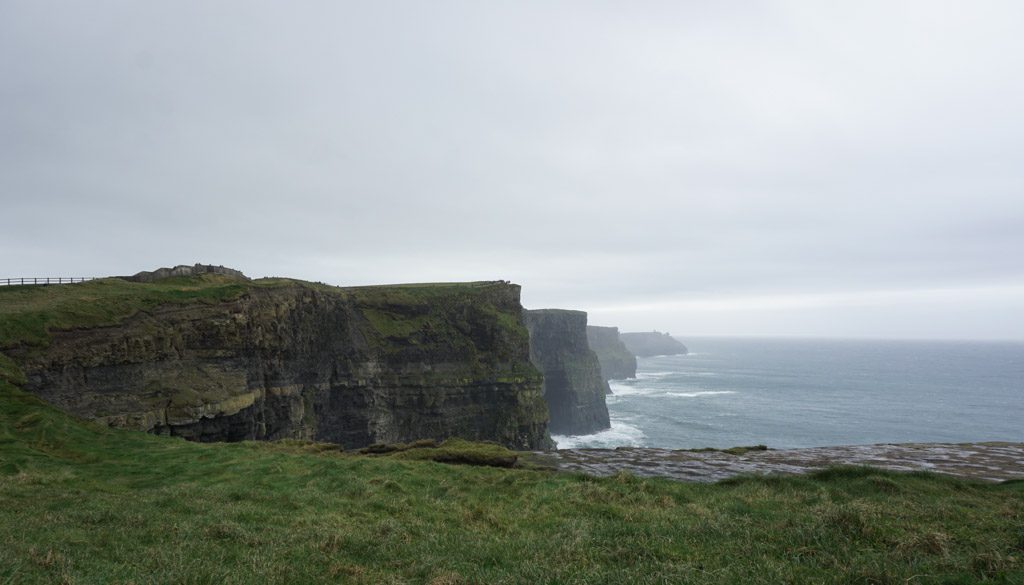 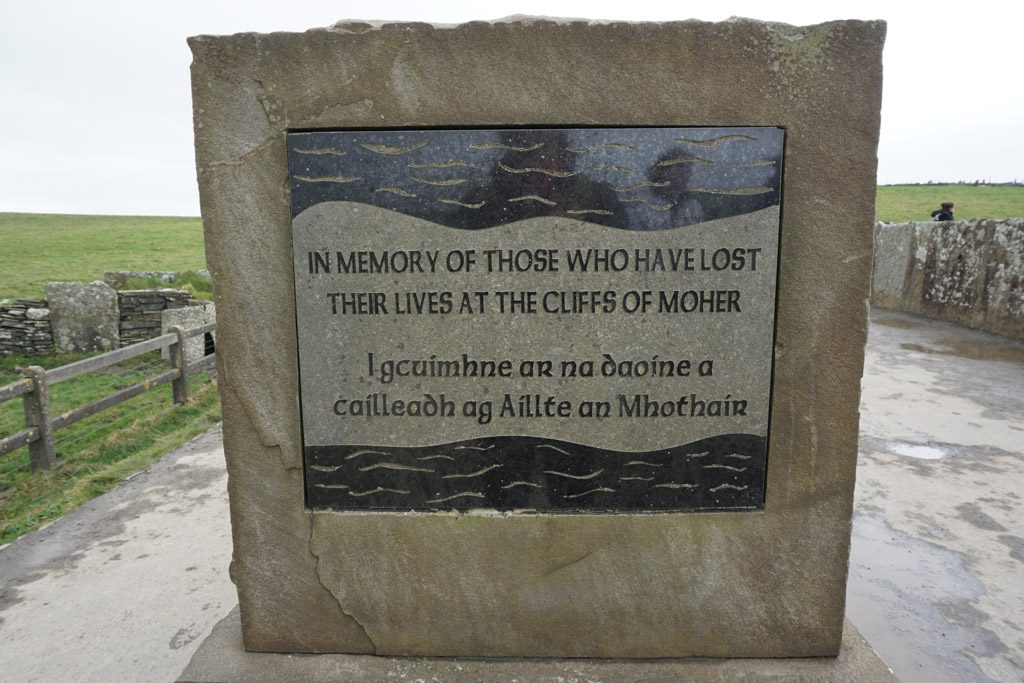 Now I love day hikes and my original plan had been to spend the day walking along the Cliffs. One hour just couldn’t compare to that. As fast as I was going, I couldn’t get far enough in the time I had to get to a different view. 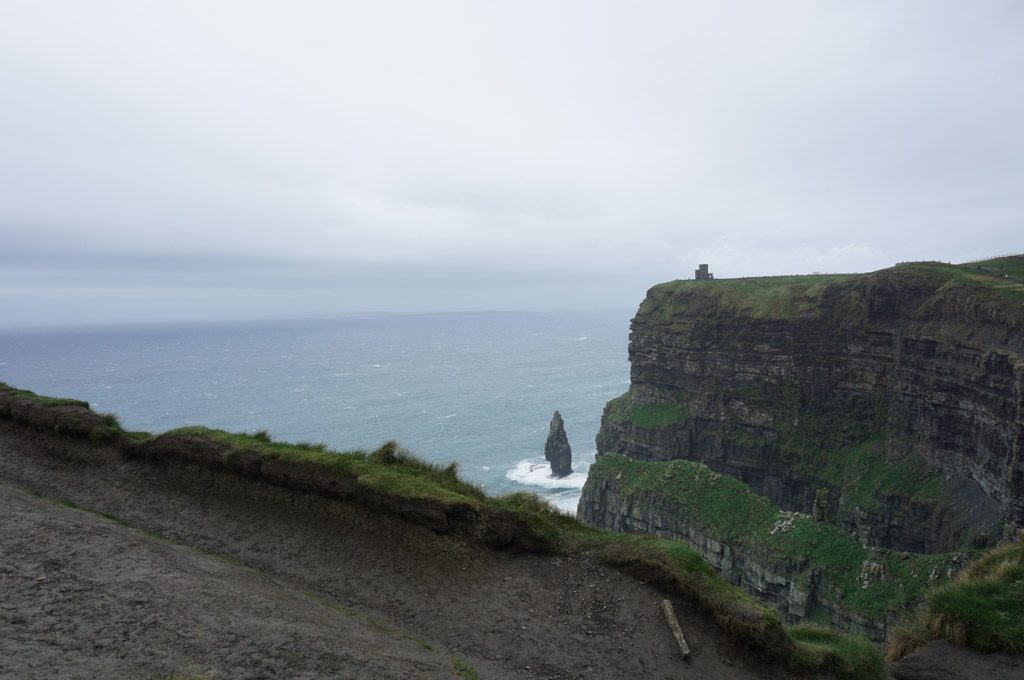 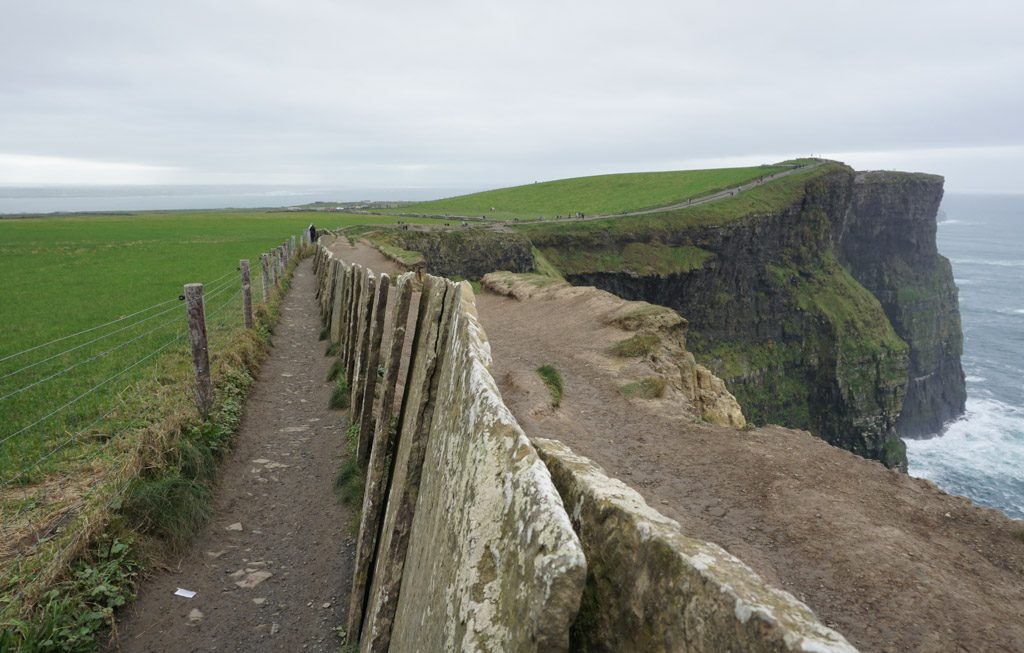 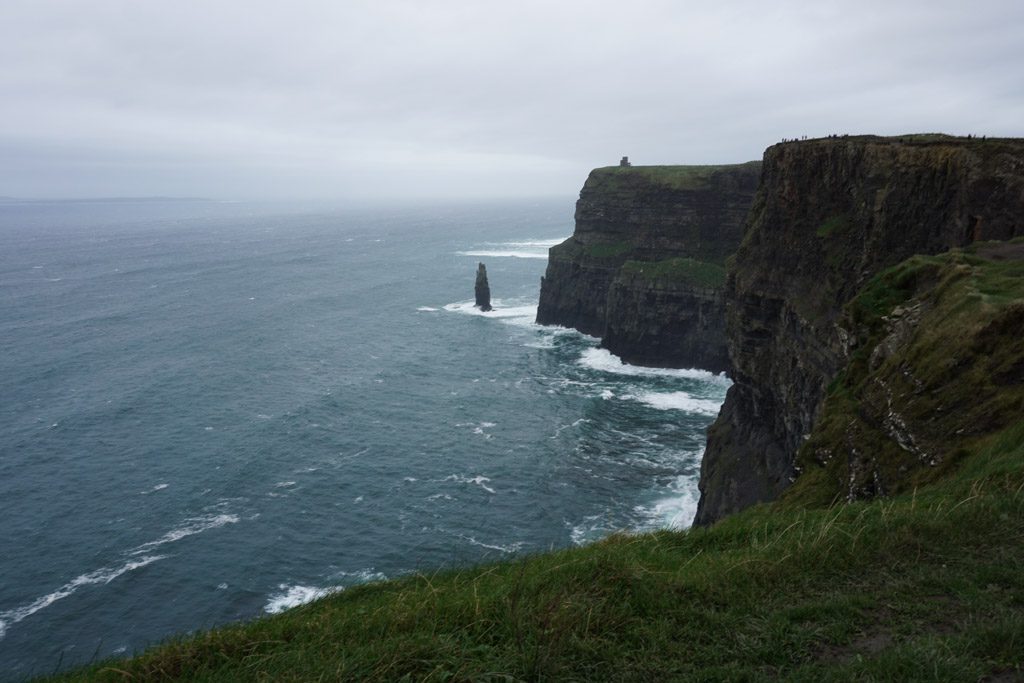 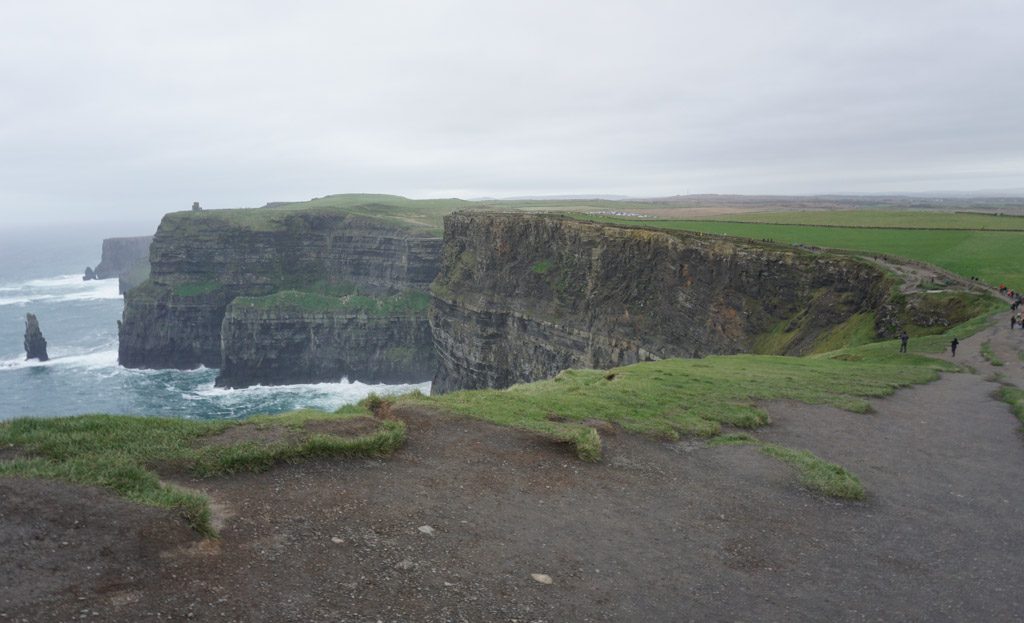 At the end of the day, I can say that I’ve been to the Cliffs of Moher. I wouldn’t say that I outright enjoyed it because I didn’t get the time there that I wanted and I was very conscious of not going too far. 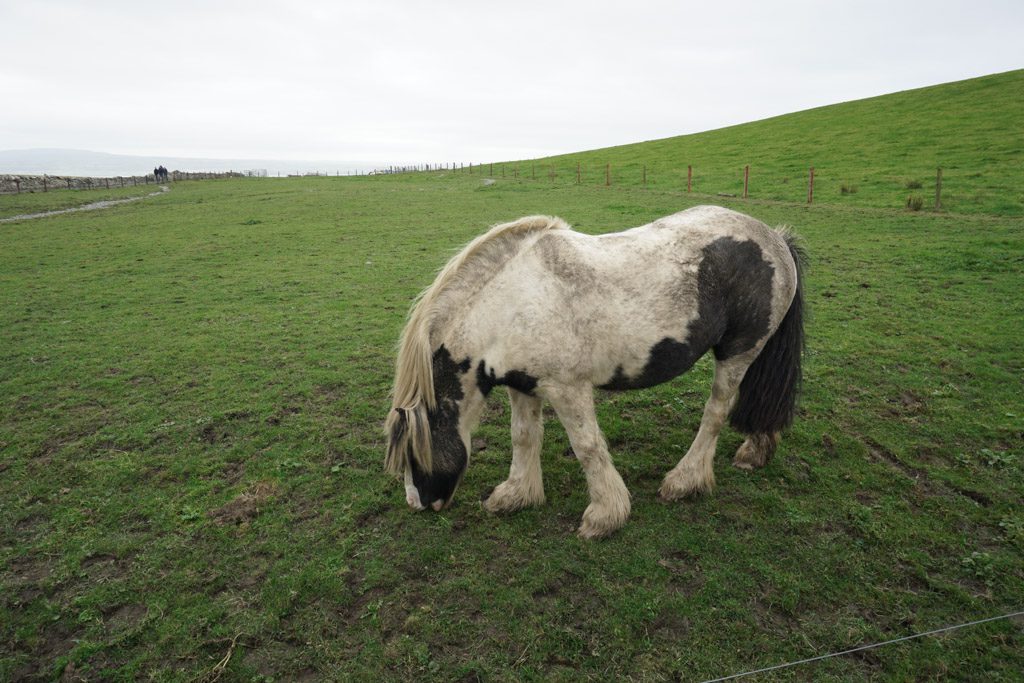 I’m glad that I experienced a day tour just so that I can say for sure that it’s not what I want out of travel. With a day tour, you’re going to get shuffled from place to place with just enough time at each to have a taste and say you’ve been there. If you’re just after that Instagram shot, then a day tour will be fine for you. You don’t get to choose where you stop–our guide pointed out interesting places as we went by, but we weren’t able to stop to check them out and I got more and more frustrated as we went. For the places you do stop, you’re going to be one of many tour buses coming through that day. I know people who swear by day tours–they travel to a main city and do multiple day tours out of it to hit all of the big places in the country. For me, though, I returned to Dublin that night feeling let down. I was irritated at myself for not realizing my license had expired and sad that while I made it to the Cliffs, I spent my time there running and checking my watch. 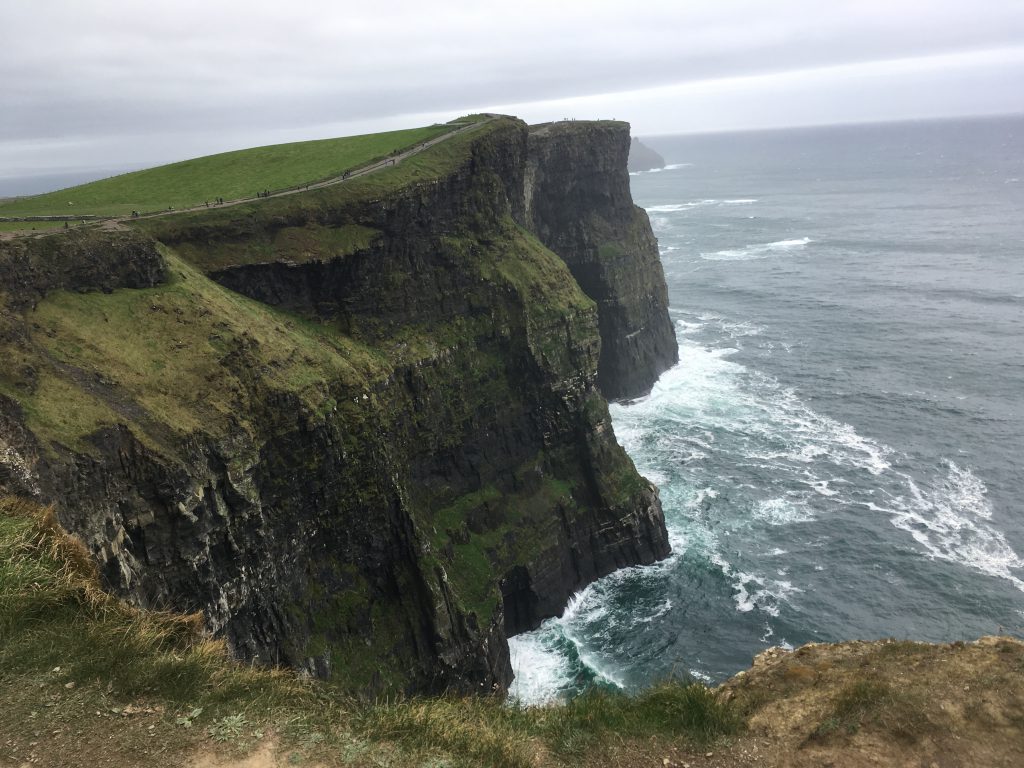 For my next trip to Ireland, I will have a valid driver’s license and will take my time exploring the country. I’ll be able to stop at the places our tour guide pointed out and skip the places that don’t interest me as much. But this is the thing about travel–sometimes you have to try a different way of travel to know what you really want out of it. I got to see the Cliffs, but it wasn’t enough. Most day tours will give you a pretty specific itinerary so you can tell how long you would have at that place you really want to go. If you’re feeling disappointed at just having an hour, then a day tour probably isn’t right for you. If you have a list of places to see and just want a few pictures, you could be perfectly happy with a day tour. Whichever way you go, I hope this has helped you decide whether a day tour is right for you. 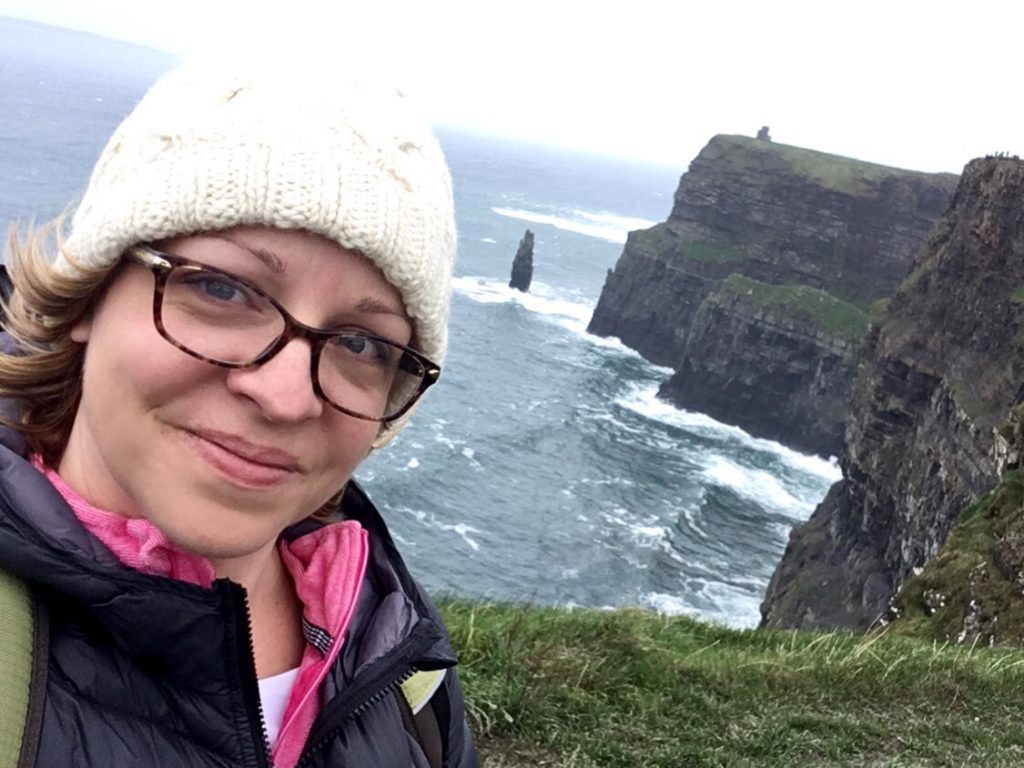