This past weekend we went to the USA Eagles v New Zealand All Blacks rugby game. Scott introduced me to rugby early in our relationship and I fell in love with the game instantly. I’m lucky to have had my first experiences of the game with the All Blacks and they’ve been my team ever since. Scott rarely misses a game, even if it means he’s getting up at 2am to watch them play. There’s something really special about watching them play. 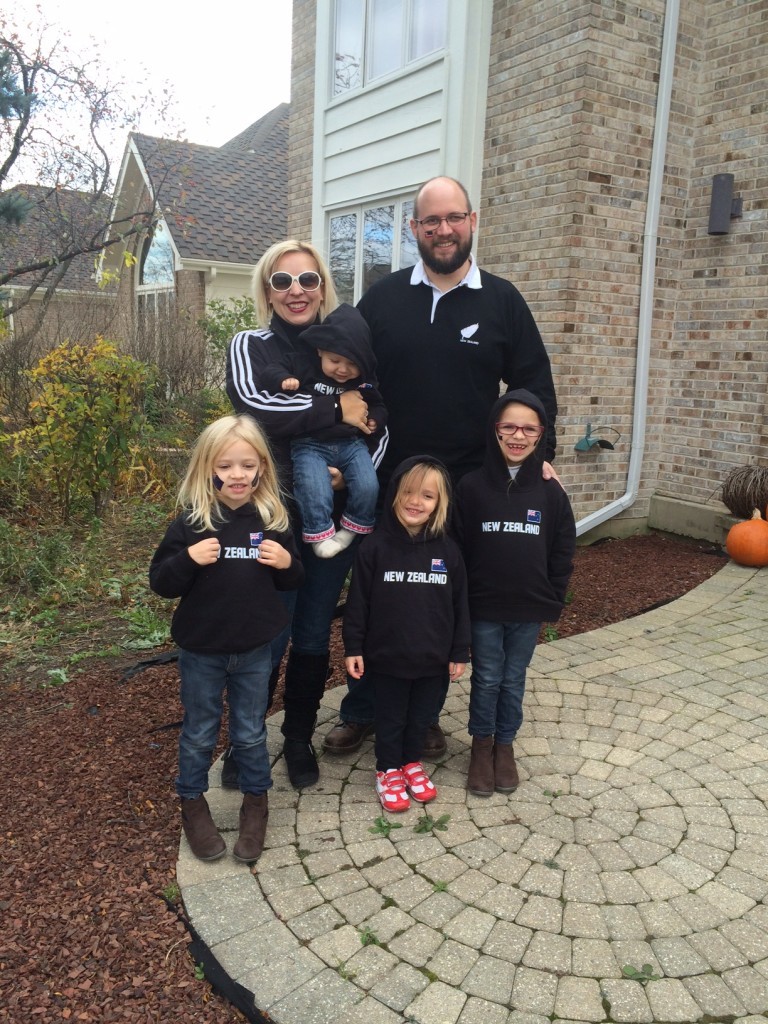 As you know, Scott’s a Kiwi. The girls all have dual citizenship. We often daydream about moving back to New Zealand. Scott and I both suffer from not really calling any place home. When we moved to Illinois, we did so intending it to be a place for the girls to call home since that’s something we were missing. We recently had some things come up that had us considering a move, and we both realized that the idea didn’t bother us too much. And if we could move, why not go back to New Zealand? 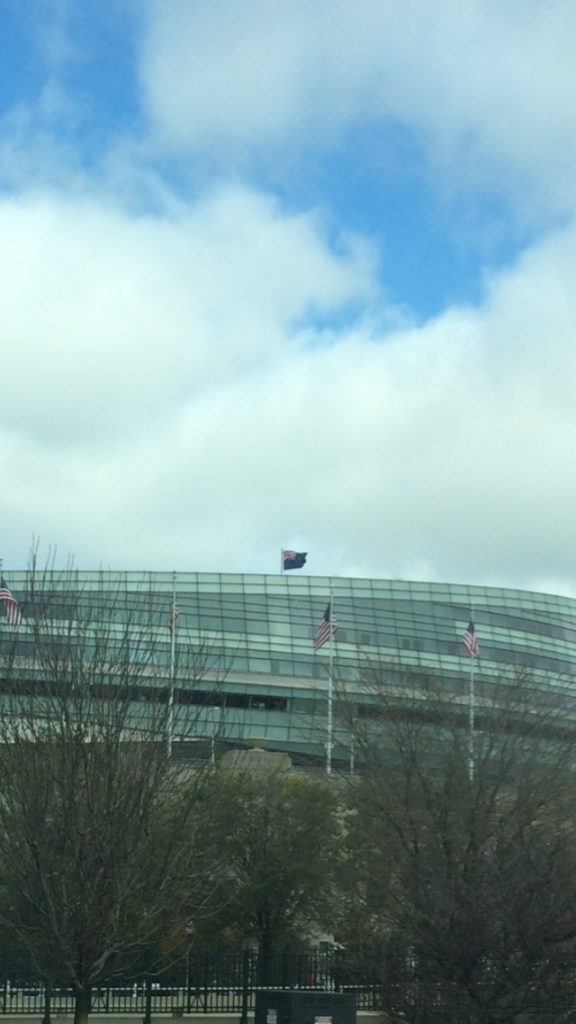 It was so fun to see the New Zealand flag flying over Soldier Field. Walking around and seeing all of the All Blacks clothing and hearing the occasional accent had us pining to go back. 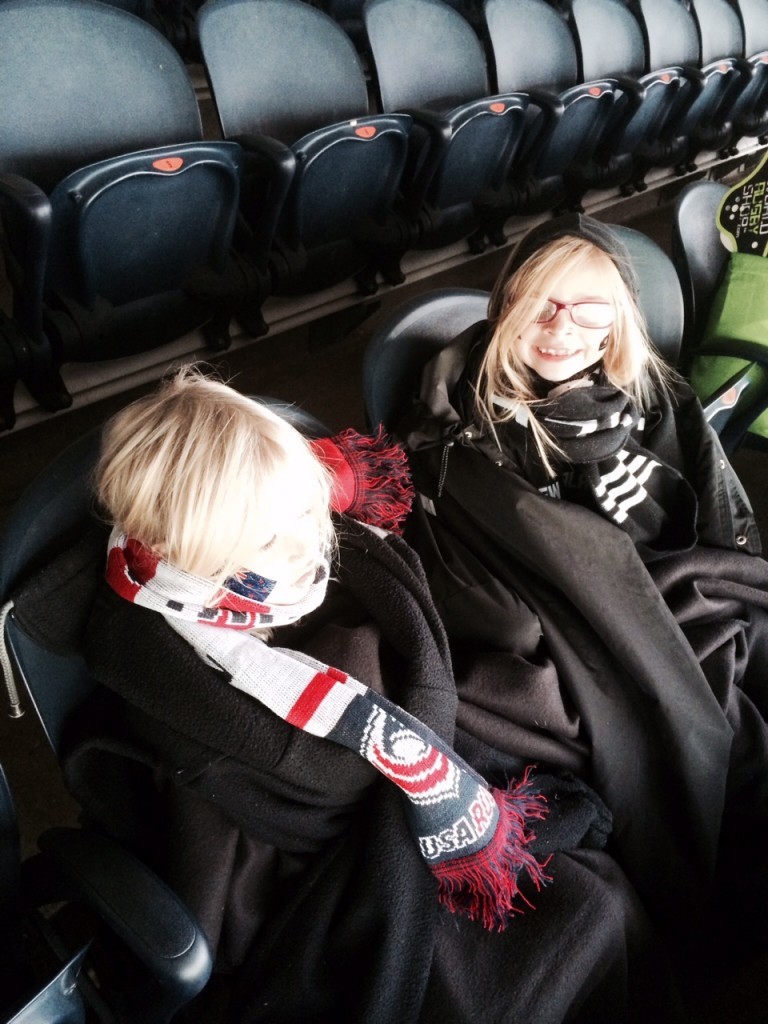 The weather was absolutely freezing, but we had a plethora of blankets and scarves to bundle up in. 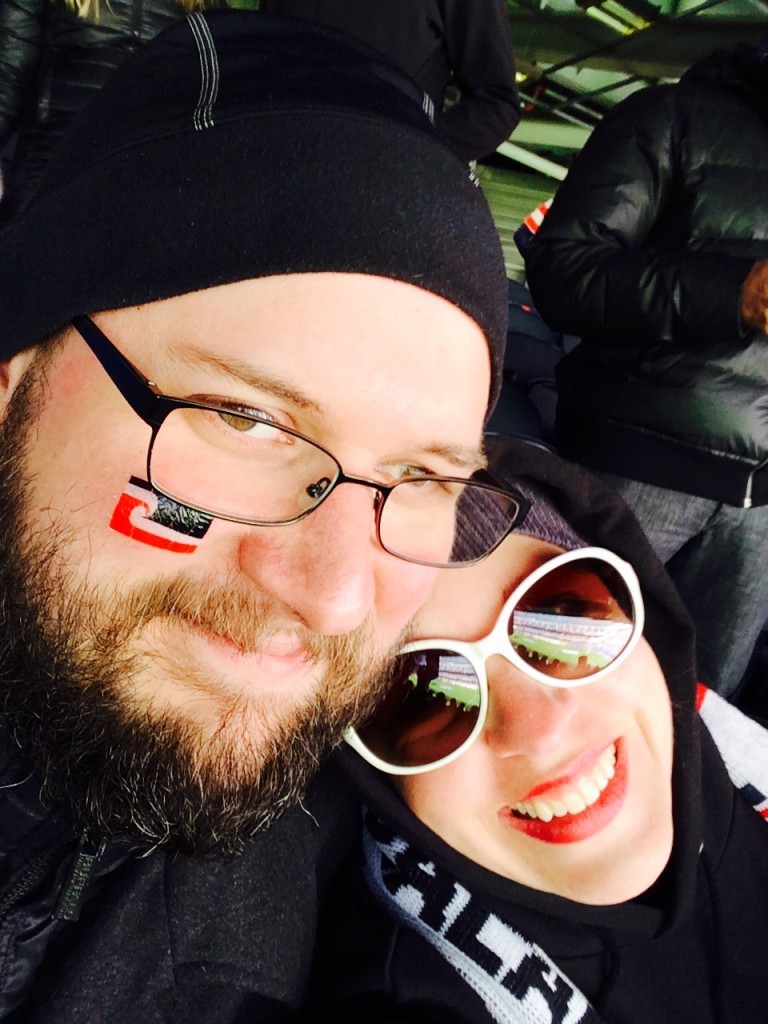 I freely admit that I got teary hearing the New Zealand anthem in person again. It’s my favorite anthem in the world and I’ve been humming it all week in anticipation. The girls spent the week learning the Maori verse and impressed all of the fans around us with their singing. And if you’ve never seen the All Blacks perform the haka, you need to look it up now. 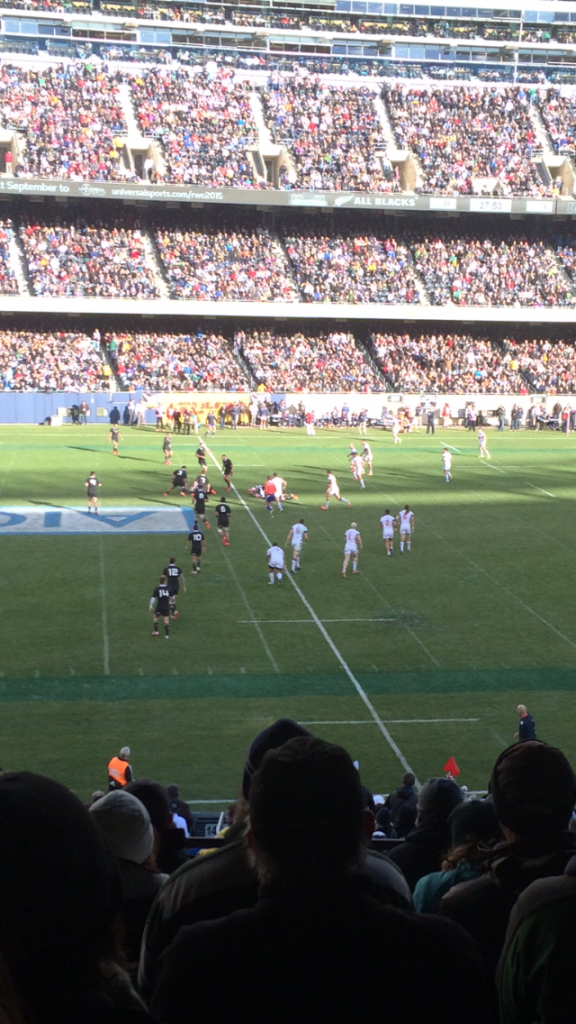 The game was a lot of fun. We won handily, but more than that, we got a hefty dose of New Zealand in Chicago. We thought it would help tide us over for a while, but if anything, it’s brought the question of moving back back to our regular evening conversation. It’s hard feeling the pull to live in different places. Sometimes we make our peace with it. Sometimes it drives us crazy. There’s no clear answer for us right now and I don’t know if there will be, but in the meantime, we have our new memories of our first All Blacks game as a family, and that it happened right where we’re currently living is all kinds of awesome.