I have a list of projects I want to do all over the house. I decided to make my first major focus our downstairs bathroom. I chose this room because it is the bathroom most people see, it’s absolutely hideous, it’s a small bathroom, and it’ll take a little work for a lot of impact. 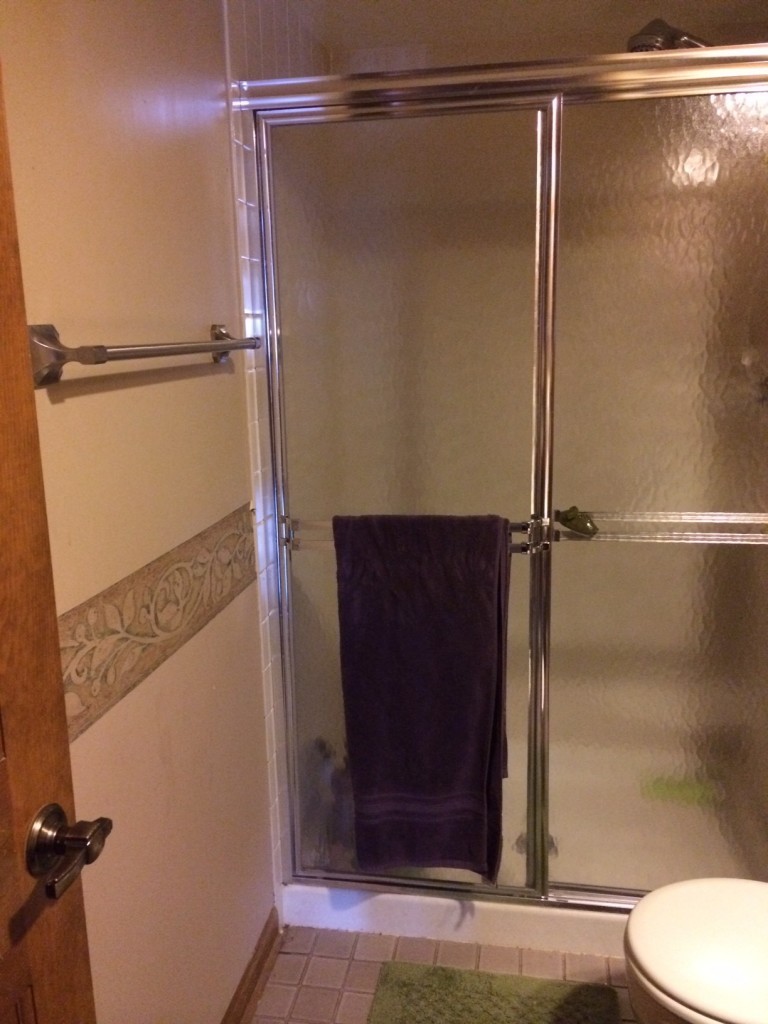 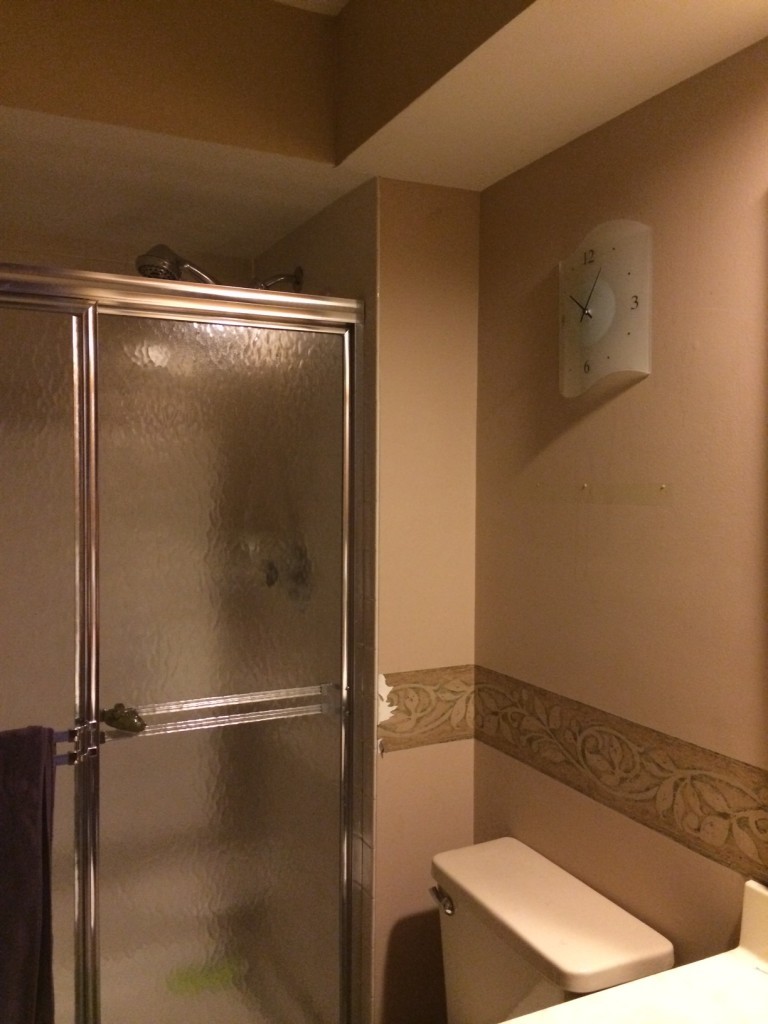 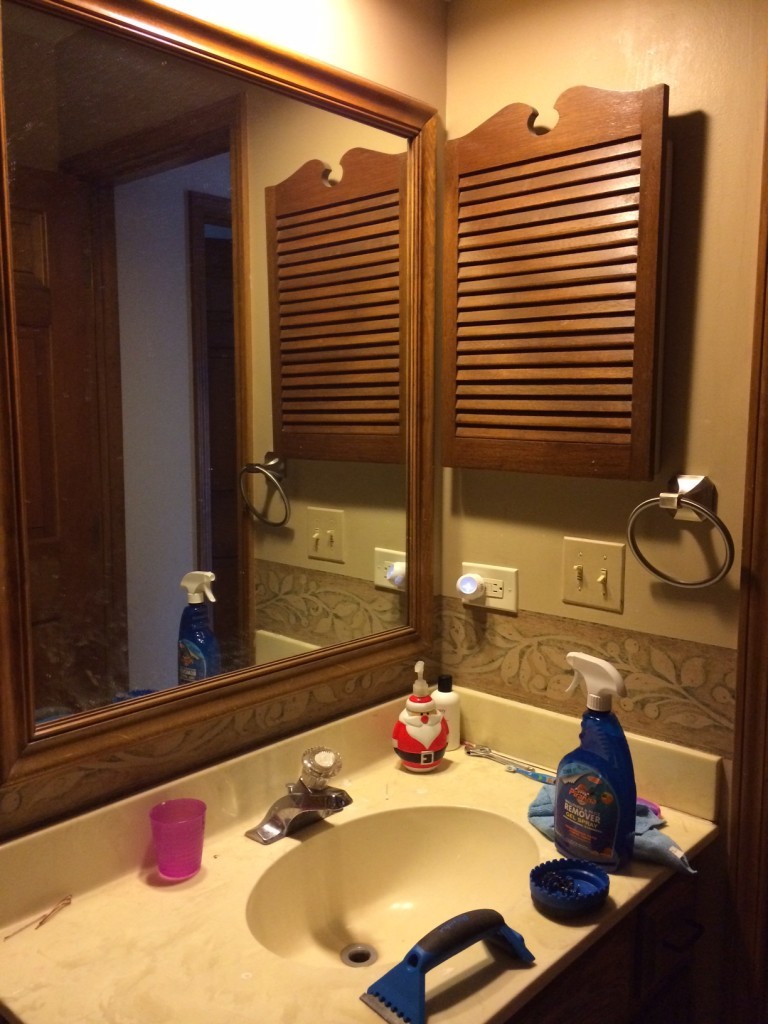 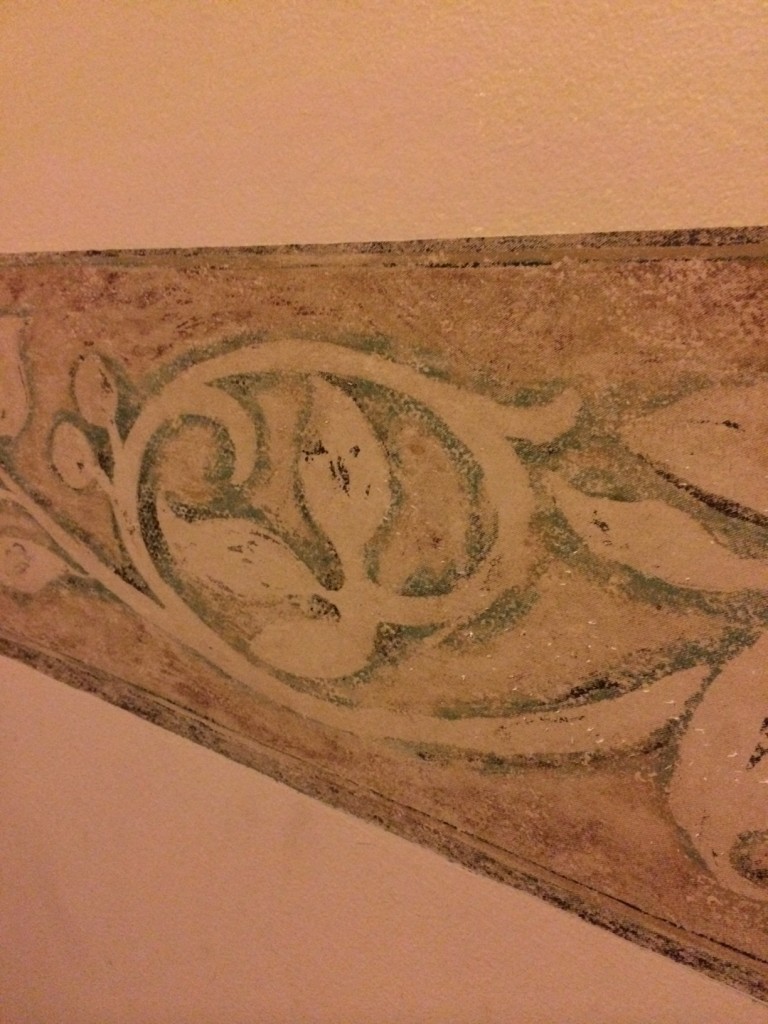 If this is your dream wallpaper border, I’ll apologize now for badmouthing it. It’s among the most hideous paper I’ve ever seen and I’ve hated that this is the bathroom that guests see. I’ve wanted to put up a sign saying that this room was not designed by me and will change soon. I’m not sure when it was put up, but whoever did it also really loved brassy accessories and orangey-beige everything. I’ve been itching to rip it down since we moved in. I thought that it would be fairly easy to take down, but no. 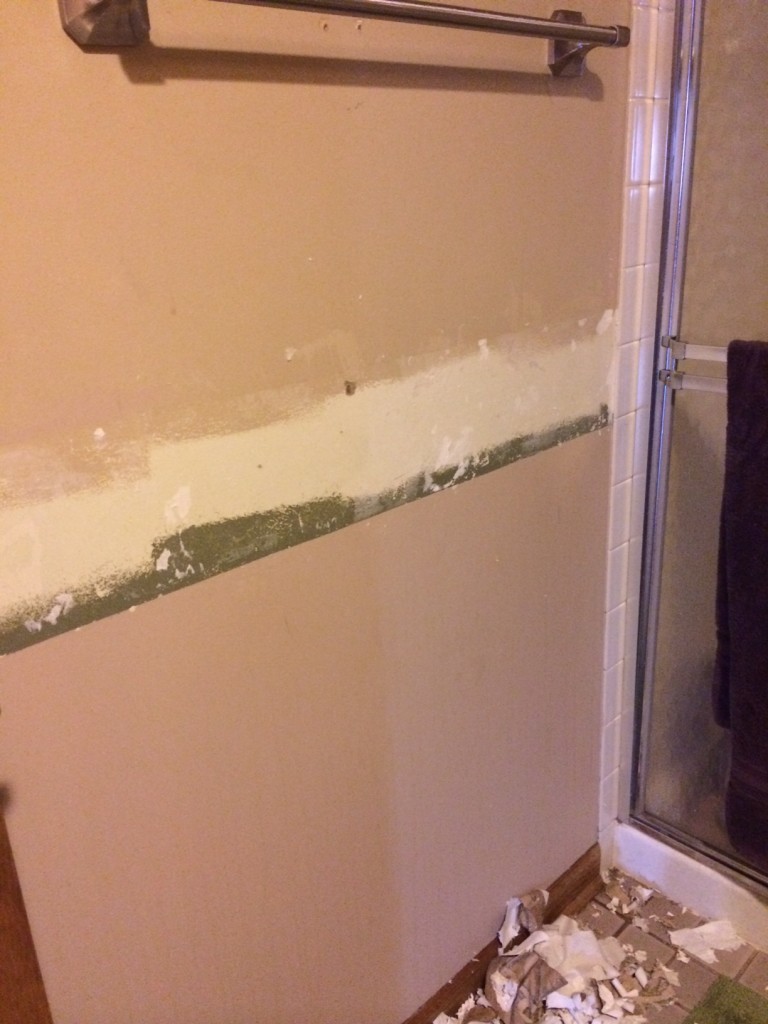 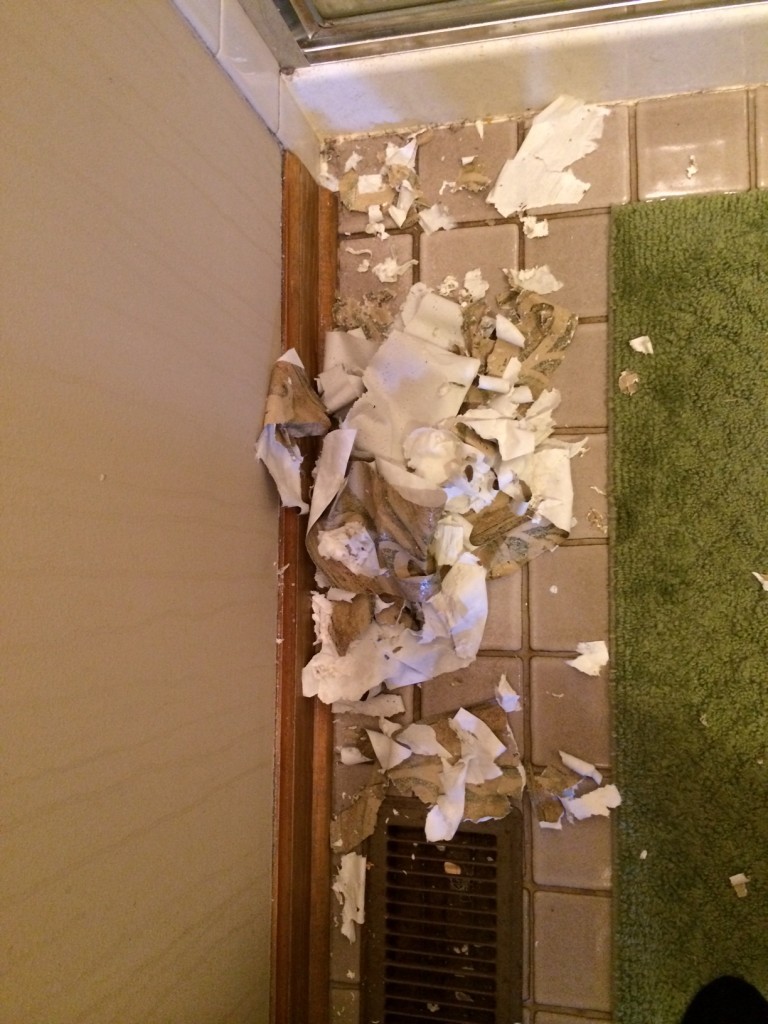 Lots of scoring, spraying, scraping, and mess-making ensued. If you have any pent up anger over everything, taking out wallpaper is an excellent release. 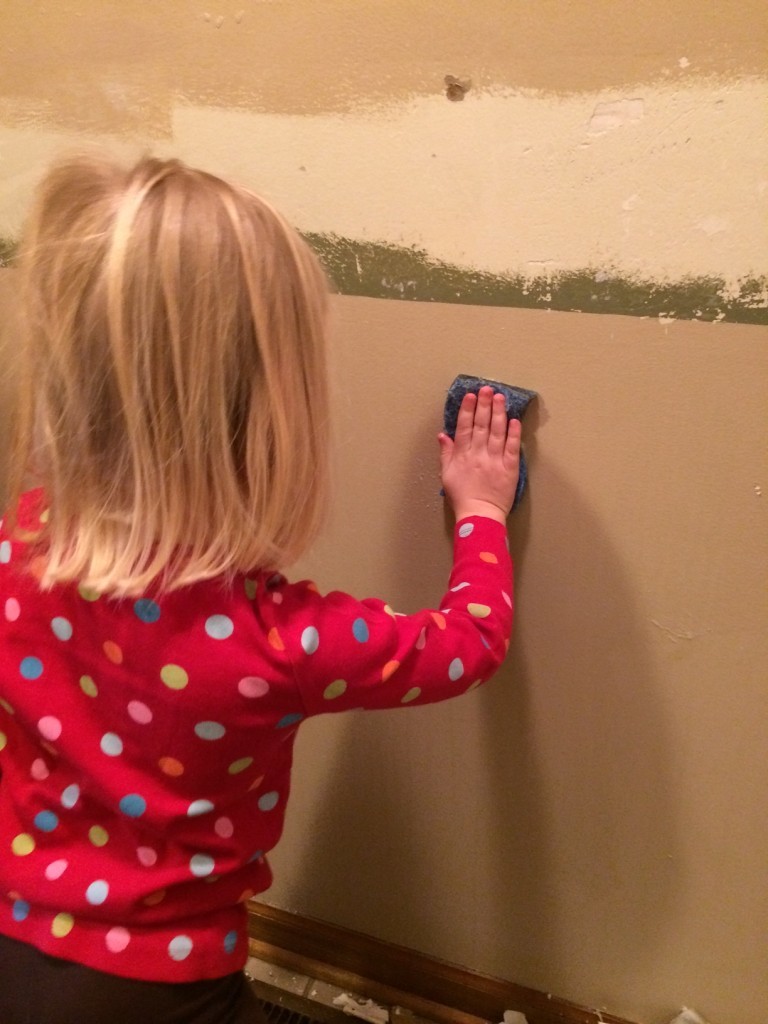 Of course, having an awesome assistant who sings as she works makes the project much more fun. 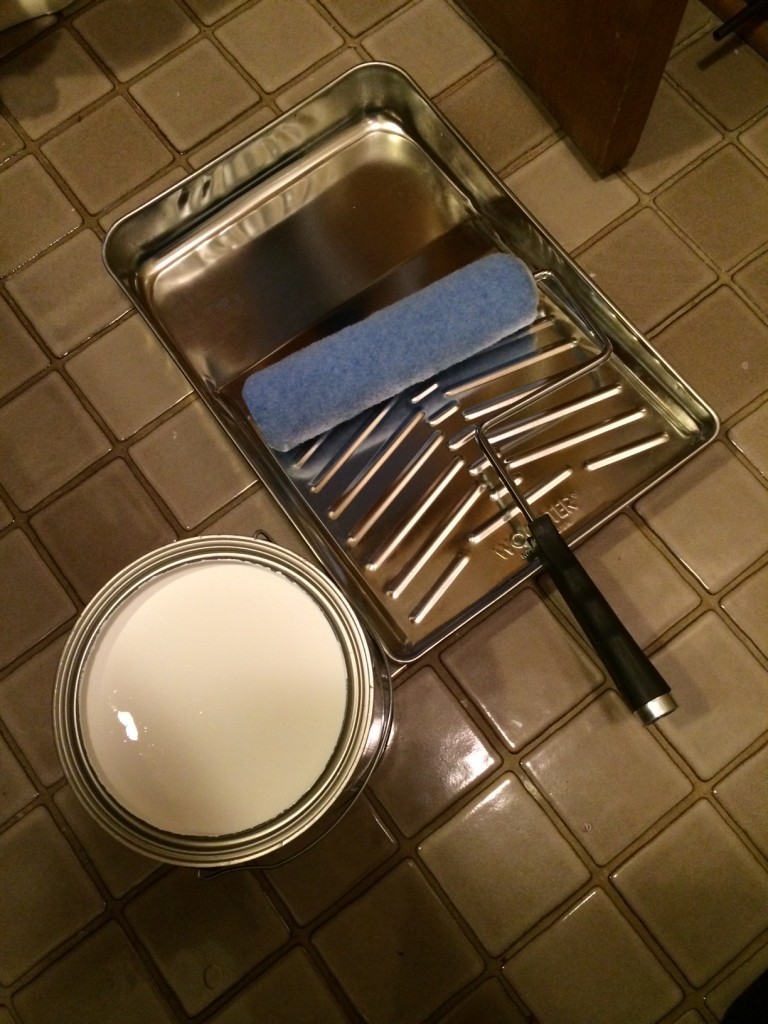 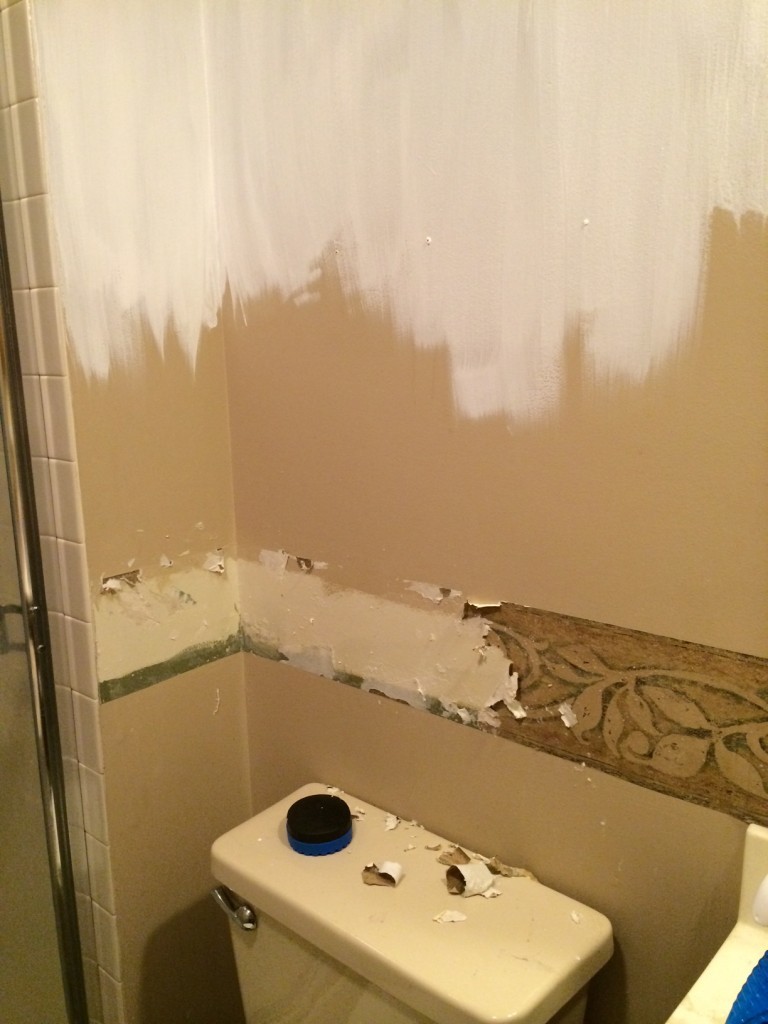 Because I can’t stay on task with just one thing, I started painting as I was working on the wallpaper. I chose a bright white. The bathroom has always felt dark to me, and I wanted the clean, bright, look of white. 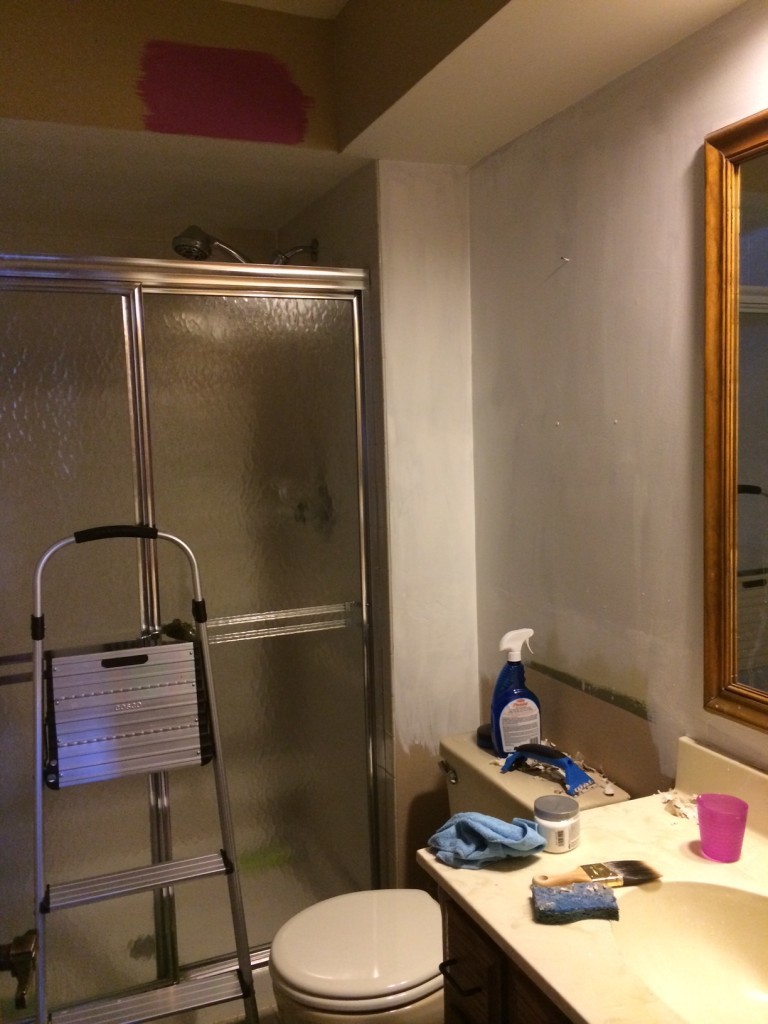 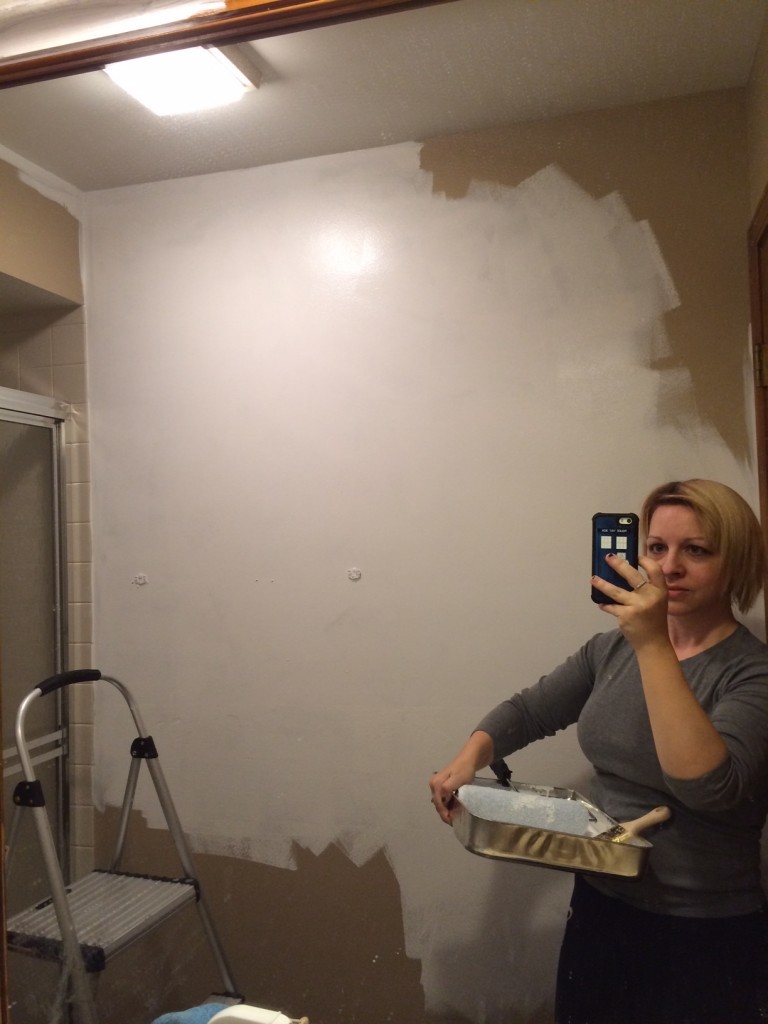 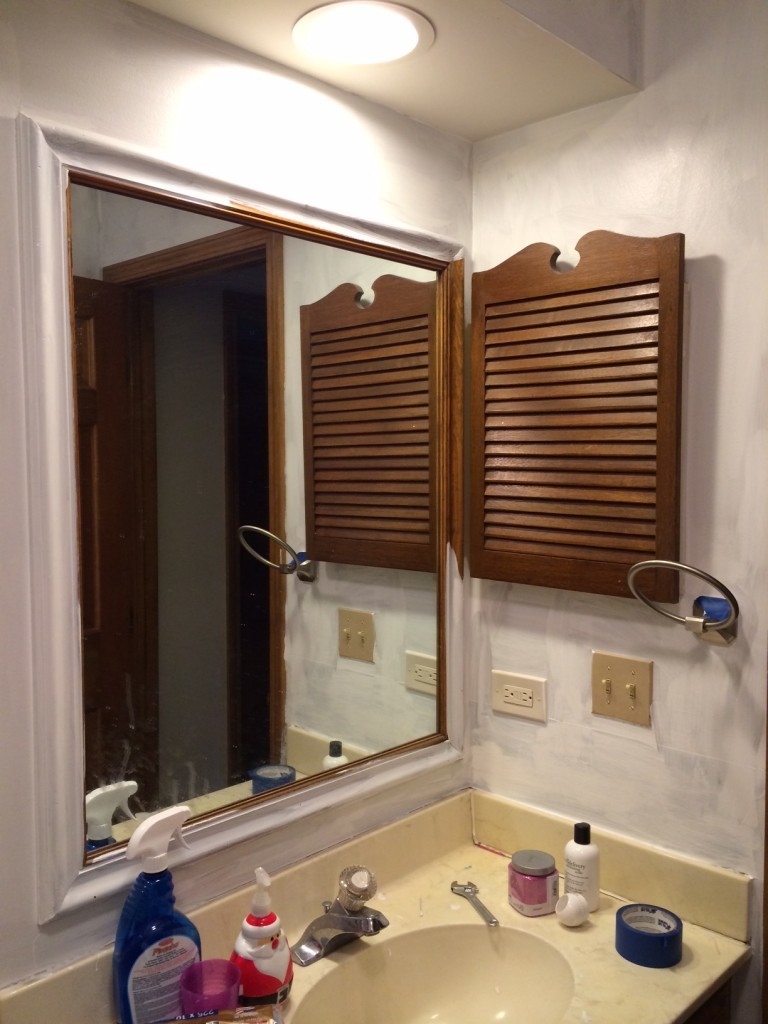 Lots of sanding, coats of paint, on the fly decisions, and a sore arm later, the initial push was over. 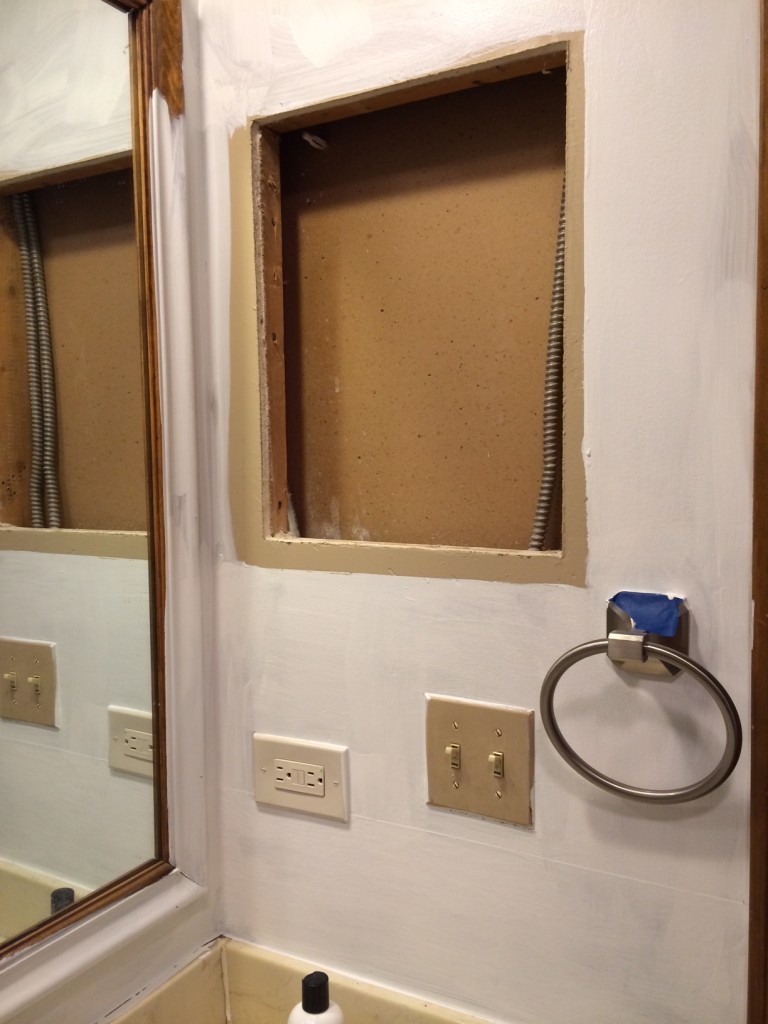 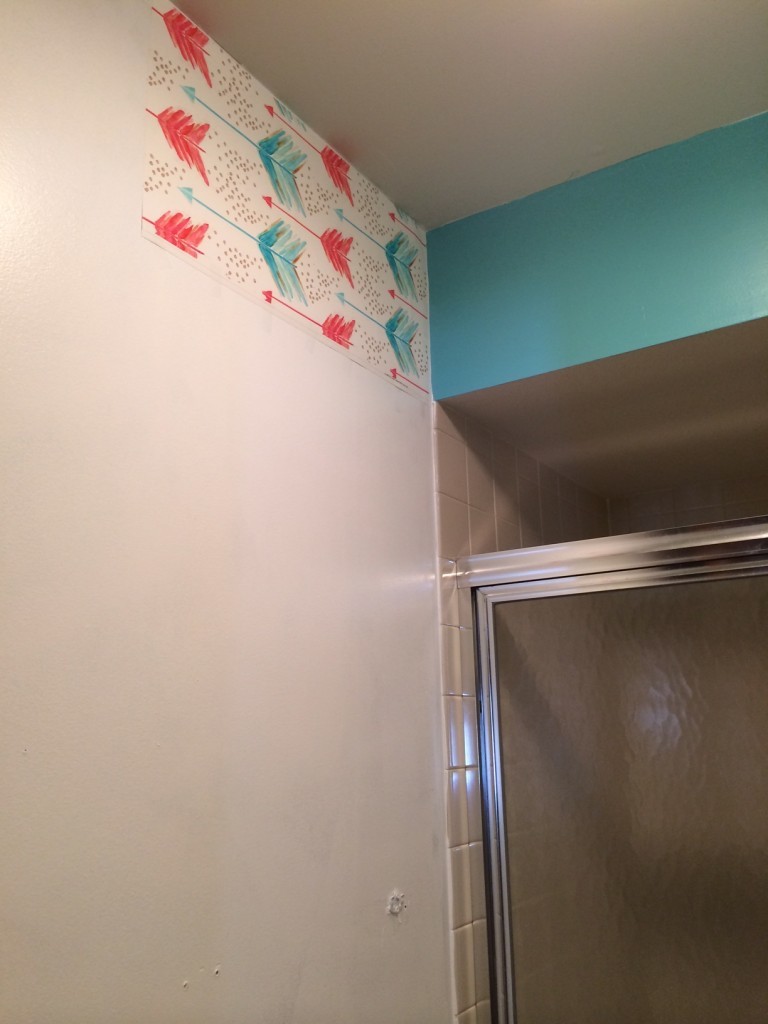 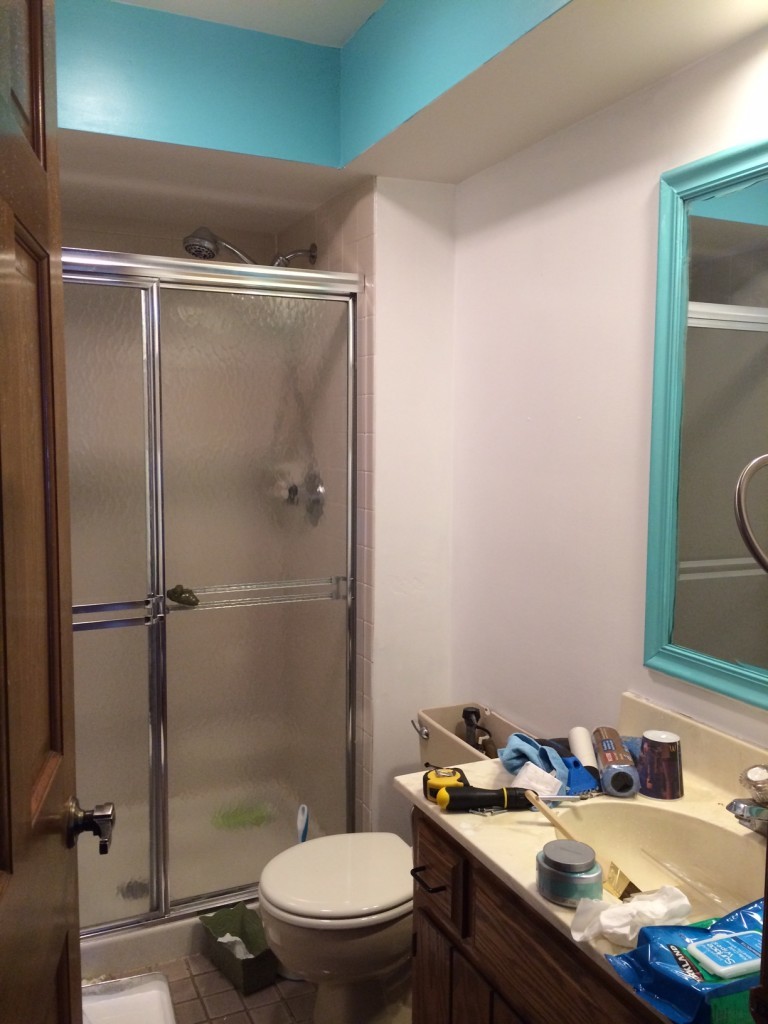 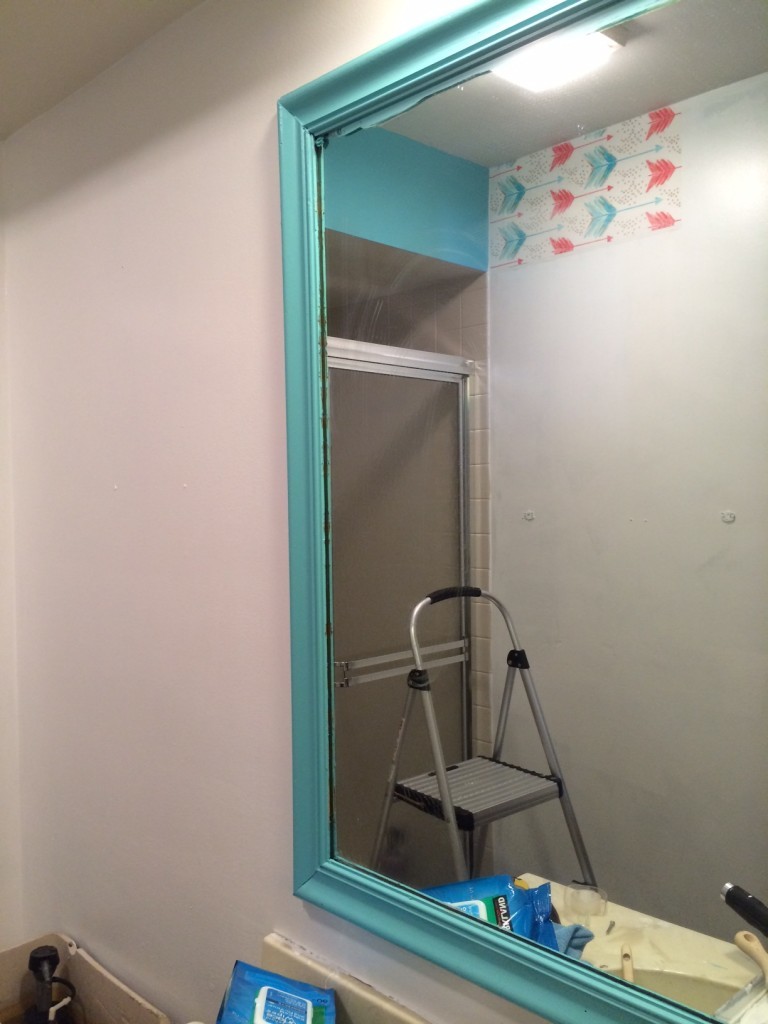 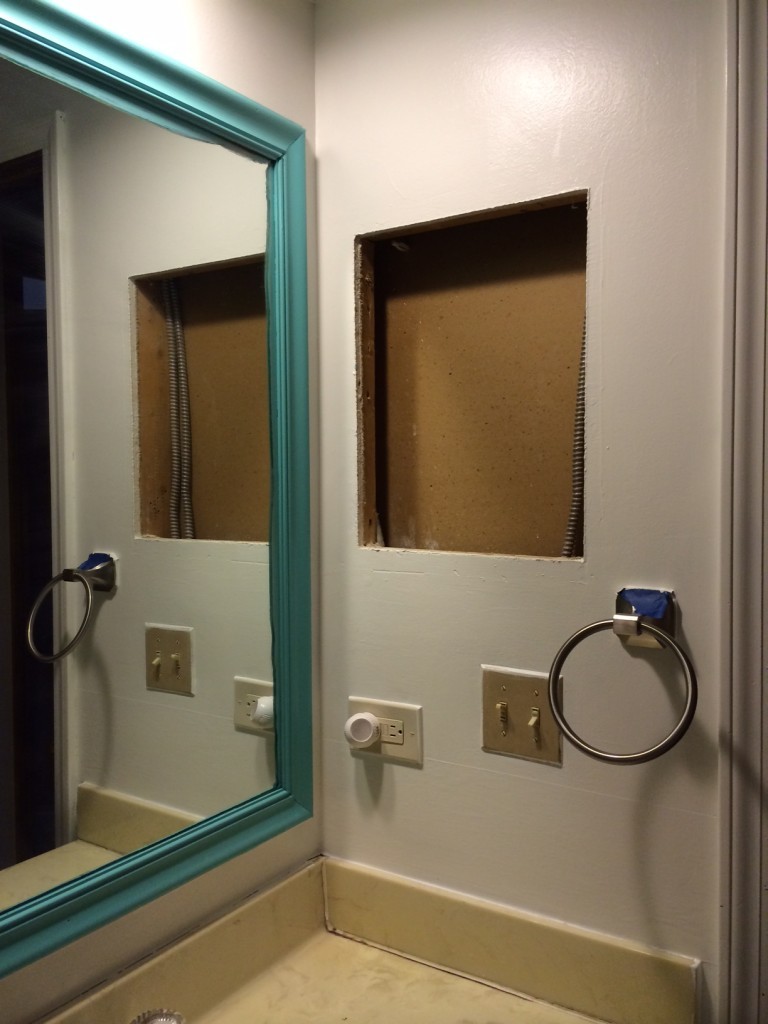 So this is where I am right now. You can see what I’m going for. The medicine cabinet would have been replaced already, but the hole needs a little work (there were some interesting things that came out of the hole that explain a *lot* of the wonky work done in the house). Basically the only thing that won’t be eventually changed is the floor tile, which I actually like. The wallpaper that will go on the big wall is from Spoonflower (I seriously love that site!).