I’ve been done with this winter for a while now. It has been freezing and the snow just keeps on coming. Now, before you start on me, I’m well aware that we chose to live here and that there are places where winter is far worse. While winter is my least favorite season anyway, this winter has just been rough and the snow has been getting the brunt of my frustrations. 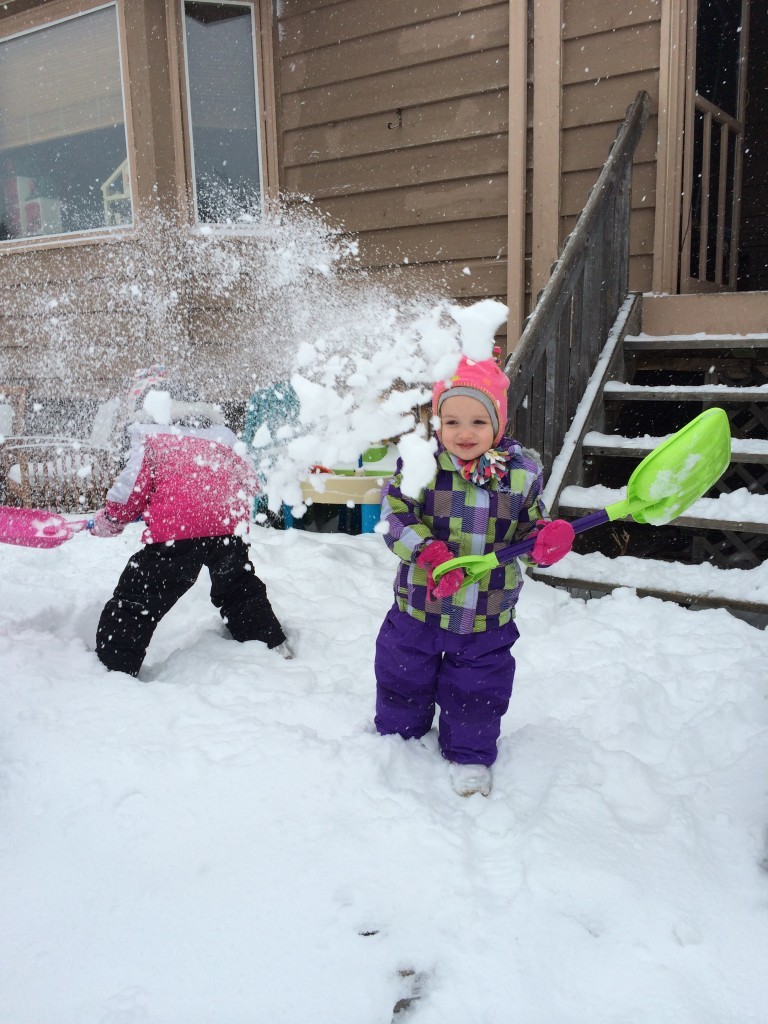 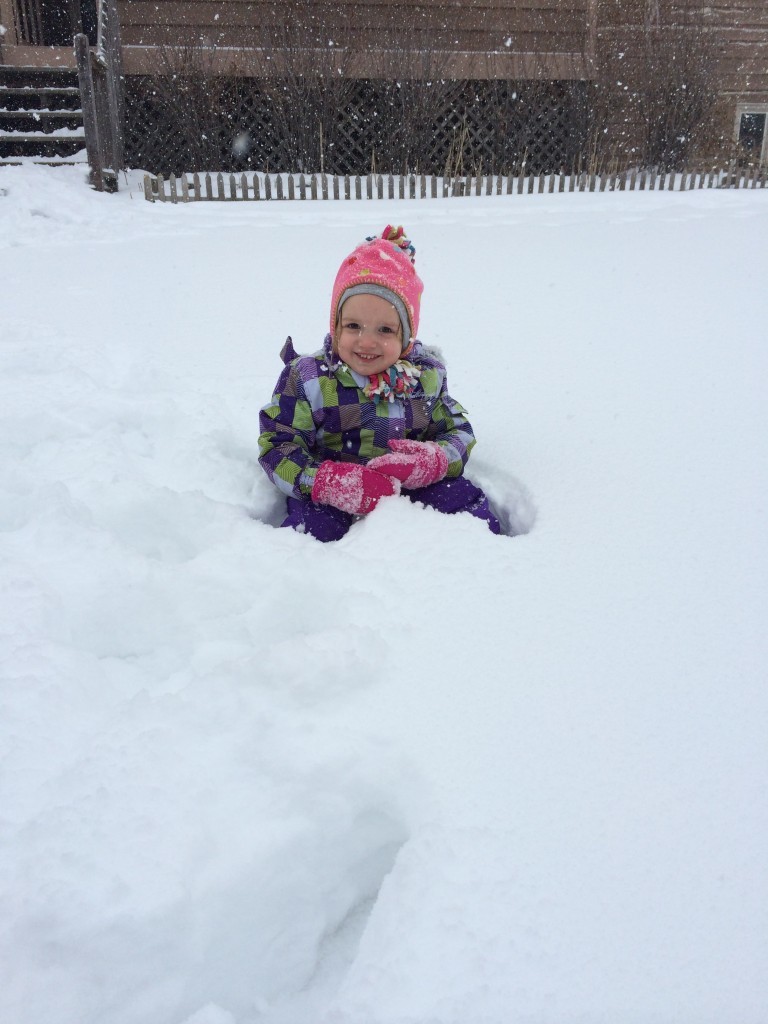 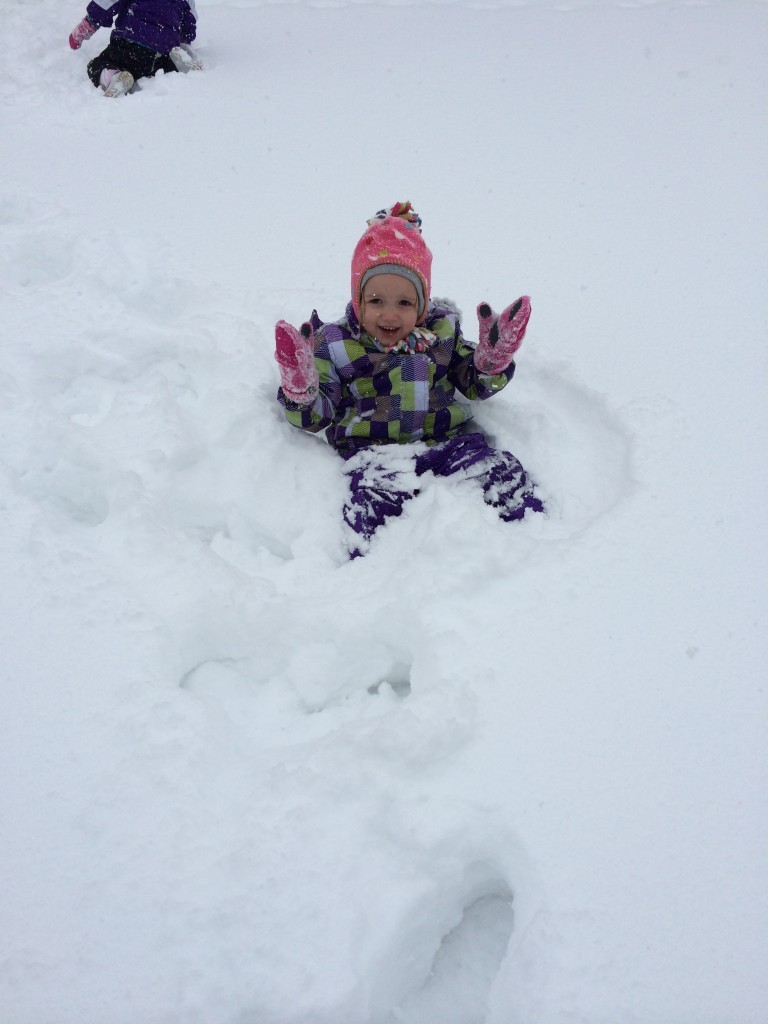 The girls have been sick constantly. Not just colds, but actually a kind of sick that has been quite scary at times. I seem to have bad luck just hanging over me and my van has been in the garage multiple times, I am now on my fourth phone this year, and I may have lost a few dozen emails. 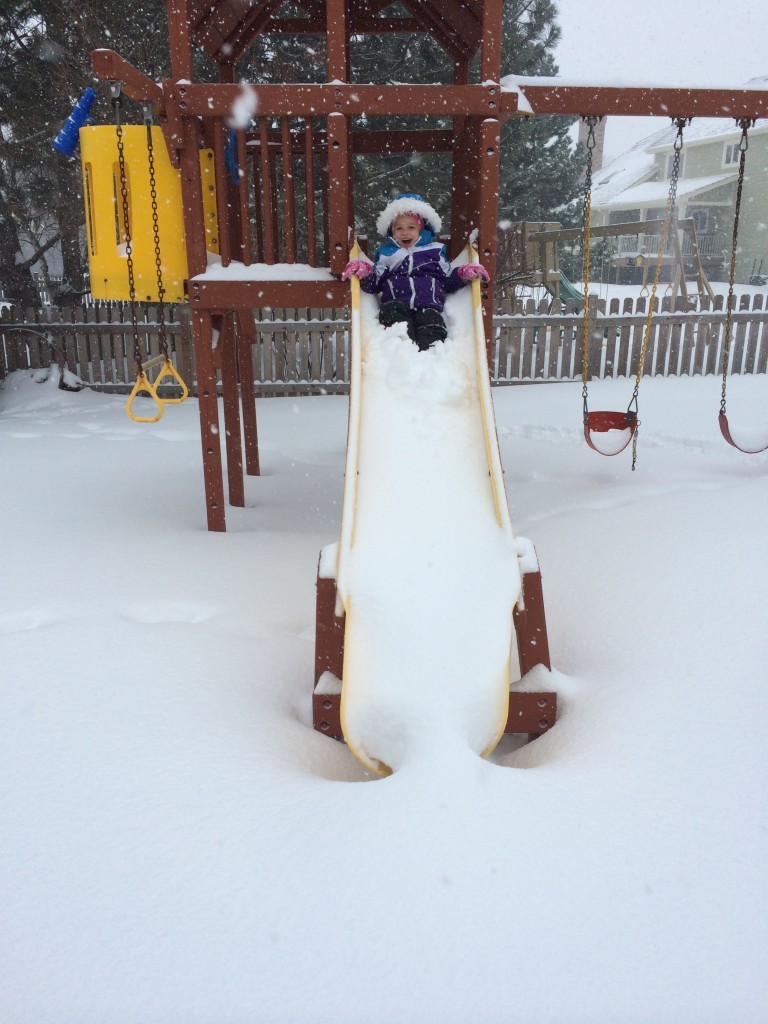 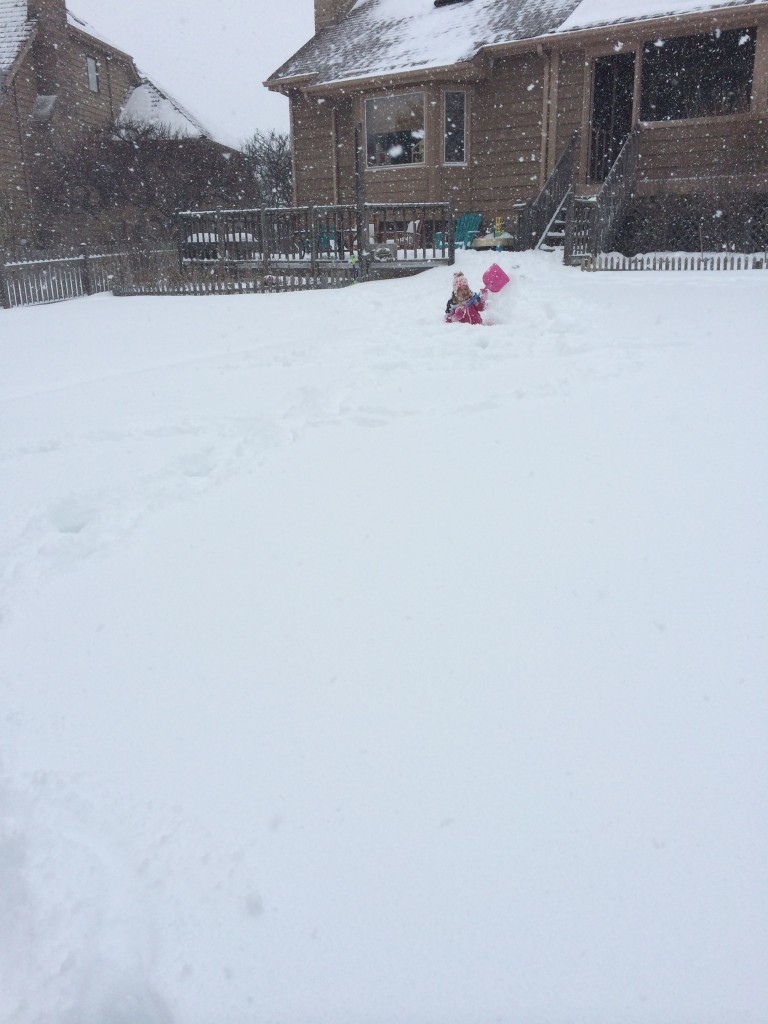 I started this winter saying that I don’t really mind shoveling, and it was true at the time. Right now, though, looking at my shovel is giving me an eye twitch. During the week, I’m the shoveler. Scott was sick during the last couple of snowstorms, so I’ve been  the weekend shoveler as well. The plows aren’t going through our neighborhood until late at night, so I’m waking up to us being plowed in and starting my day trying to just get out the driveway. 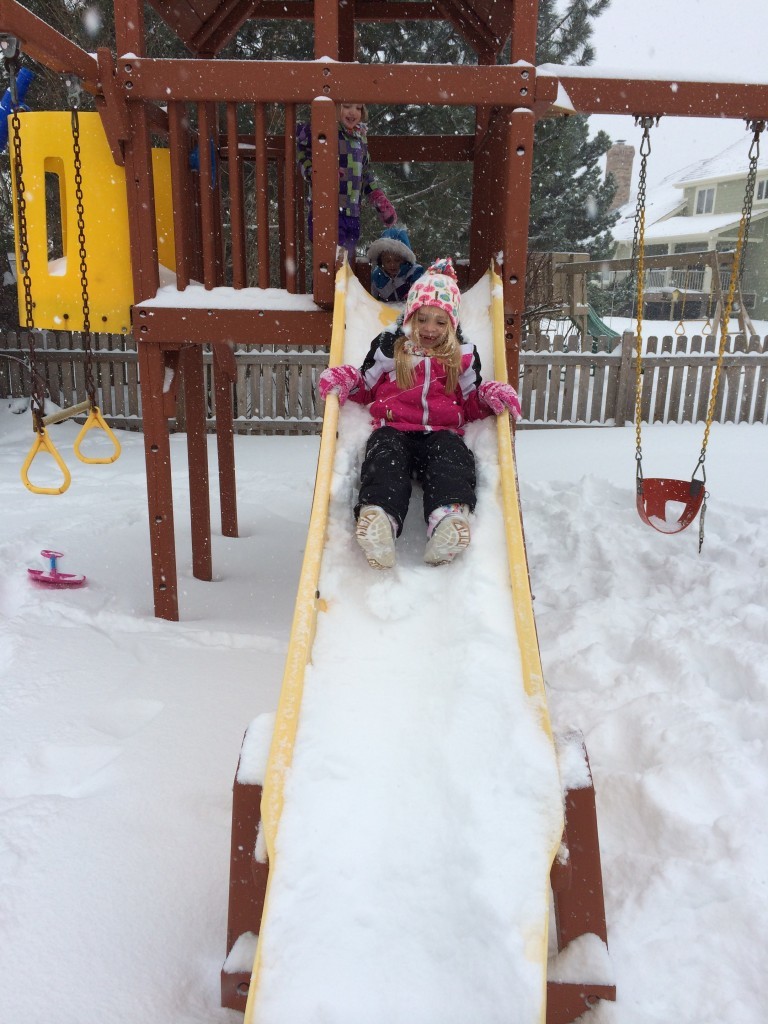 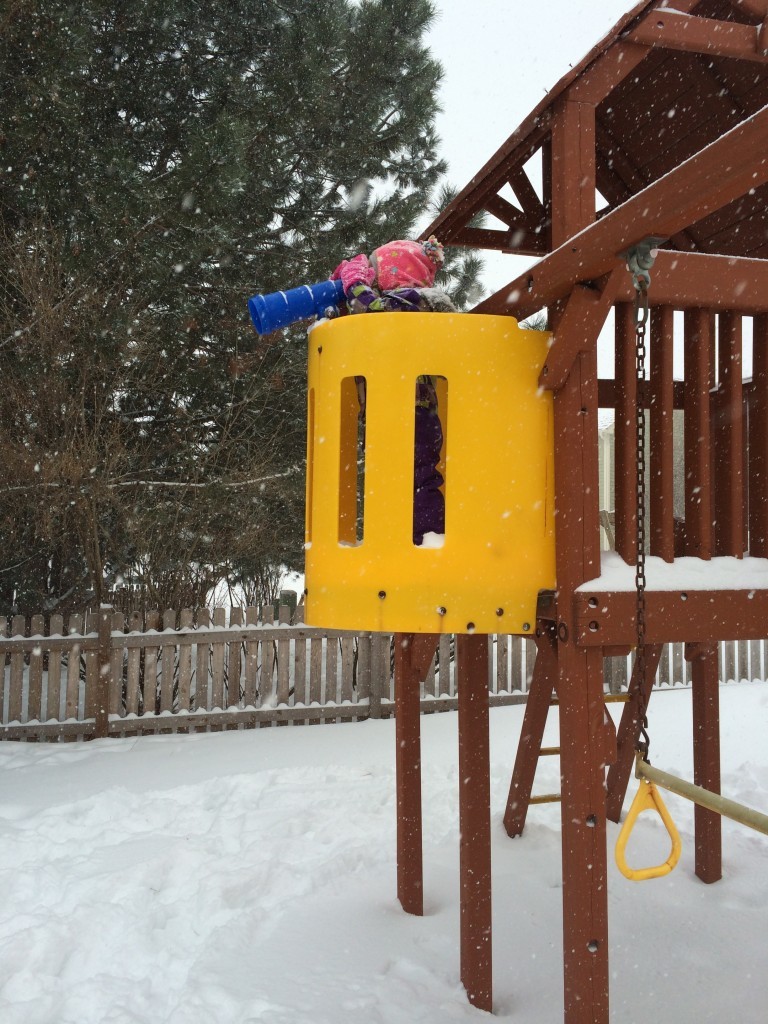 When I saw that we were getting another round, I may have said some unkind things in my head. The girls, however, were hugely excited. For the first time since almost the first snowfall this season, no one was sick and it was warm enough to go outside and play. We got bundled up, they grabbed their shovels, and out the door we stumbled. 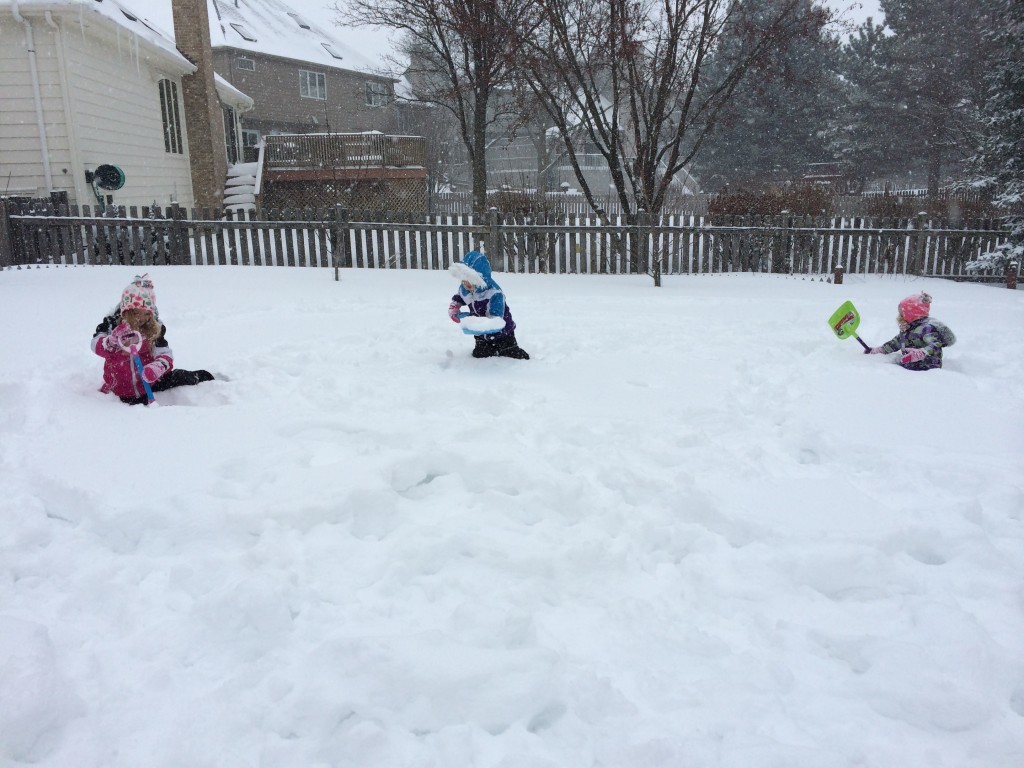 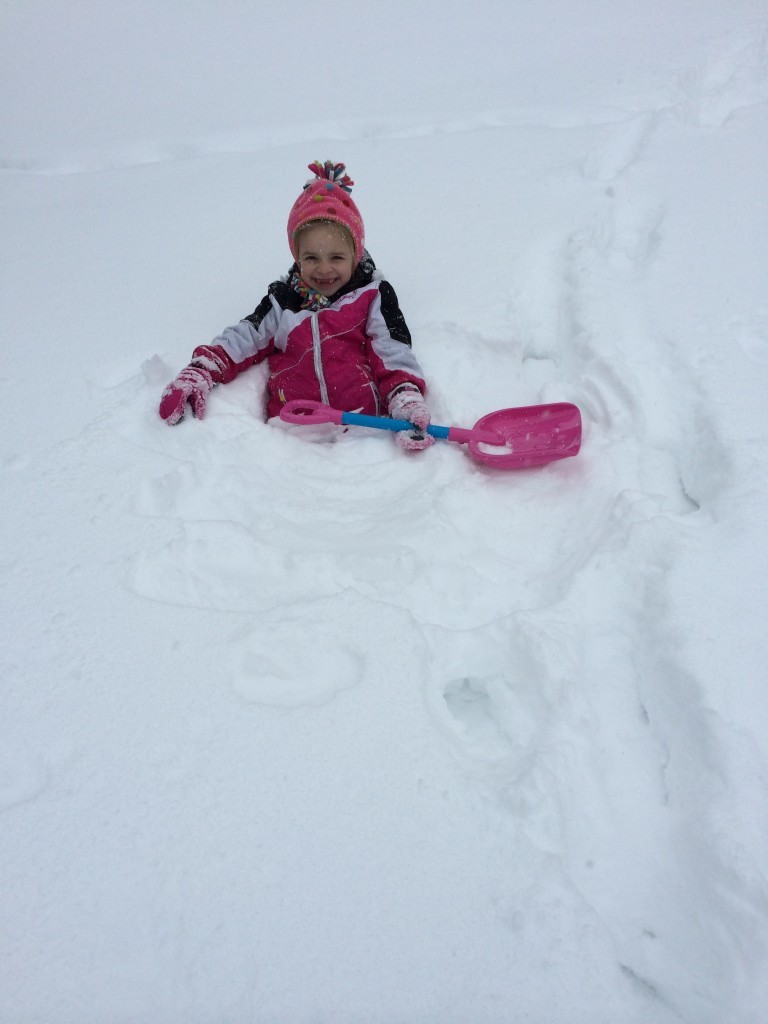 There were plenty of places in the yard where the snow was up to their thighs. They fell a lot. They stumbled around, threw snow, tried to slide, and absolutely had a blast. 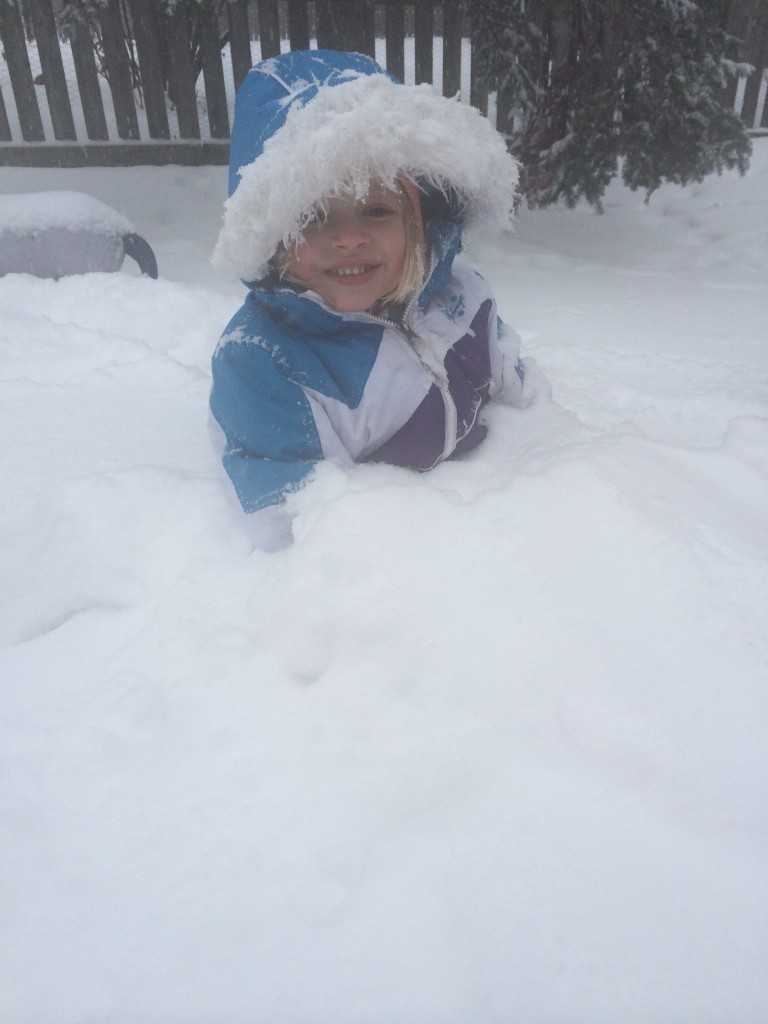 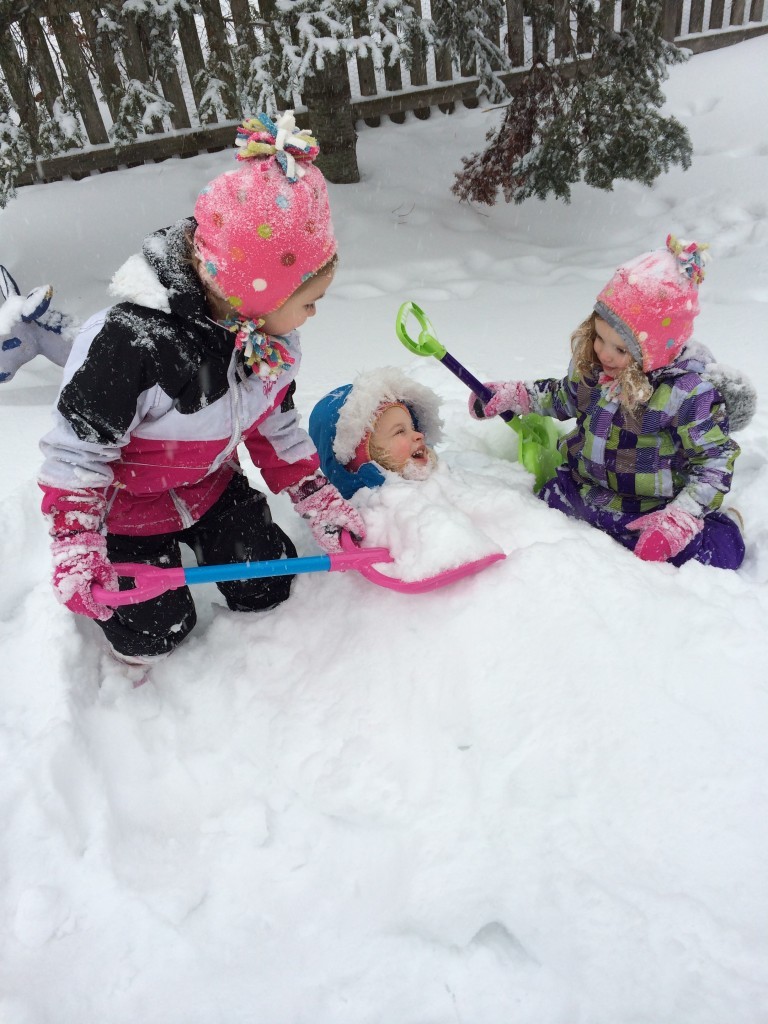 I had commented on a blog recently that I needed to see the snow through kids’ eyes because it had become such a horrible thing to me. Playing with the girls today, seeing how much fun they were having, remembering how much fun I had in the snow as a kid, made *me* have fun. It was a fantastic release–for all of us.

When we finally went inside, we drank hot chocolate by the fire and made snow ice cream. Some enterprising teenagers shoveled us out (best $25 ever spent!). The girls were talking about their day as they fell asleep. It’s just been one of those good days, and, once again, my girls showed me how to have fun. Best snow day ever.