I have an unhealthy obsession with the end of the world. There is nothing better than a disaster flick–the cheesier the better. In my head, the end of the world comes about in many ways, but it always has a contingent of survivors, and, of course, my family is among them.

Sometimes there’s a zombie outbreak. Zombies scare the crud out of me and the older I get, the more nightmares I have. In my magic Abbyland, my house becomes a zombie-proof self-sufficient fortress. But we don’t need to talk about zombies right now. Other scenarios are mostly natural disaster oriented but involve figuring out how to live in the new world.

One of our neighborhood grocery stores recently closed. It was our regular and I’m still coming to terms with it not being there. We went for one last shop before their doors closed for good because they were having major sales and we thought we could stock up on some of our staples. 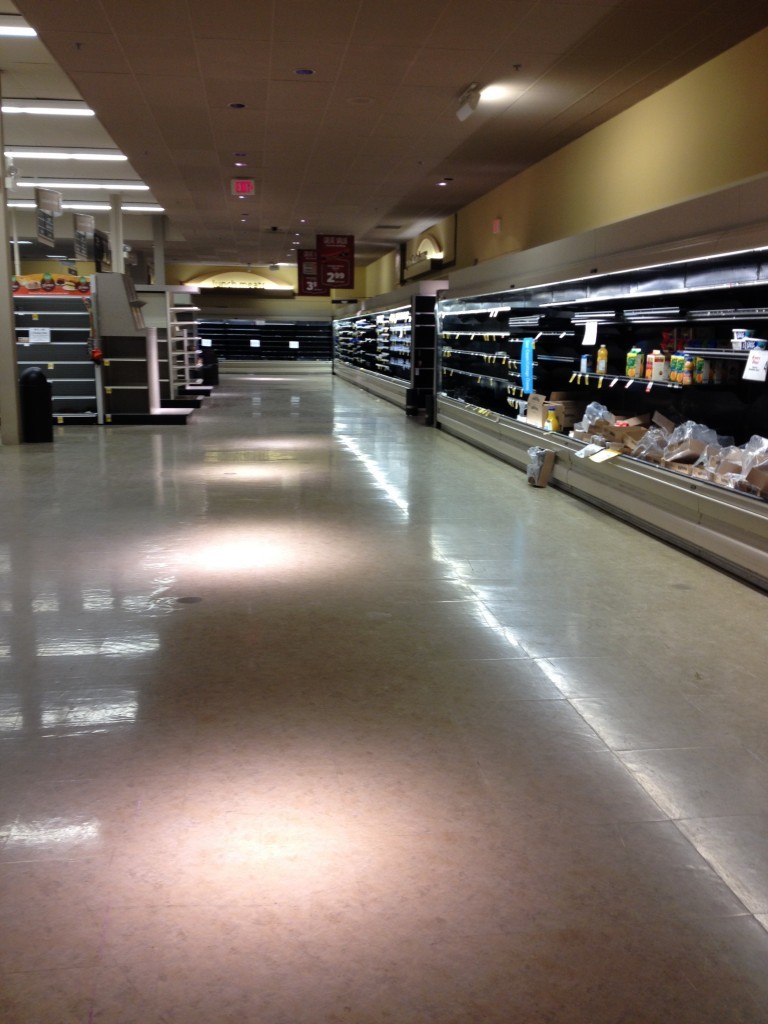 Not so much. The shelves were mostly empty. The lights were quite dark. Very few people were around. I found myself creating one of my post-apocalyptic worlds in my head. 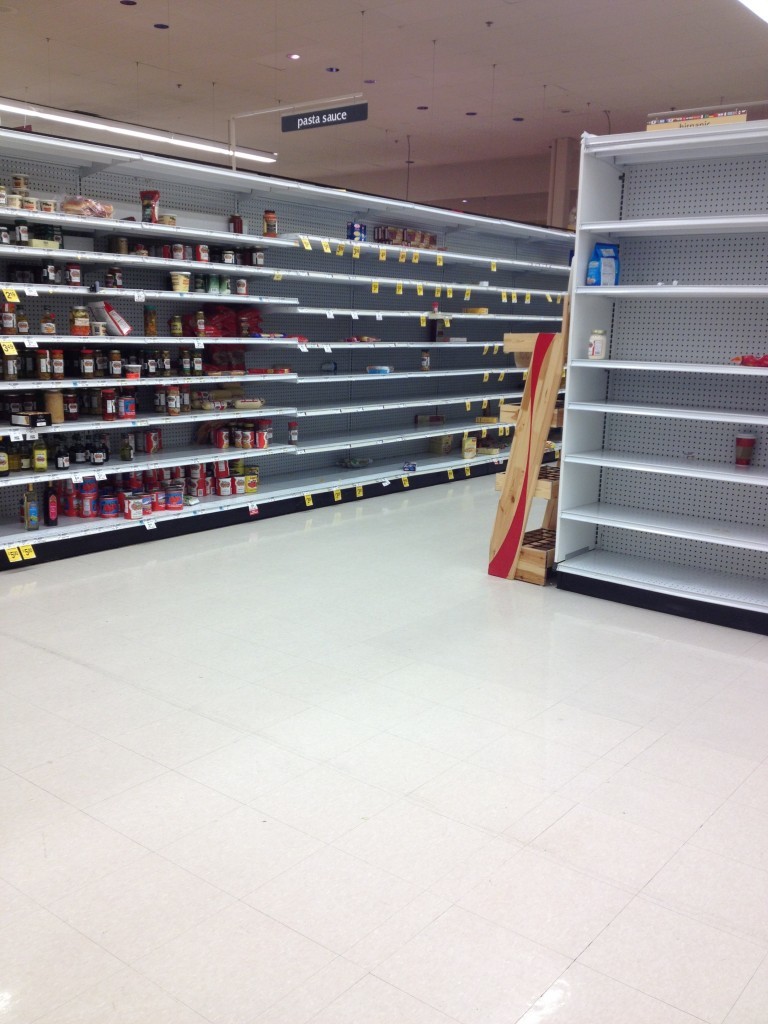 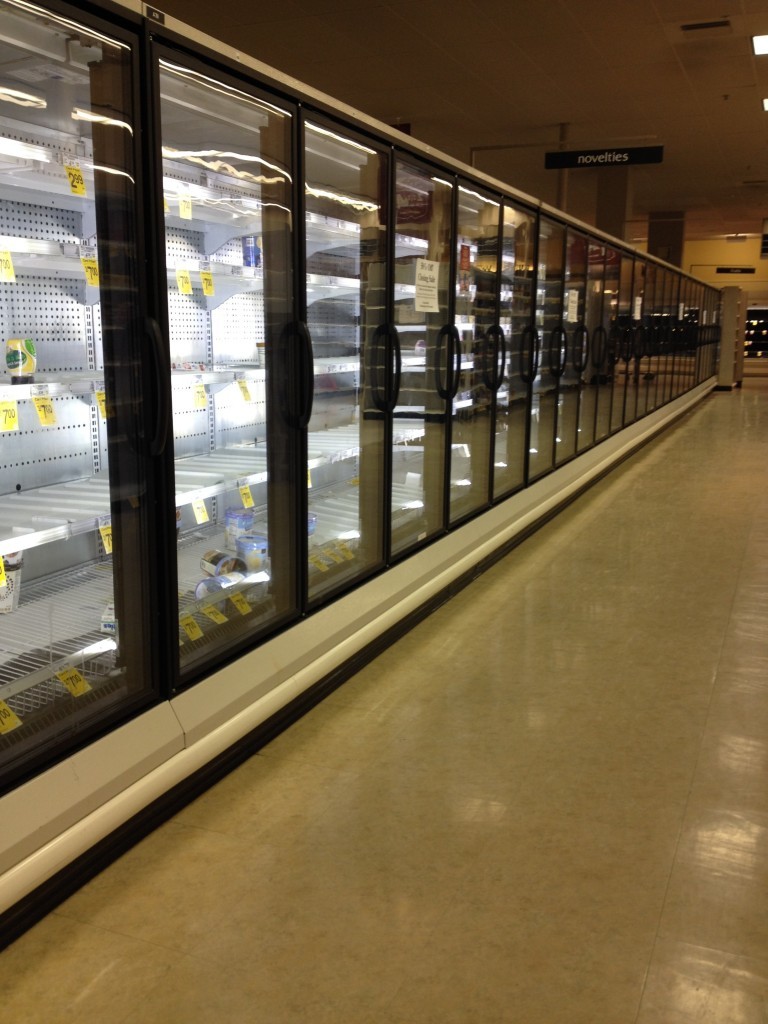 It was easy to imagine people storming the doors in the immediate aftermath of whatever disaster had been inflicted upon us. The toiletry area was completely empty. Most canned goods were gone. Nothing was left in the fridges or freezers. There were random containers thrown around. It was fun to let the spooky atmosphere and my imagination run wild for a while. 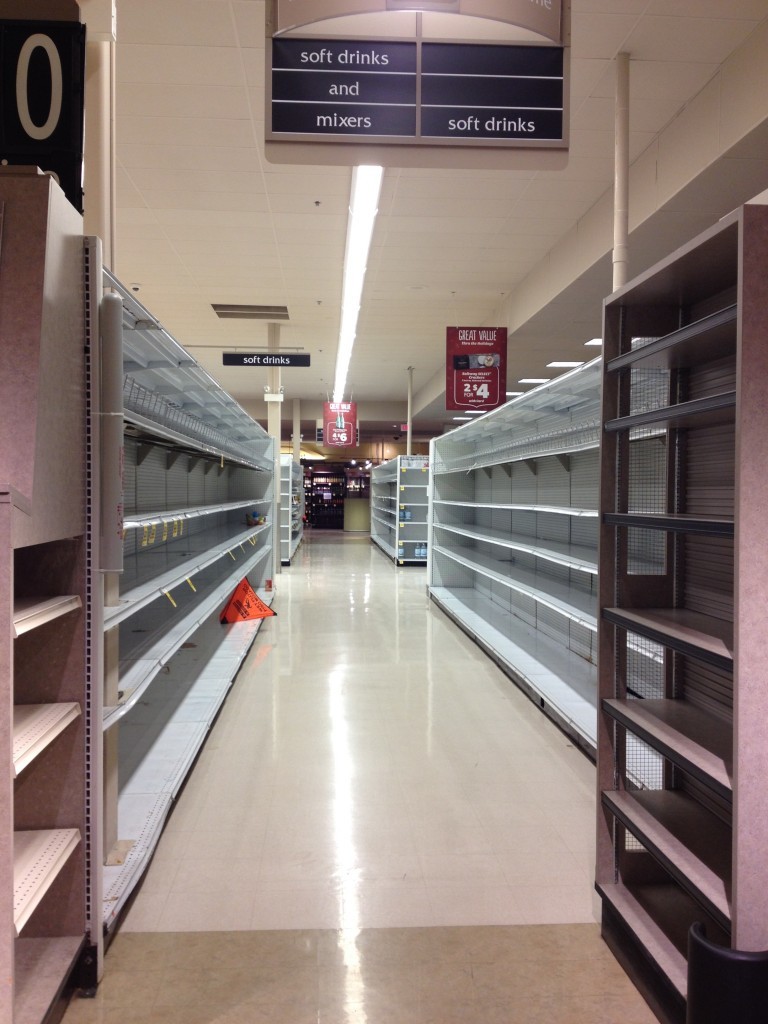 I found myself wondering what I would grab if I knew that this would be my last chance to get anything for a long time. Part of my problem is that my imagination isn’t very practical and it counted on my house never losing power, having infinite storage, food never going bad, and us having enough for eternity. I’m also not needing to run from anything (*ahem* zombies).  Anyway, I came up with the obvious canned goods and then got tickled with the idea of black market soda once it’s in short supply.

There’s a proper story in my near-empty grocery store and it will get filled in one of these days. Right now I’m imagining it involving a never-ending winter. And if you’re curious, we got a bunch of bottles of katsu sauce, a ton of marshmallows, and a few bags of frozen broccoli. Plenty to live on in a post-apocalyptic world, right?