How to Make a Jumbo Yarn Tassel

We are full into unpacking mode and are at that point where we can see how things will be and it’s awesome, but we still need pieces of furniture and there are things to do that will take some time. There are boxes everywhere, but corners are starting to get cleared and I’m able to start playing around with little touches. It’s properly chilly here now and if you know me, you know I have a thing for blankets. I wanted to make sure that a blanket or four is always within reach so rounded up some baskets. They’re fine baskets but plain so I’ve been playing around with sprucing them up. For this white basket, I made an oversized tassel out of yarn. This is how to make a jumbo yarn tassel in just a few minutes. 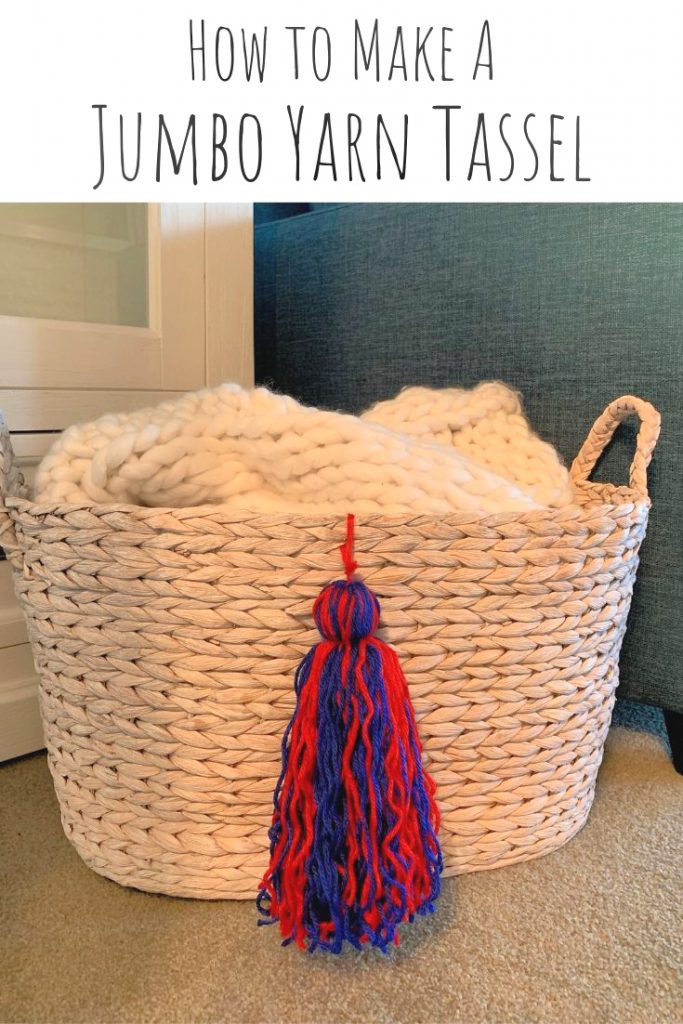 If you’ve been around my blog for a while, you’ll have noticed that I use tassels a lot and have talked about how to make tassels in various ways. I’ve never shown how to make large tassels before, though. They’re super easy! I used two colours of yarn and went with a bit of a patriotic theme to make the white basket pop. We have boxes out the wazoo right now so I just ripped off a flap and used that as my tassel maker. 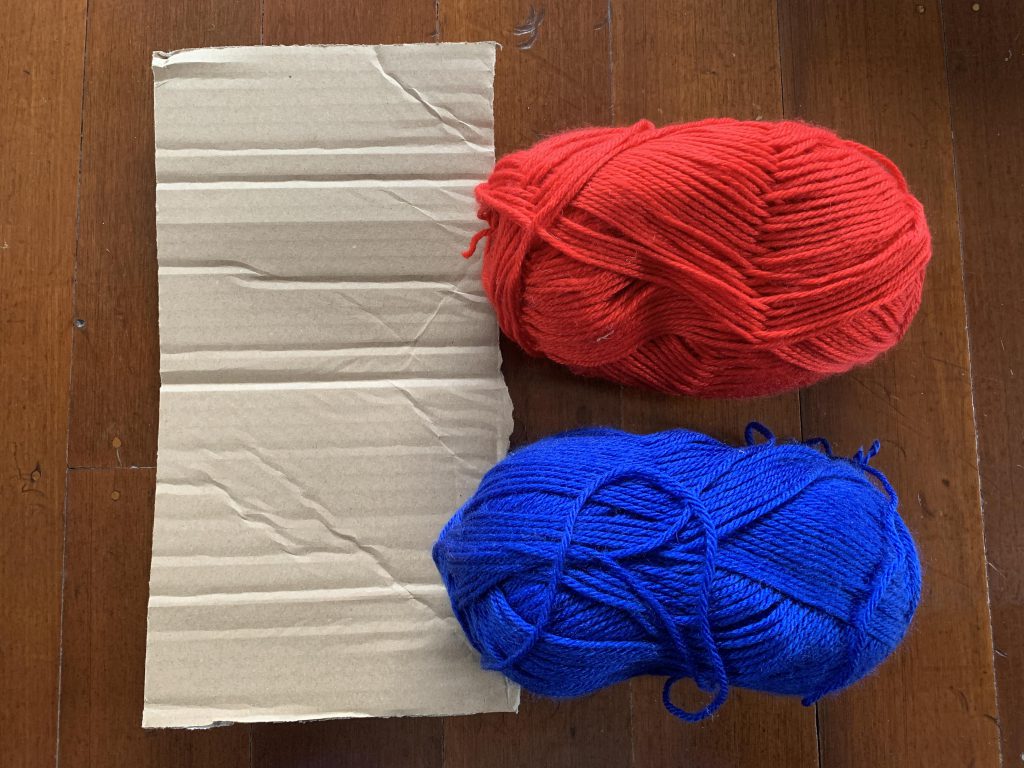 Start wrapping the yarn around the piece of cardboard (anything sturdy will work–just find the size you want). I was wrapping pretty quickly and pulled the yarn a bit too tight–you’ll see that the cardboard started to buckle a little. 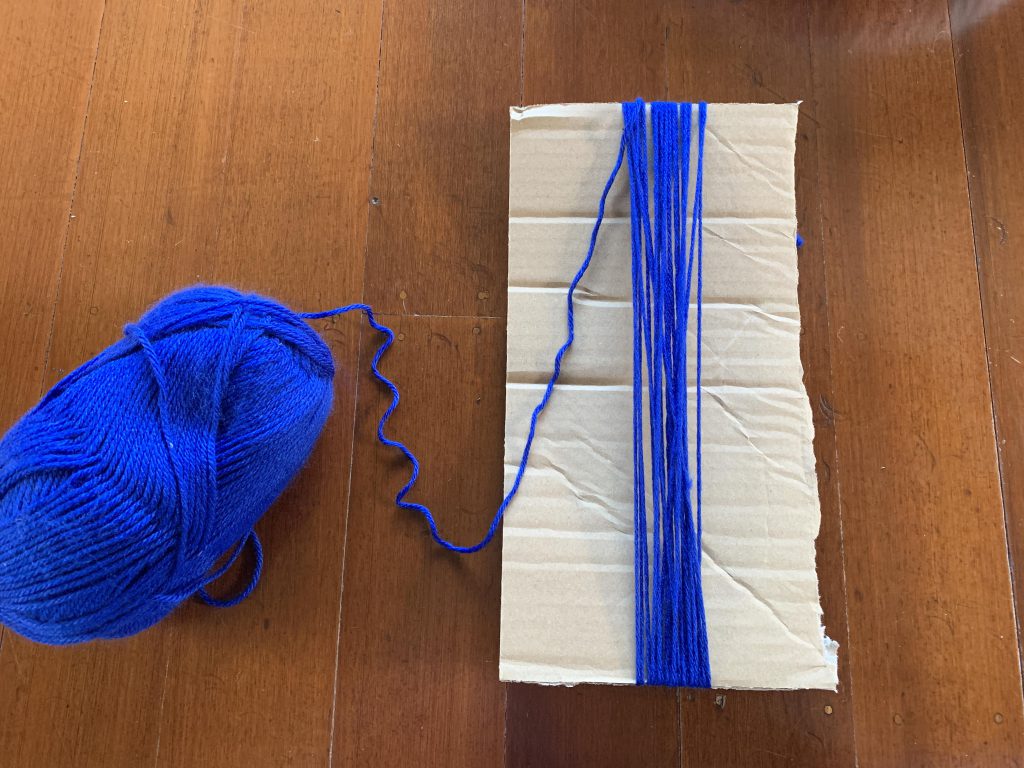 Add in your second colour (if you’re using one!) Swap back and forth between colours until you have the thickness you want. 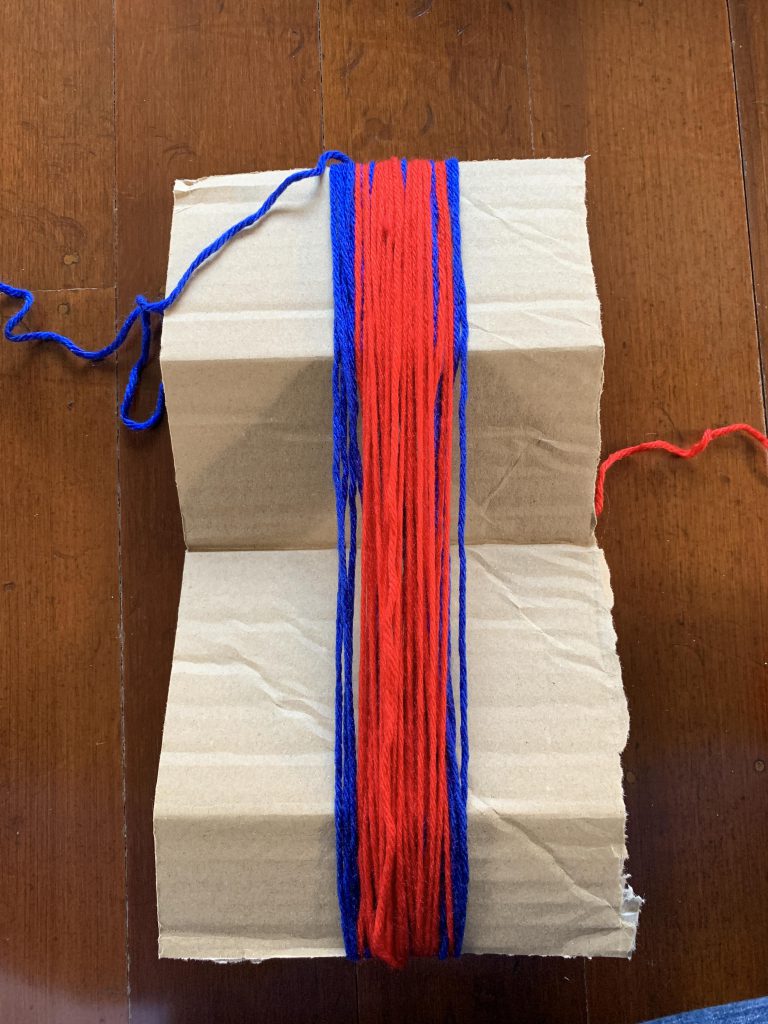 Cut a small length of yarn and slip it under the top of your tassel (between the wrapped yarn and the cardboard). Tie it off as tightly as you can. Cut the bottom of the wrapped yarn (the opposite side of what you just tied). 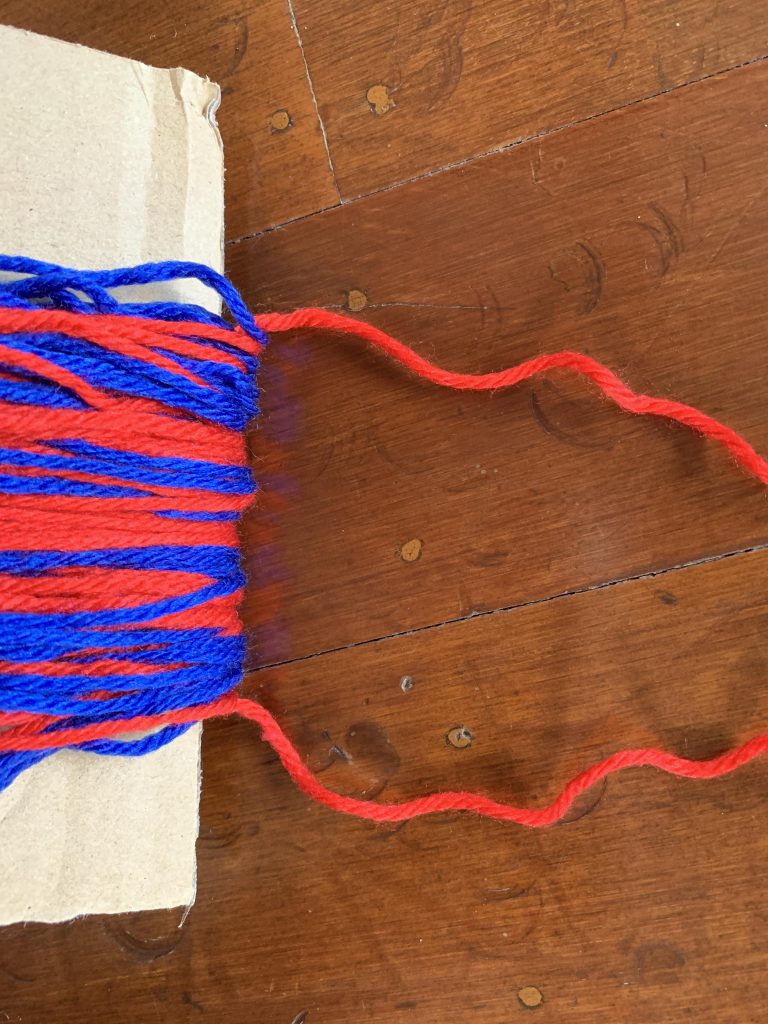 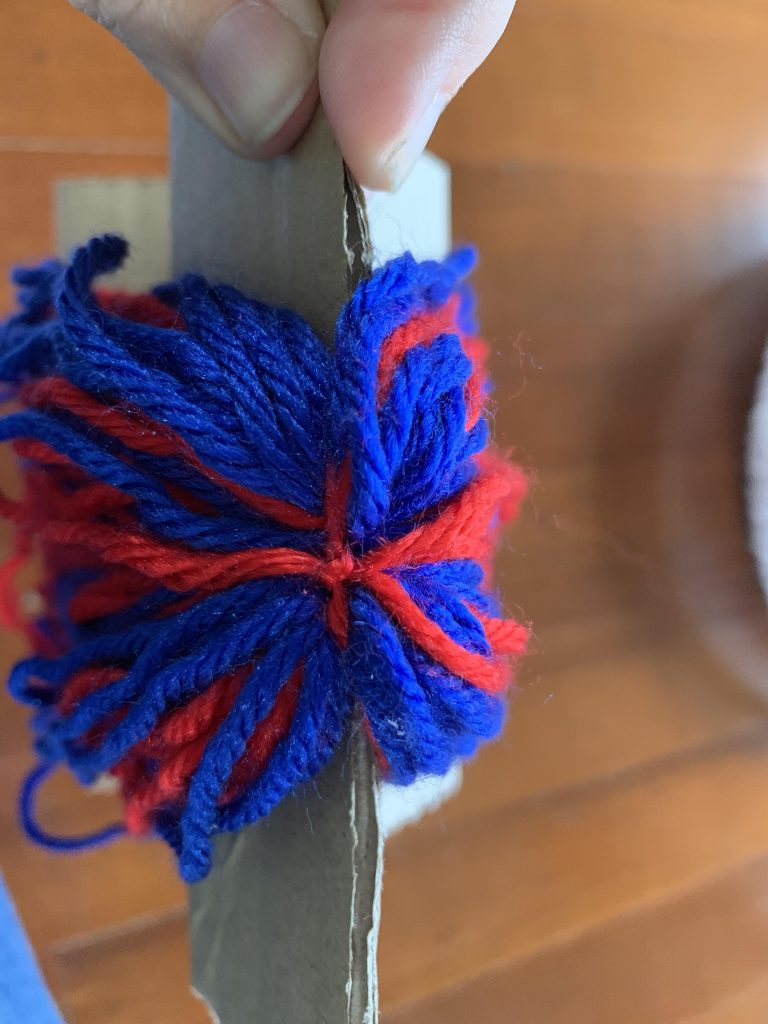 With another small piece of yarn, tie a bit of a bobble (again as tightly as you can). Trim the ends of the tassel so that they’re even. 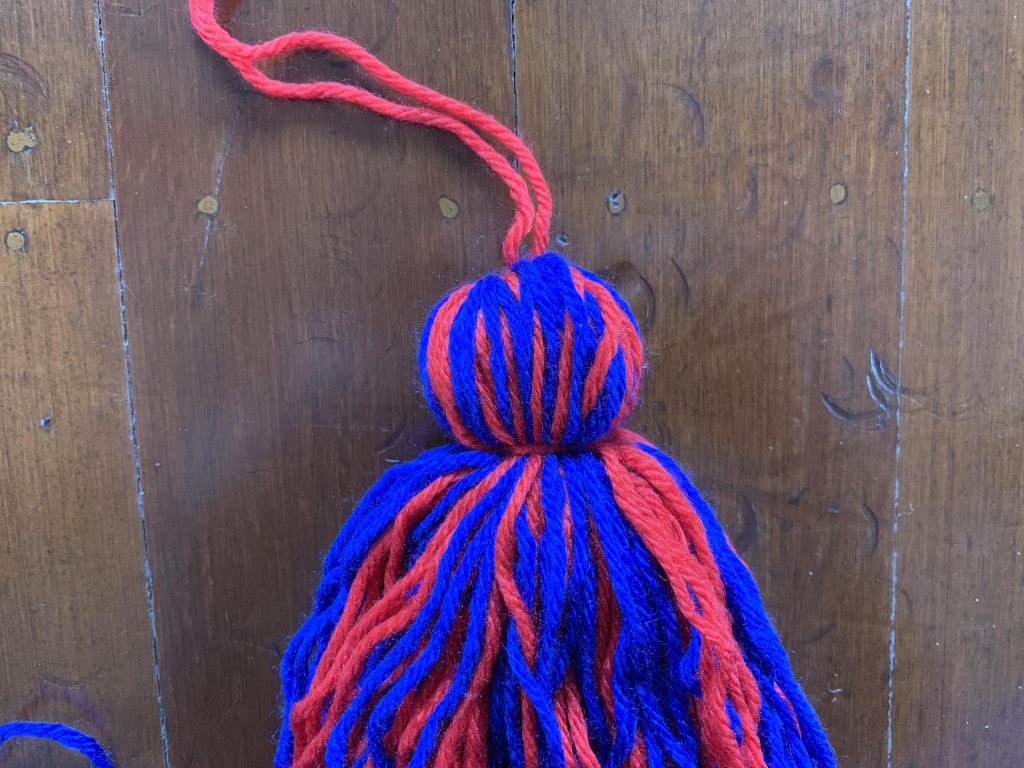 These easy jumbo tassels can be used for anything, but mine went straight onto my blanket basket. It’s so fun to be able to make these little touches again. 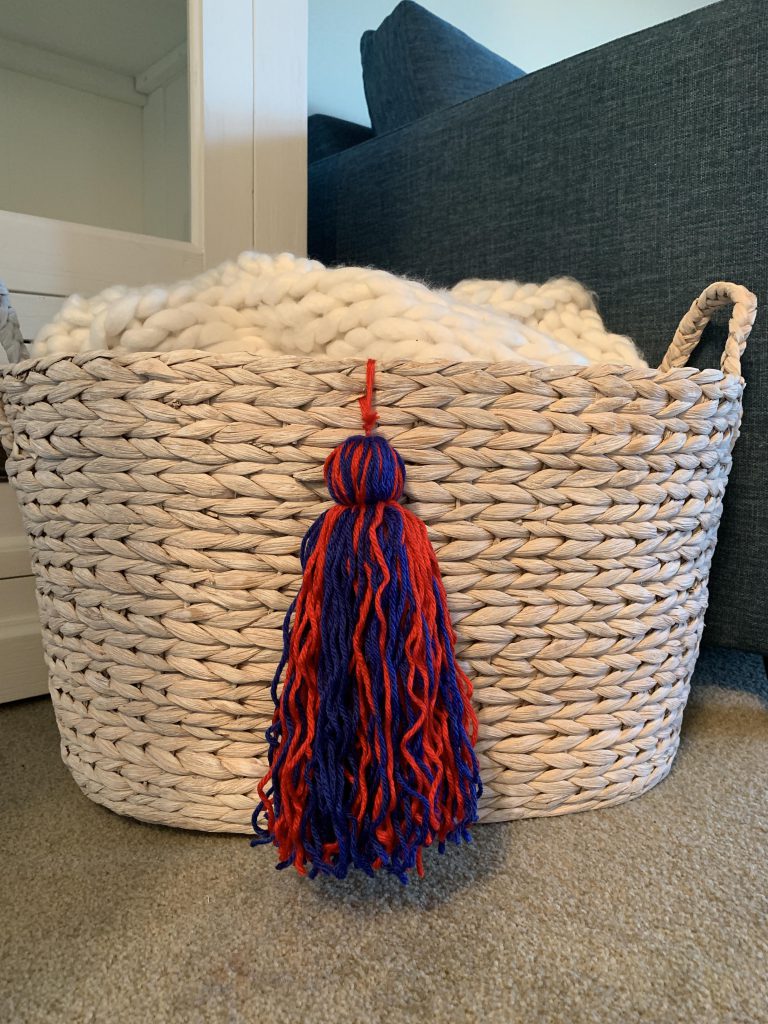 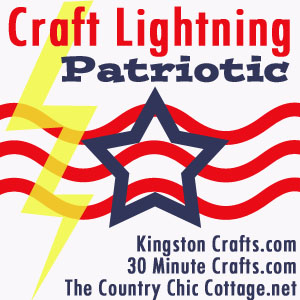