Ages ago I asked for ideas on what to do with our living room. We have a game plan for basically the whole house, but were so stumped on what to do with our main room. I got a ton of great suggestions on Hometalk, but still couldn’t quite make a decision on which way to go. Scott and I bounced ideas off each other for months. We’d both browse Pinterest and send each other links. We’ve torn pages out of magazines, made notes of what we like, done a lot of sketching, and moved things around in the room itself. We finally came up with a plan that makes us both happy and very anxious to get started! It will probably take us the rest of the year to get the bulk of the work done, but we’ve already made a good start. We’ve rearranged our current furniture and brought in some pieces (temporarily) from the rest of the house to make it cozier. We brought in the chair from The Accusing Parlor to add some more seating, but it needed a side table. We had an old basic table in our basement, so I decided to pretty it up using some Annie Sloan Chalk Paint and the Tribal Batik Furniture Stencil from Royal Design Studio. 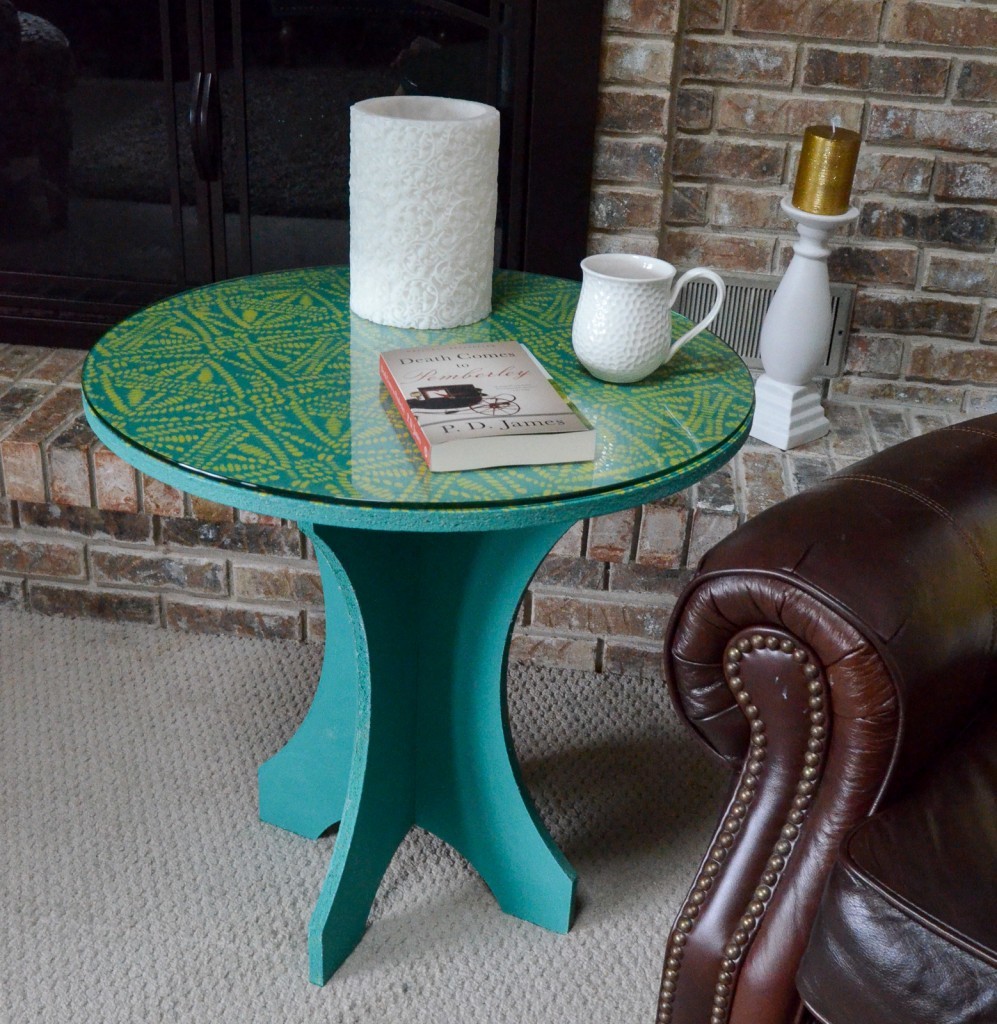 The table wasn’t anything special and was meant to be painted. 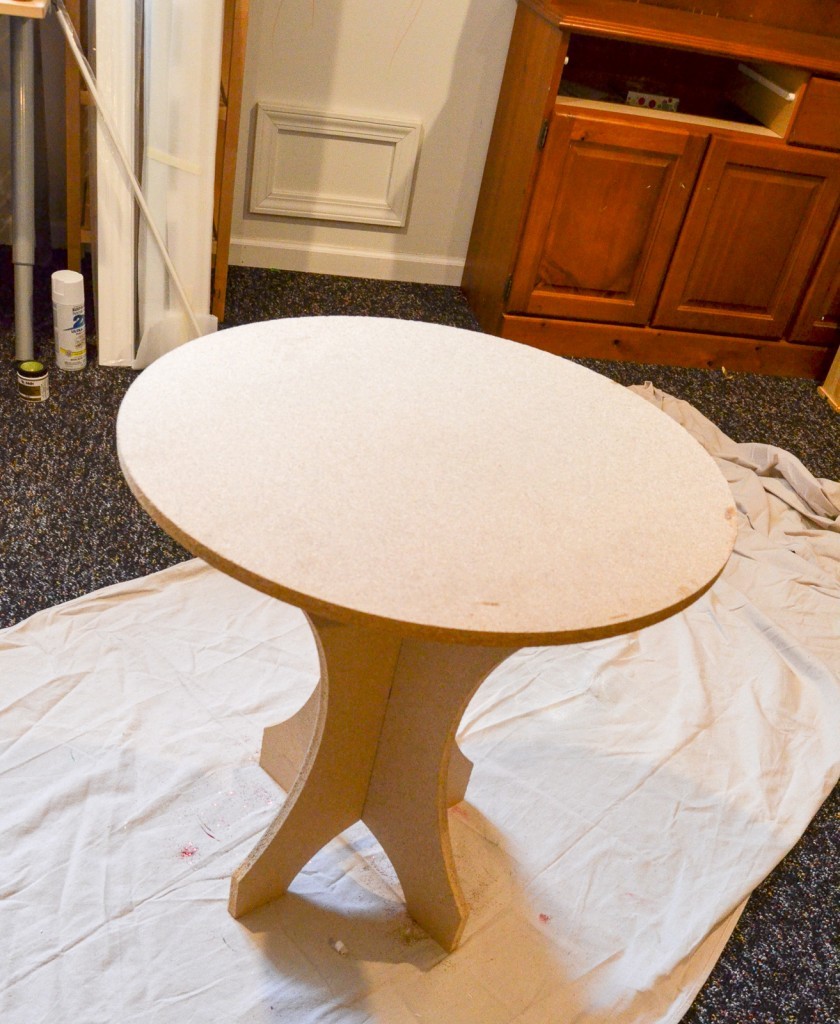 It broke down into three pieces, and I painted them using Annie Sloan Chalk Paint in Florence. 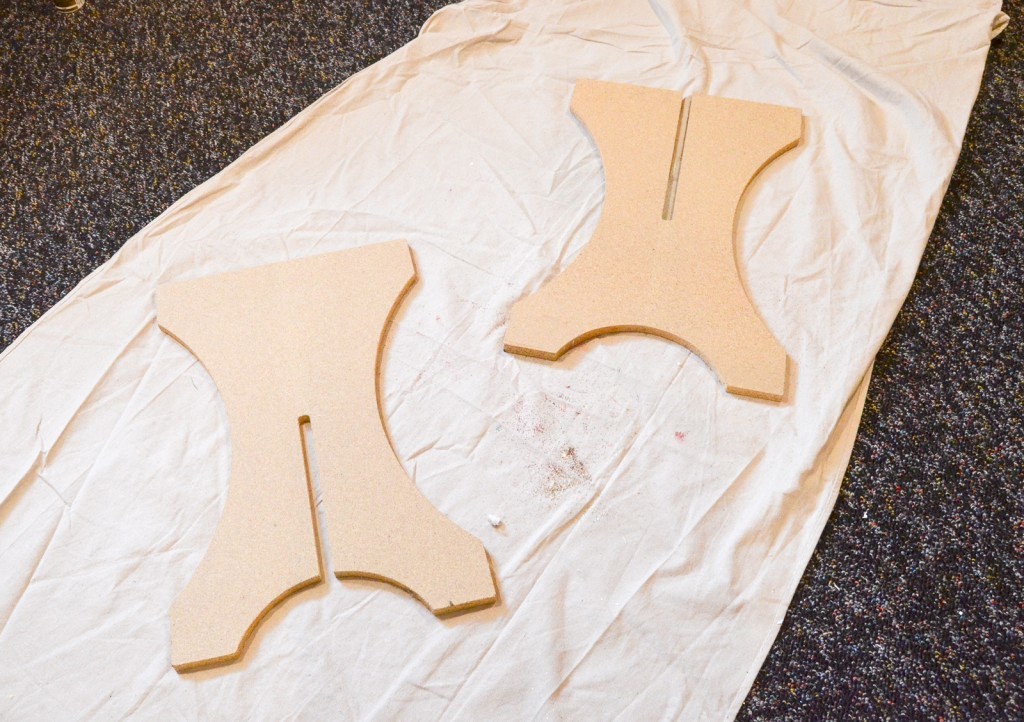 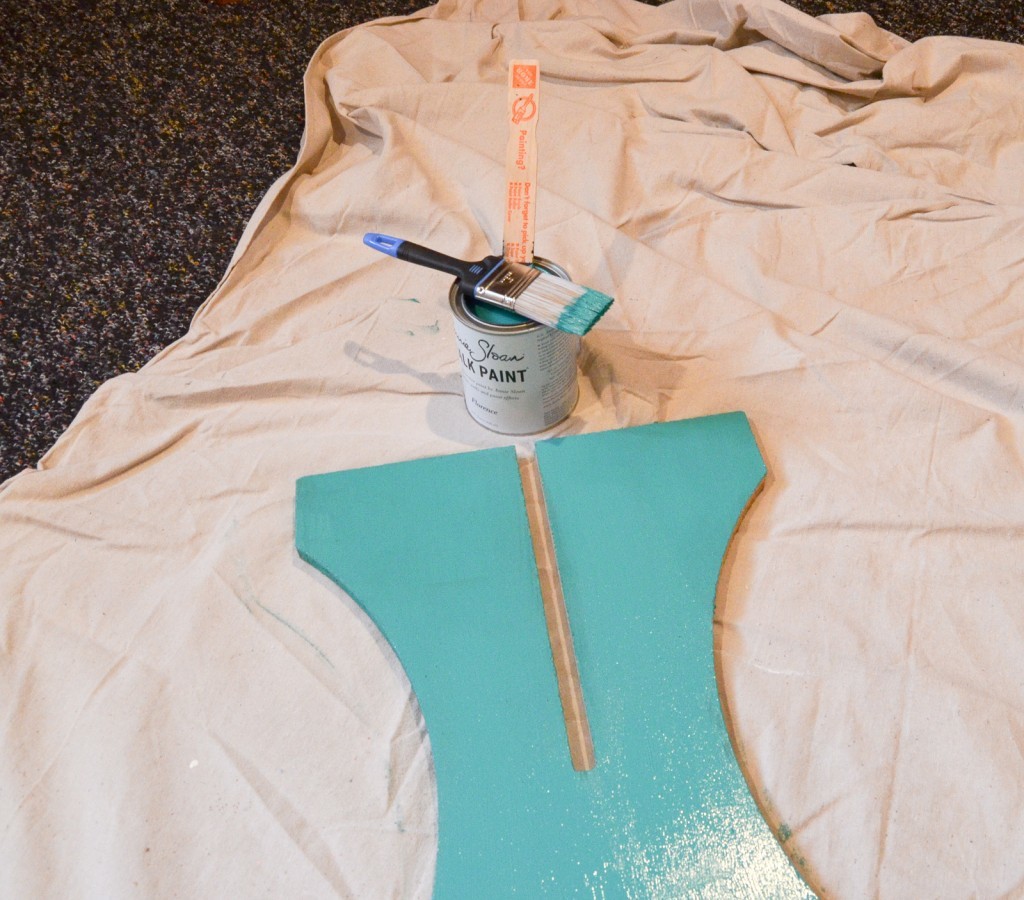 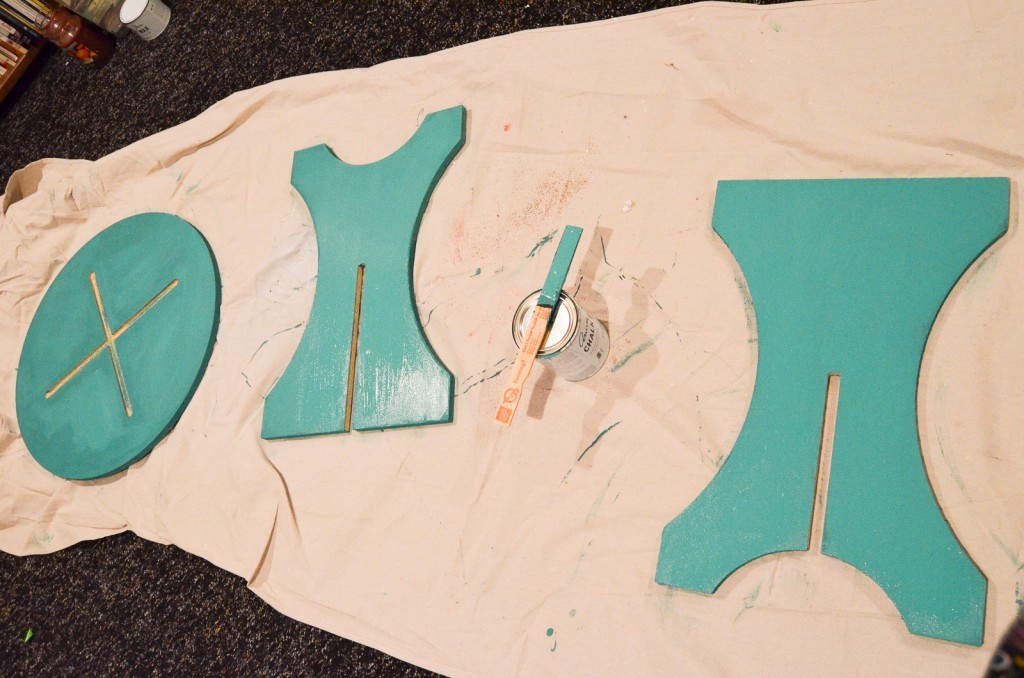 I used English Yellow as my stencil color. 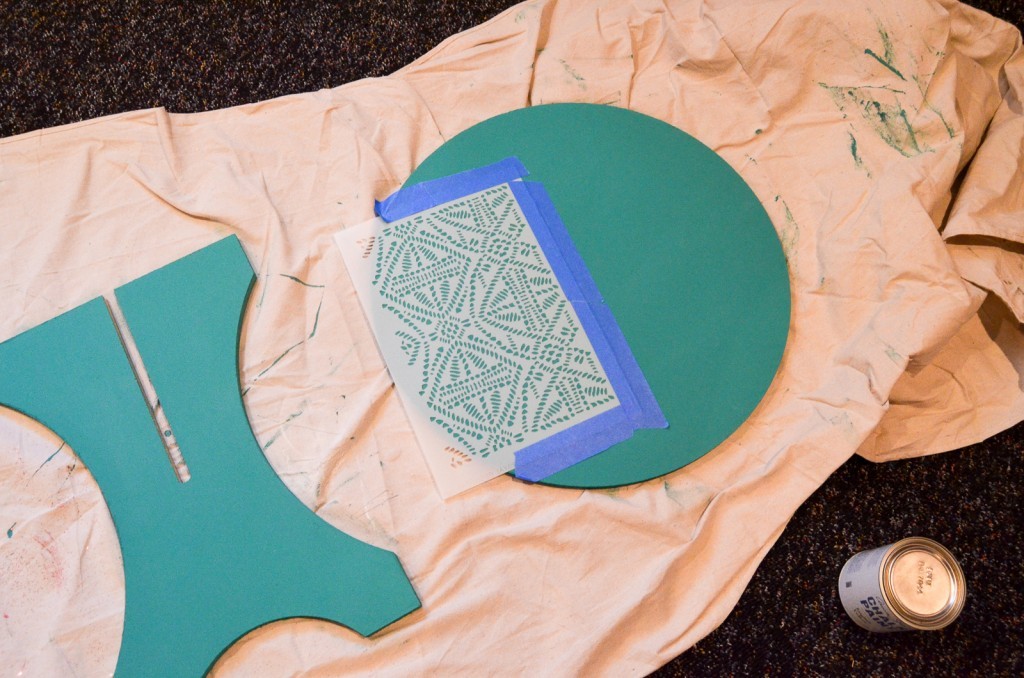 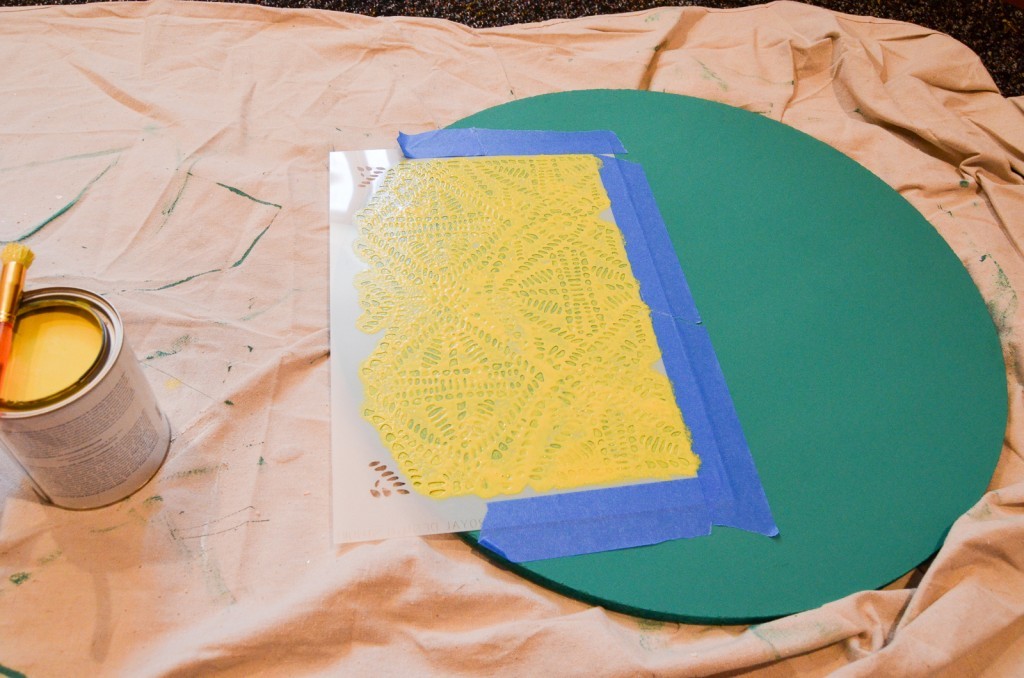 If I have any advice for you regarding stencils, it’s to take your time. Slow and steady. Don’t get impatient and try to hurry it. This was a small table, but it took me a few days of stenciling to get it all finished. Granted, part of that was because I have four kids to take care of (the baby’s down for her nap! Go go go!), but I don’t know that it honestly would have gone much faster since the paint had to dry between one patch and the next. 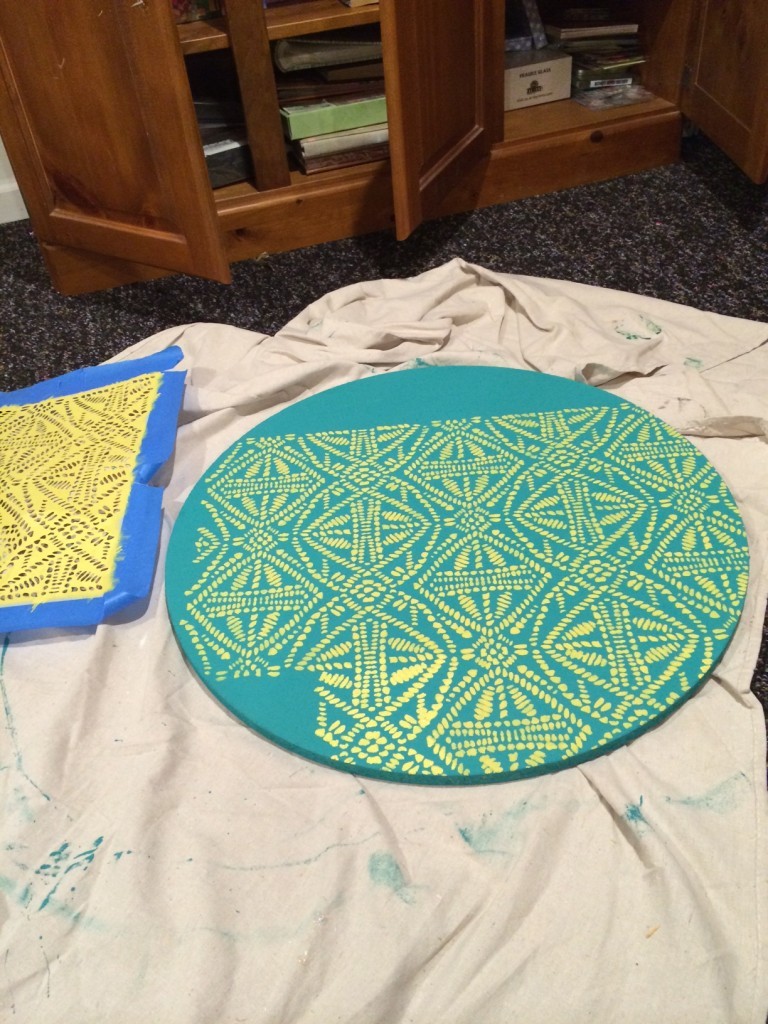 You can see the spots where I didn’t take my time. I thought about going back and redoing it, but decided that they gave the table character, and weren’t bad enough to start all over.

I finished off the entire table with clear wax. I had bought a glass top that fit the top of the table, which gave it a nice finish for the living room. 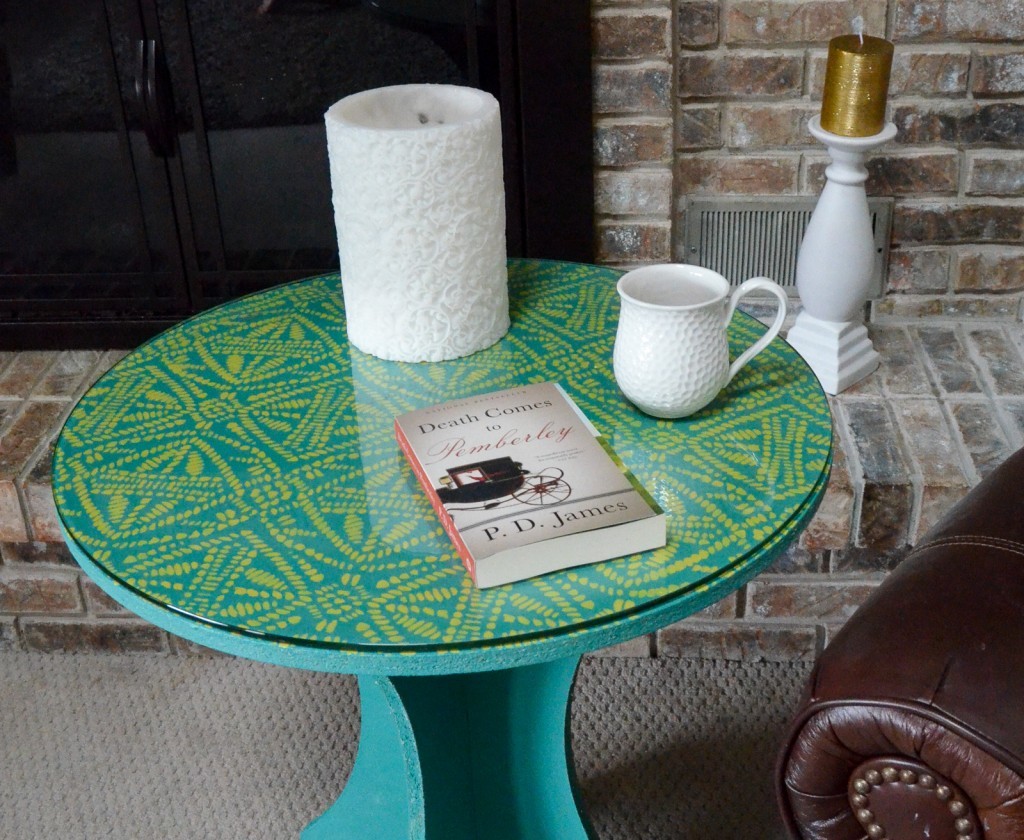 I’m pretty pleased with how it turned out. It gives the room some functional personality while we’re in this transitional phase. It can also be moved easily, which helps a lot since basically every project we have planned will require it. 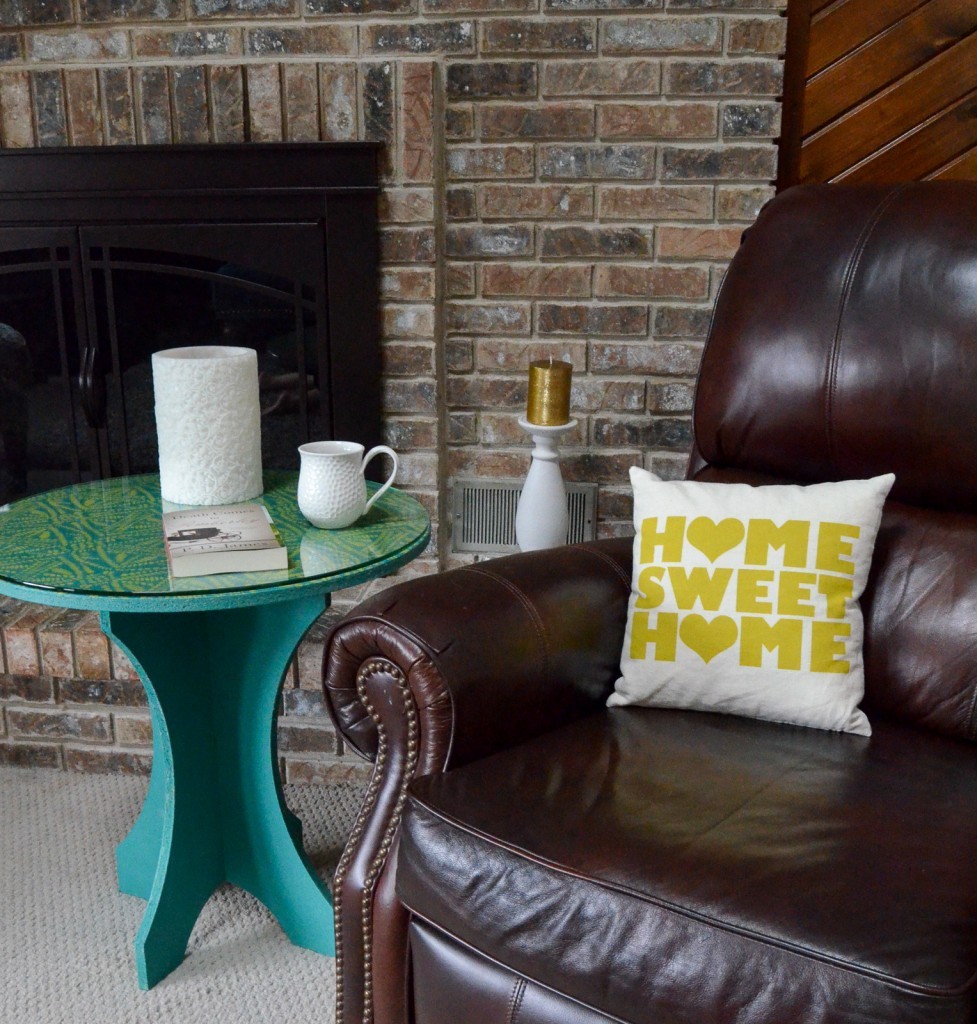 I’m looking forward to sharing more projects as we work on transforming our living room. My Tribal Batik Side Table is very small in the grand scheme of what we’re planning, but I think it’s a great start.